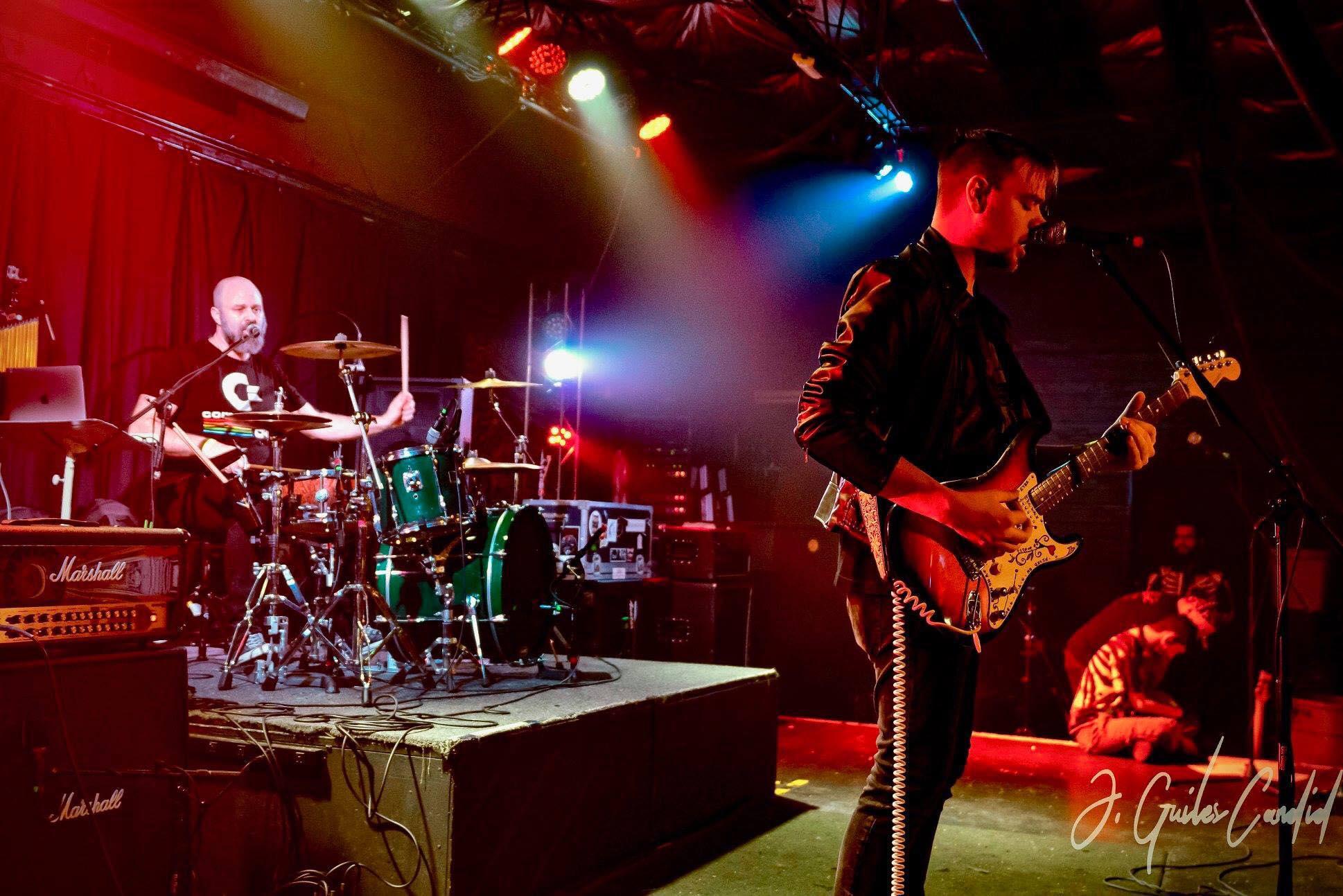 Ego Mechanics is a two-piece Chicago rock duo that combines melody and raw power. After moving from Wisconsin to Chicago four years ago, Arp posted an ad on Craigslist and connected with transplanted UK drummer Jonathan Ross in 2015 on Halloween. Prior to Ego Mechanics, Arp performed under various names, most recently as Seth Arp and the Hands. Ross recorded with Goodbyehome before collaborating with Arp, and the rest, as they say, is history.

The Localvores open the show around 8:30 pm. I plan to be there, and I hope you’ll consider joining us, as well!

I recently sat down with Ego Mechanics to see what they have in store for CHIRP Night at the Whistler.

It’s been an interesting 15 months for Ego Mechanics since I first played “Burnt Orange” on CHIRP. What have you guys been up to lately?

“We just returned from the 'Fire & Ice' Showcase in Orlando, where we performed with several up-and-coming indie bands from Chicago and Orlando. The audience response was fantastic,” Arp says.

“Yeah, it was an interesting show,” Ross adds. “We needed to travel light, so we left a lot of our effects gear in Chicago and played a stripped-down version of our music. I think that forced us to put even more energy into our performance. It turned out to be one of our better shows.” 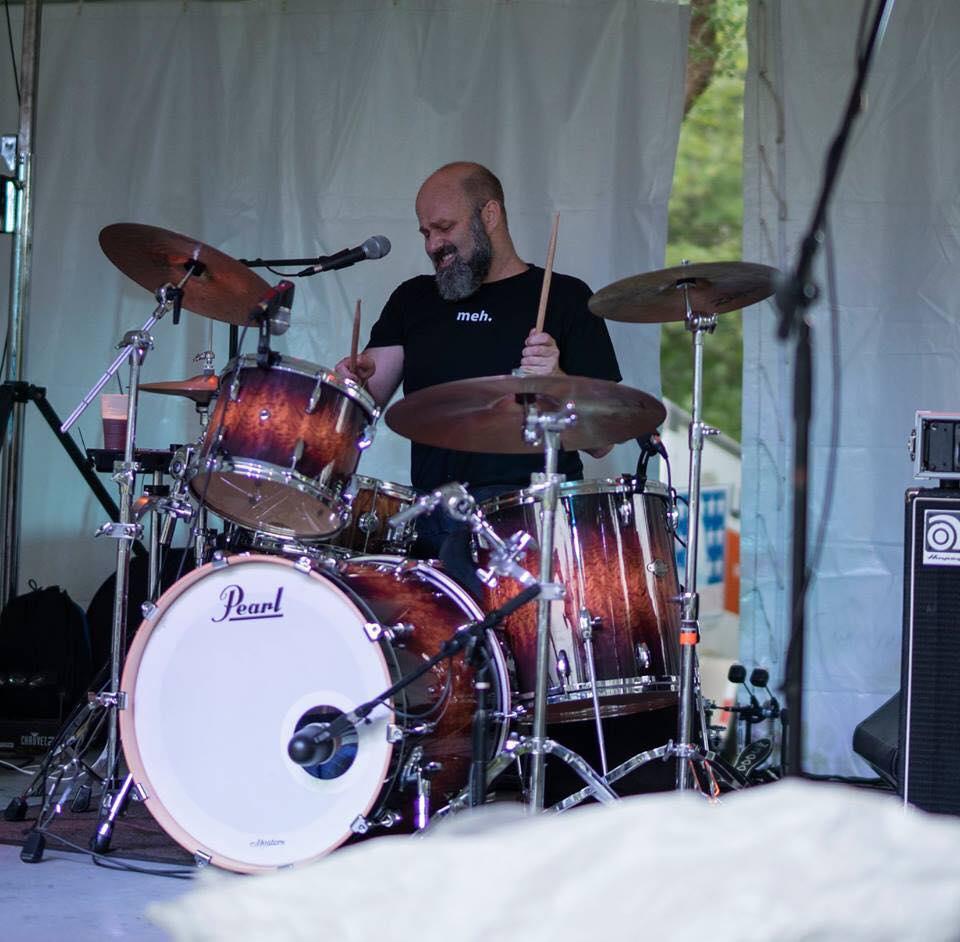 Why did you decide to be a duo, rather than a full-fledged band?

“Jack White and The Black Keys are two of my biggest influences,” Arp says. “I appreciate the simplicity of a two-piece band and thought this format would be perfect for Ego Mechanics.”

“Being a two-piece presents some interesting musical challenges,” Ross says. “You can’t afford to take a back seat with a duo. You must always be on timbre, especially when you’re filling in the lows. I love this format, and there’s nothing wrong with earning a bigger slice of the pie when you perform live.”

Jonathan, what is your background as a musician?

“I grew up in England and have been drumming since 1979,” Ross says. “My family moved to Holland when I was 10 and I played timpani with the Dutch National Youth Orchestra, before discovering my rock roots and playing with several grunge bands in my teens. After moving to Chicago several years ago to work as a software engineer at a high-frequency trading company, I joined Greg Jackson Combs’ band, Goodbyehome. I recorded an album with them but was ready to go in another direction musically. That’s when Seth intervened in my life. We’ve been playing together ever since.”

The band’s called Ego Mechanics. Do your egos get in the way when you create new music?

“I’m the main songwriter,” Arp says, “but Jonathan is a talented arranger. We have a collaborative relationship and Jonathan often breaks me out of conventional thoughts and dead-ends by pushing my songs into completely different directions.”

Can you provide an example of Jonathan’s influence on one of your songs?

“Burnt Orange” was written with a very simple, eight-note beat, but Jonathan added this delay that gave the song a slow, galloping feel that literally skated across the groove,” Arp says.

“I put a delay on the guitar to create a sound that Seth hadn’t considered and then suggested a very fat bass riff that twisted the song in a different direction,” Ross says. “We worked on this song for almost six months, but I think we nailed it.”

Seth, your vocals remind me very much of Glen Phillips’ voice, during his early days with Toad the Wet Sprocket (check out the song “Torn” from Pale to see what I mean), while your guitar work reminds me a little of Eleventh Dream Day’s Rick Rizzo, or Zuma-era Neil Young. Who are some of your biggest influences?

“Honestly, I don’t consciously try to copy anybody,” Arp says, “but I love Alex Turner of the Arctic Monkeys and appreciate the rock howls of artists like Jack White. We have been recording a new six-song EP and I am trying to croon less and yell more and have more of a balance. I’m not sure I’ve found my voice yet, but I am very happy with the direction we are headed.”

“Yeah, I’m trying to push Seth to sing in a higher range,” Ross says. “His voice reminds me of Chris Isaak’s, and he’s getting better and better.” 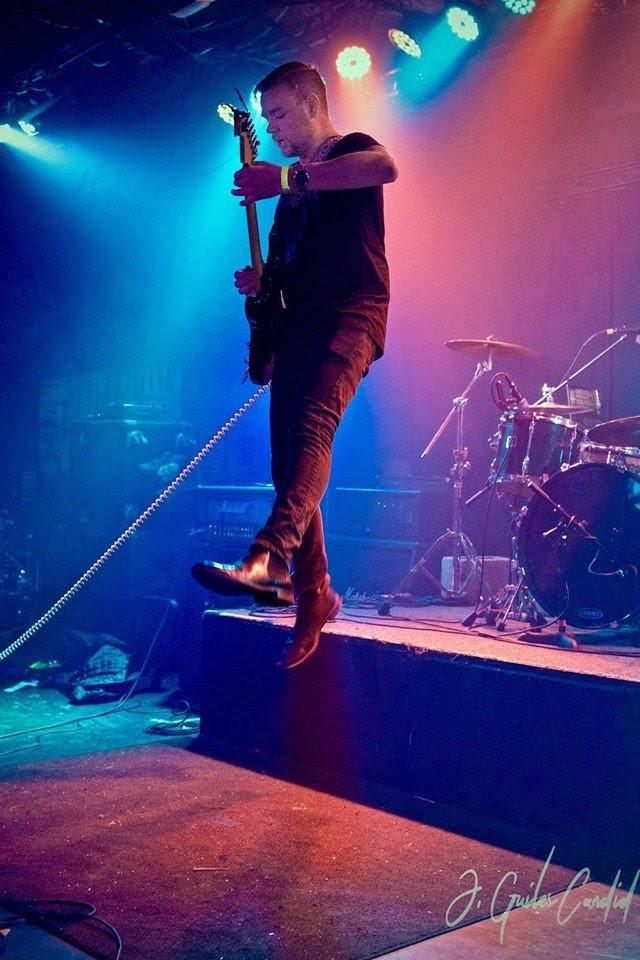 In addition to the “Burnt Orange” single, you previously released the Wreck EP, plus some live tracks. Do these recordings reflect what Ego Mechanics sounds like live today?

“Yes, we write our songs so that they can be performed live,” Arp says. “Our new material is more complex, with additional layers of vocals and instruments, and we enhance our sound by adding some backing vocal tracks and pedal effects. Nothing makes me happier than when someone tells me after a gig that we sound a lot bigger than two people. That’s the goal. Mission accomplished.”

What was the inspiration for your band’s name?

“When I started playing with Jonathan, we were still performing as Seth Arp and the Hands,” Arp says, “but we wanted a new name. Ego Mechanic is a lyric from an Arctic Monkeys song called ‘Potion Approaching’ and I thought it would make a great name for the band.”

“Being in a band is very therapeutic – good for one’s ego,” Ross adds, “and since I researched quantum mechanics at uni, the name resonated with me, too.”

What do you have planned for your Whistler show?

“We’ve been playing a lot of live gigs the last 15 months, including venues like the Elbo Room and the DIY/Independent Stage last July at Summerfest, so we have a pretty tight set that should get the crowd up and moving,” Arp says.

“What we like about playing at venues like the Whistler with great bands like the Localvores is that it gives us the chance to make some new friends, and maybe gain some new fans,” Ross says. “We are very excited about this show and may surprise the crowd with a new song or two to see how they react.”

Ego Mechanics and the Localvores will perform at CHIRP Night at the Whistler at 8:30 pm on Wednesday, March 27. Tickets are free, but you need to RSVP to this 21+ show.

You can listen to Mike Nikolich every Friday from noon to 3 pm CDT on CHIRP-107.1 FM

Next entry: Drink.Drank.Punk! This Monday at The Native

Previous entry: The Lost Generation: A Review of “Transit”