A review by Kyle Sanders 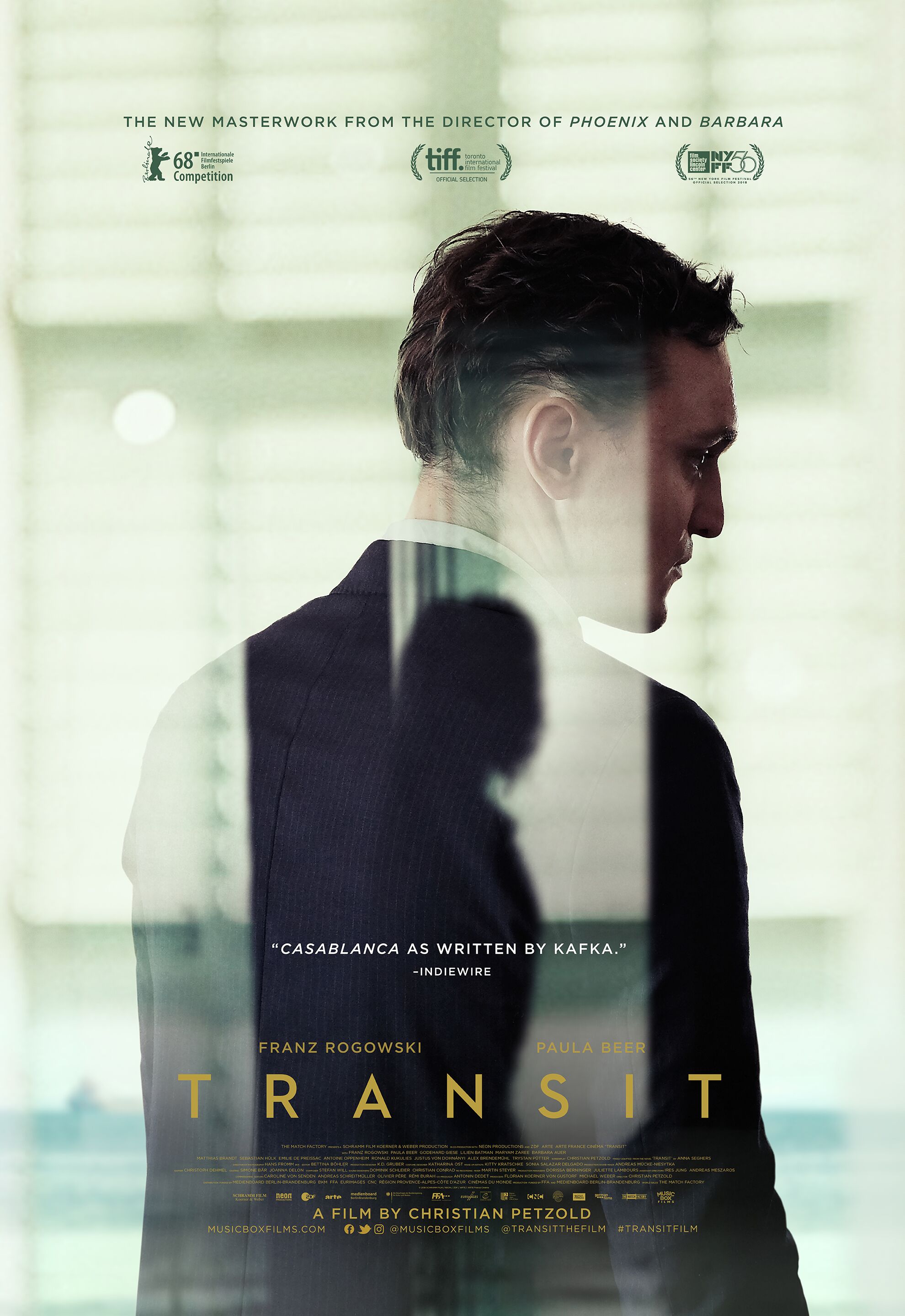 A man dies and goes to Hell. But before he can enter, he has to go through registration. He spends hours looking for the registration office, without any luck. Finally, he runs into another man and asks "Where do you register for Hell?"

The other man answers: "Sir, this IS Hell."

This story is referenced in the new film Transit, but it also serves as an allegorical theme to the film's plot. Directed by Christian Petzold, Transit is about the hellish plight of being a stranded refugee. To avoid the ever-growing spread of fascism in Paris, German-born Georg (Franz Rogowski, Joaquin Phoenix's Euro-doppelganger) flees to Marseilles along with an injured writer. The writer dies before reaching their destination, and Georg assumes the dead man's identity and claims his transit papers.

While in Marseilles, Georg meets other refugees from around the world, including a hapless conductor and an annoyed landlady stuck with caring for her former tenants' dogs. He also befriends a deaf mother and her young son--the wife and child of a fallen, former comrade. He also has continuous encounters with a mysterious woman, Marie, that leads him to find out she is hopelessly searching for her husband--the man whose identity Georg has stolen.

As humans, our identities are all that we have, and without them, we are helpless. Identity is a major theme in Transit, be it with the privilege of owning or obtaining a visa and transit papers, or the feelings of shame, helplessness, and abandonment when losing or not having either items. There are even instances of mistaken identity, the plot point that leads Georg to Marie. Without identity is like being without a soul--without life--as many of these characters haunt the streets of Marseilles, without any place to go other than the French embassy, waiting hours in line with little chance of receiving permission to go elsewhere. At first, it seems as though the film is narrated in third person, but in fact, is told by the owner of a French bistro, observing the misfortunes of Georg and those he encounters, as they remain in stagnant limbo drifting through the port city.

There's something very haunting about this film. Petzold's camera beautifully captures the aquatic scenery of Marseilles and yet gives it a claustrophobic atmosphere, filming in the cramped spaces of hotel hallways, waiting areas, and train cars. The performances are captivating, especially of lead Rogowski, playing a fraudulent character seemingly innocent and yet always within one step from getting caught. The plot was adapted from a 1944 novel by Anna Segher, and yet the unfortunate circumstances of displaced people remains refreshingly relevant. As American citizens, sometimes it is difficult for us to look past the privileges we often take for granted to understand what it is like to be without place to call home. As the film ended, one line of Marie's dialogue stayed with me: "Who is the first to forget: the one who leaves, or the one who is left?"

Last fall, I remember seeing this film included on the list of submissions during last year's Chicago International Film Festival. I had planned on seeing it, but ultimately did not have the time. This time, I was given a second chance--something many of Transit's characters will continue to wait for and yet will never be provided.

Next entry: Ego Mechanics Will Rock the Whistler Crowd