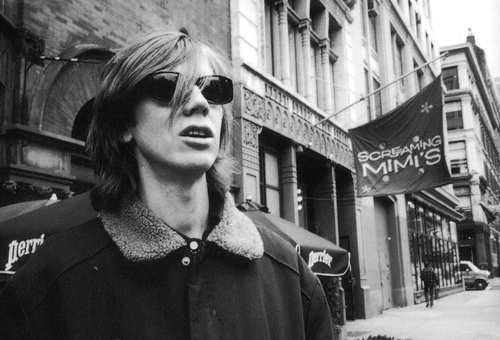 He enrolled in a college in Connecticut, but split for New York City before he could attend. I’m sure his parents weren’t pleased, but it turned out pretty well for birthday boy Thurston Moore. Moore quickly immersed himself in the avant garde scene, but his first band in NYC involved a brief stint in the hardcore band Even Worse, with Big Takeover publisher Jack Rabid. A few years down the line, Moore and future wife Kim Gordon started playing together, leading to the formation of Sonic Youth. Lee Renaldo was pulled away from Glenn Branca’s guitar ensemble, and eventually, Steve Shelley took over on drums. Sonic Youth carved out a new path for rock music in the ‘80s and ‘90s, eventually making their music more accessible, but never straying too far away from something challenging. Moore and Ranaldo created new guitar sounds, with unusual tunings and an adventurous spirit. Moore was also a mentor for many artists and went on to make some fine solo records. And, I’ll always be a fan knowing that Moore and temporary Sonic Youth bandmate Jim O’Rourke used to sing Sparks songs in a karaoke bar in Europe. In honor of Mr. Moore, please grab your iPod or MP3 player, hit shuffle, and share the first 10 songs that come up.