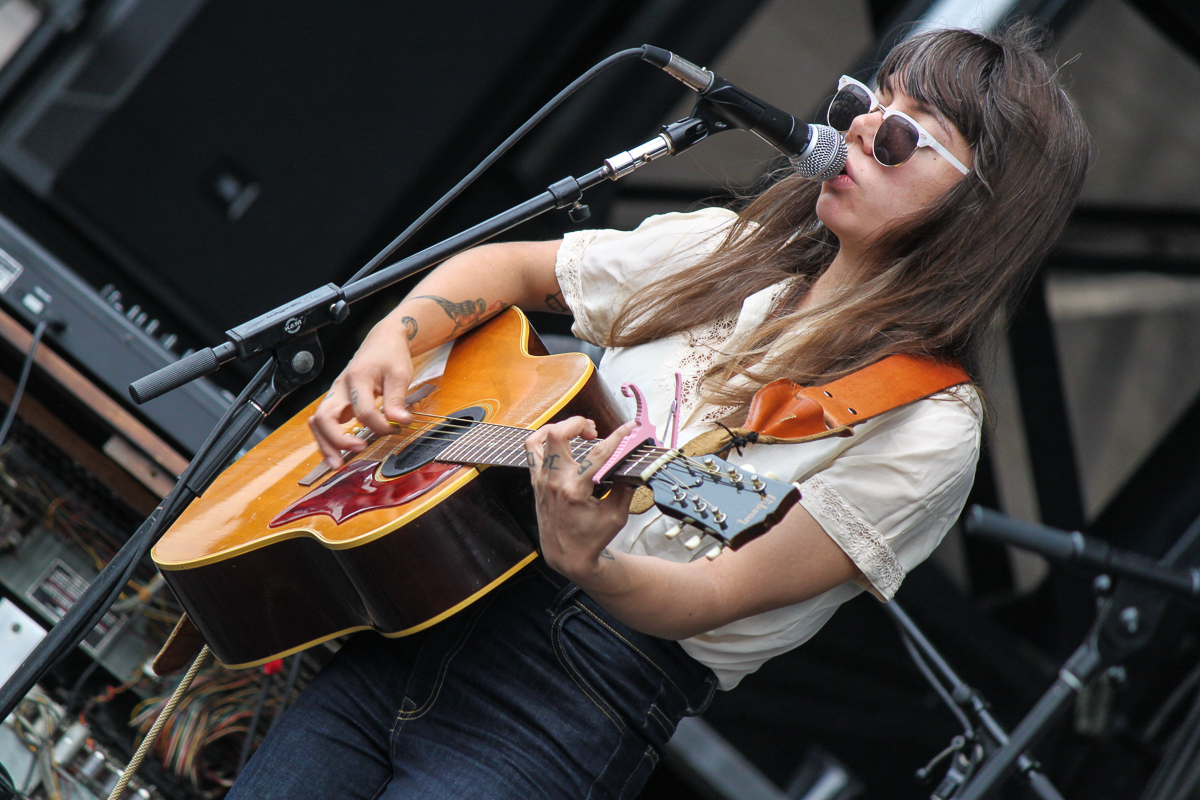 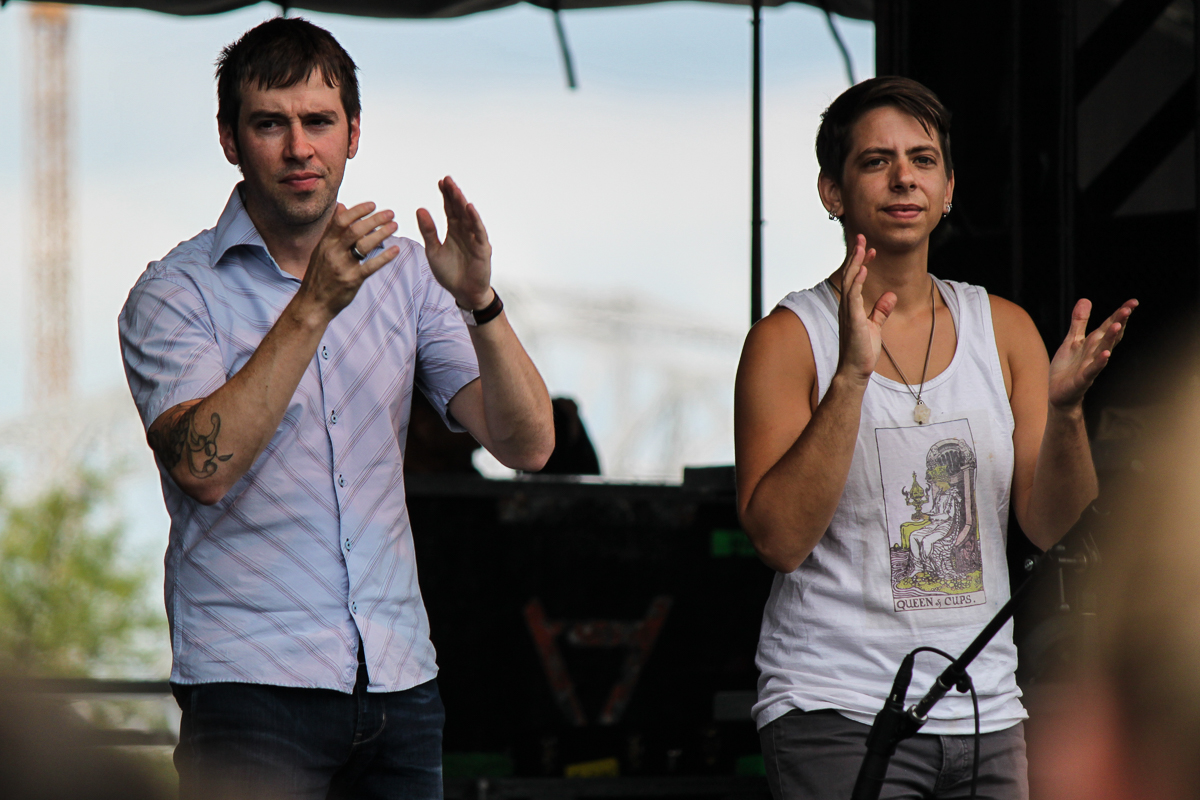 While I didn’t actually get to see the performance, I enjoyed listening to The Soul Rebels from afar, particularly their cover of “Happy”. If you’re into soul music and awesome horn sections, go give them a listen. I didn’t get to see them because I was waiting for Boy & Bear, an Australian folk/rock group. They were one of my most anticipated bands, and didn’t disappoint. They remind me of a banjo-less Mumford & Sons, if you’re looking for a comparison. Their set was a nice, relaxing way to spend the afternoon. There was just enough energy to keep the day from slowing down too much, which was all I really needed. 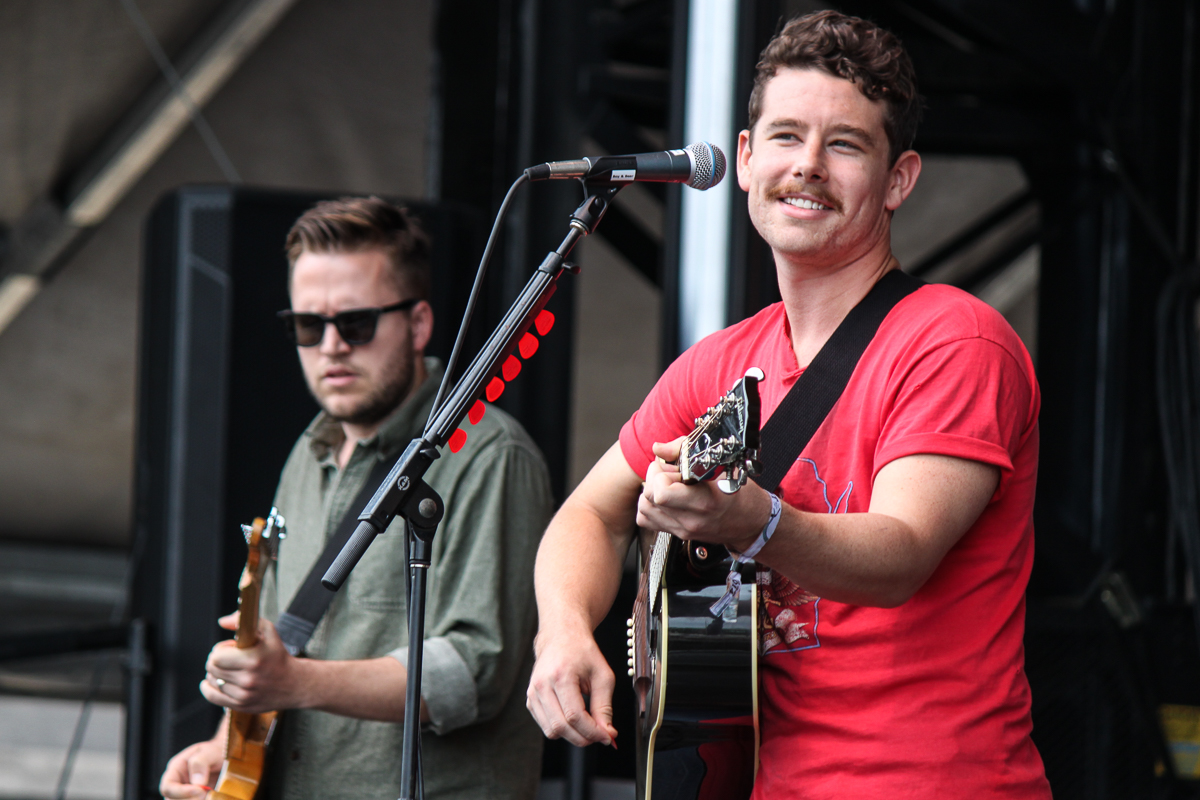 I caught a few songs from Lord Huron, fronted by Ben Schneider, and kicked myself for not seeing more of their set, as I really loved what I heard. Lord Huron started out as a solo project for Schneider, who combined his interests in visual arts – check out their music videos, they’re wonderful – and music, but has grown to include a full band. Their sound is folk-influenced and the very large audience was definitely into it. I’d be interested to see them somewhere a little more intimate sometime, to see how they blend their interests in art and music in a space that isn’t a huge outdoor festival. 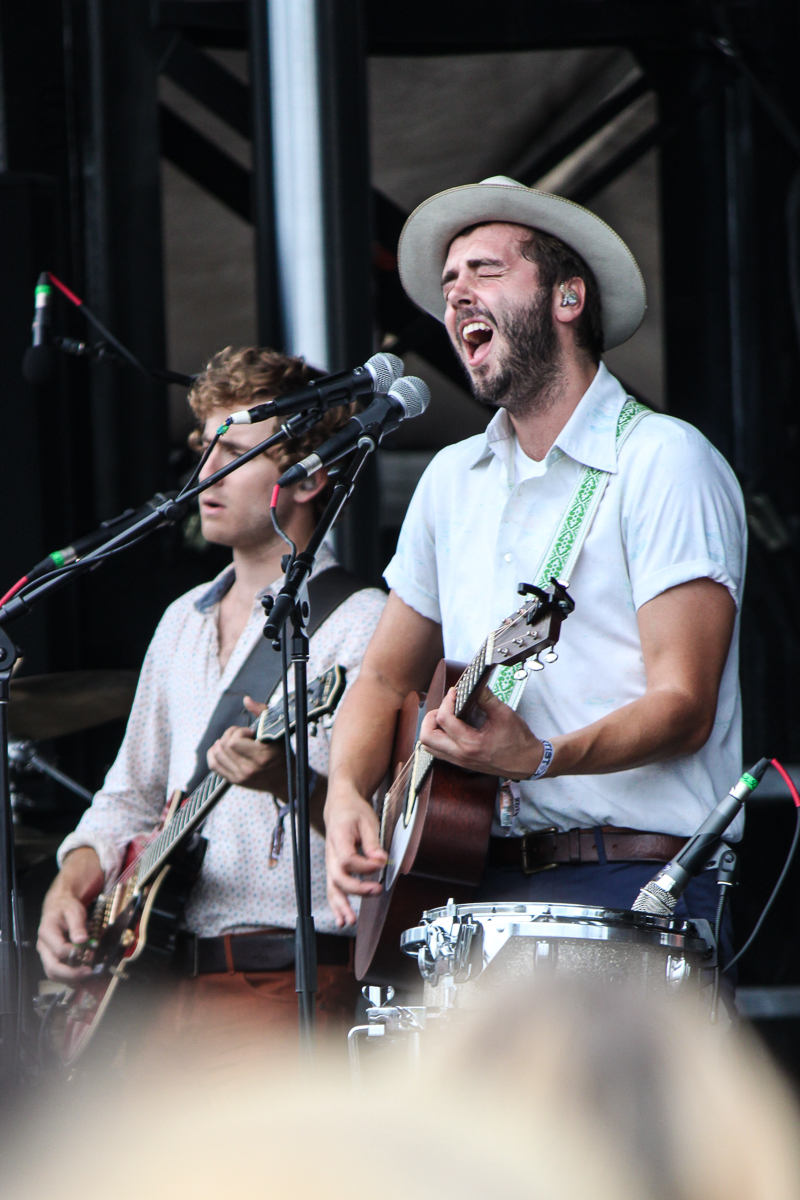 Of all the bands on my must-see list, Mount Moriah certainly topped it. I’ve been in love with the music of Heather McEntire and company for some time now, but I’ve always managed to miss seeing them whenever they came through Chicago. I wasn’t going to miss them this time, and I most certainly wasn’t disappointed. As a musician myself, McEntire embodies so much that I would love to have in my own performances. She can be delicate and quiet when the song calls for it, but the sheer power in her voice and her guitar playing is undeniable. While Mount Moriah’s music has definite folky roots, you can tell that McEntire cut her teeth playing in punky bands. Look no further than the noisy, gritty distortion she creates at the end of any live version of “Plane”. They tested out several new songs with the audience, so hopefully we will get another album from them soon. 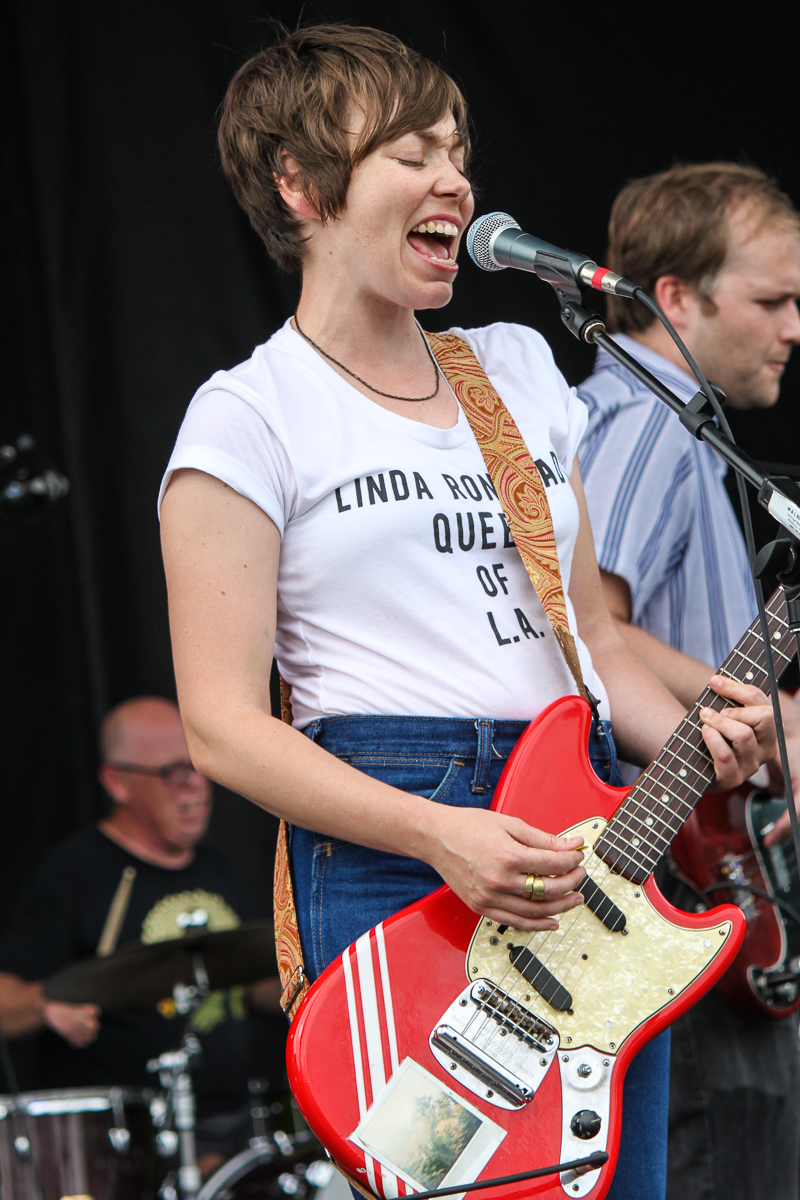 I listened to both Jason Isbell and Band of Horses from afar, not interested in mashing myself into the crowd to get close enough to see. Both acts sounded fantastic, though, and Isbell in particular got a very huge reaction from the crowd during his set. Instead of dealing with crowds, I went to see Drew Holcomb & the Neighbors, performing at the “hidden gem” stage of the festival. Curated by local radio station WFPK, the Port Stage saw some of the smallest numbers of attendees but had some of the best sets, and Holcomb’s was no exception. Holcomb is a bit of an enigma (his bio describes him as “a Tennessee-born, duck-hunting, French-speaking, bourbon-drinking, 1st-edition-book-collecting, golf-playing Eagle Scout with a Masters degree in Divinity”) and it shows in his very smartly written songs. His band isn’t half bad, either – Holcomb surprised them by playing a song he had just written the night before. The band hadn’t even heard the song before, but you wouldn’t know it by how easily all of the guys joined in: a definite highlight of my day. 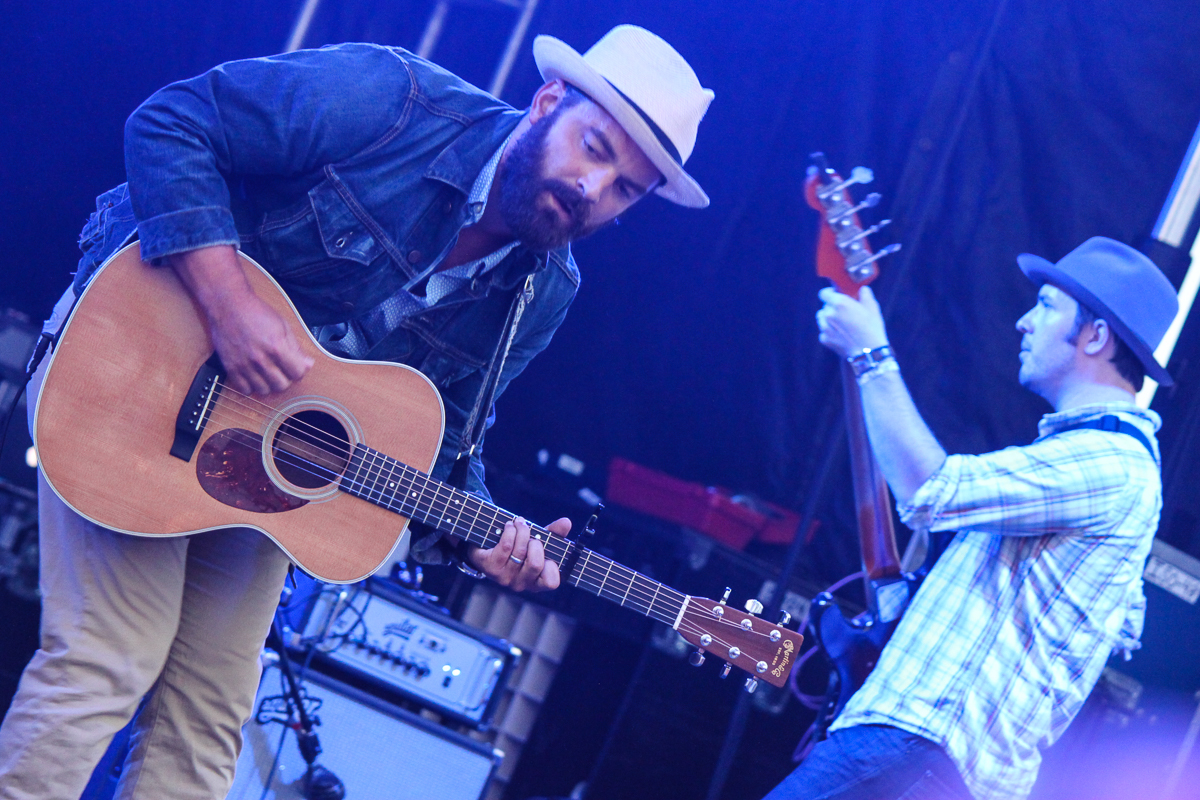 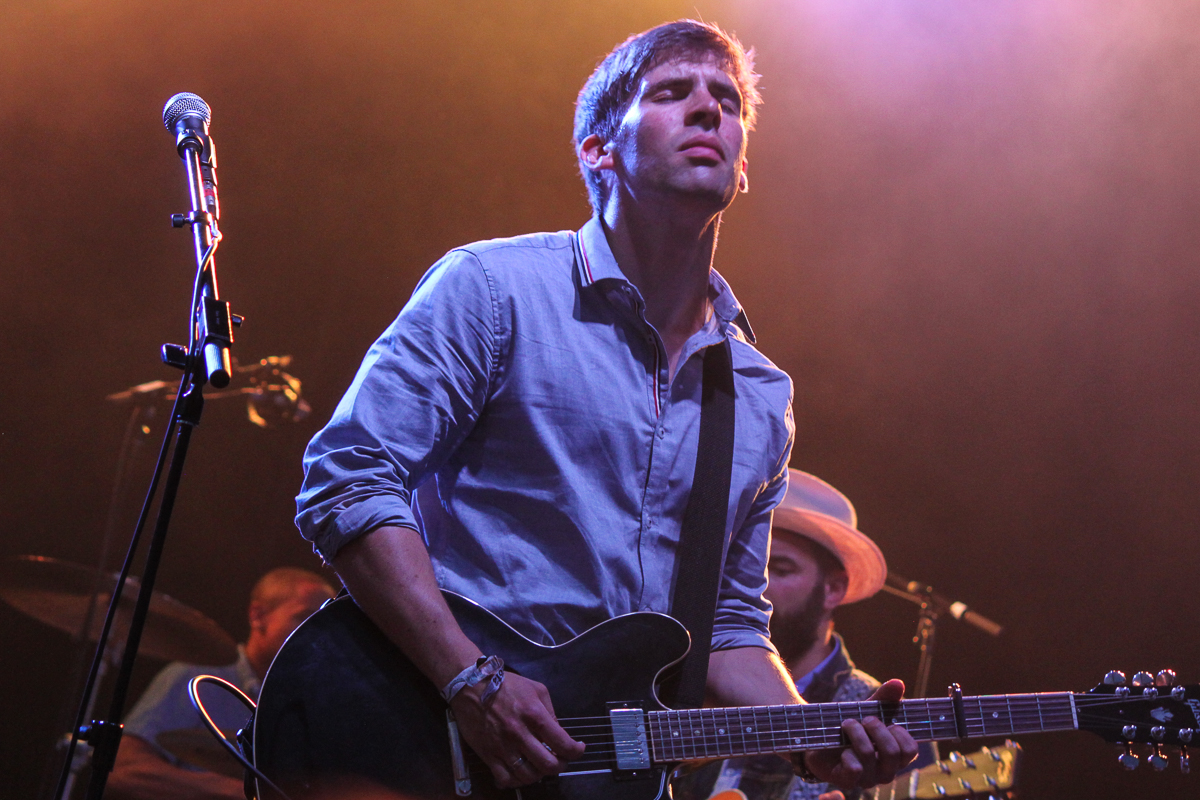 Jack White headlined Saturday’s events, and I took a seat on the very back of the lawn with my beach towel and listened from far away. While White’s music isn’t always for me, he’s definitely a talented guy and the crowd was really into what he was doing. He switched things up for a bit, though, and played a few country songs, including his own rendition of the classic “Blue Moon of Kentucky”. It was a great end to the night, and I could hear the wail of White’s guitar all the way across downtown Louisville as I called it an early night to head back to my hotel.