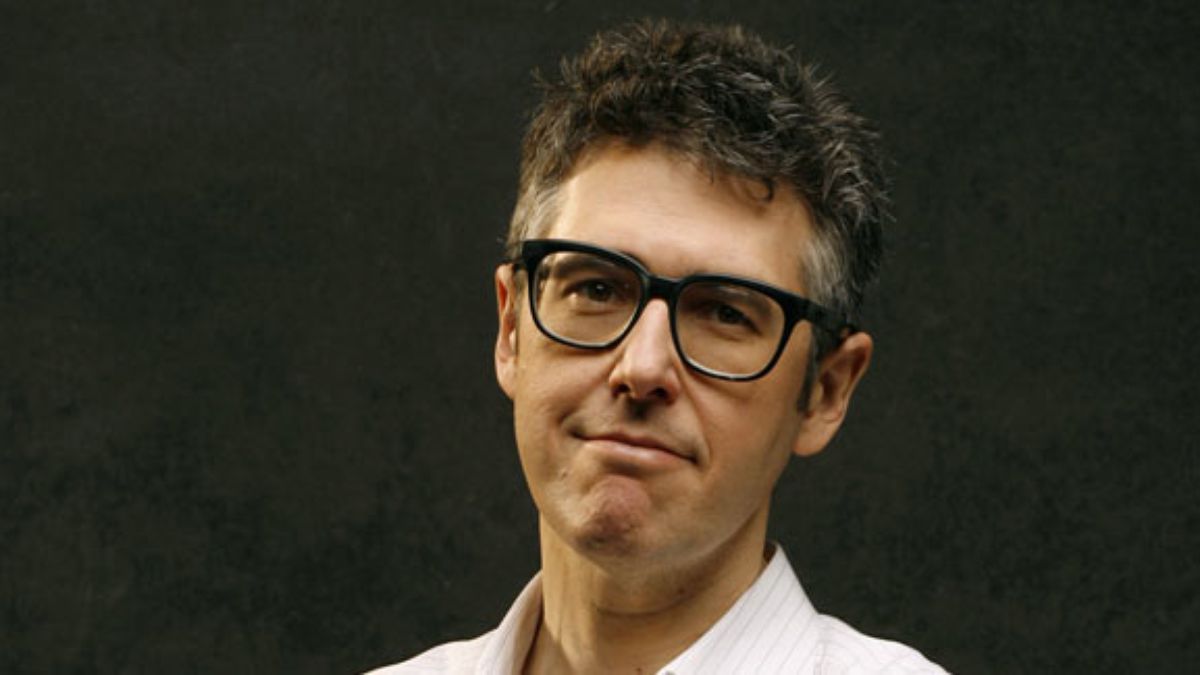 Today on the MP3 Shuffle we wish a very Happy Birthday to Ira Glass, as much a modern radio pioneer as we have in the 21st century. His radio program This American Life, originally produced right here in Chicago, is the standard for non-commercial radio interview/news/essay/non-fiction variety shows. This program is, in this writer’s opinion, a national treasure with a knack for making the local universal as well as addressing the big issues of our time. Check out the show archives for a couple of hundred examples. (I rank “The Giant Pool of Money,” “Plan B,” “The Fix Is In,” "Somewhere in the Arabian Sea," and “Fiasco!” among the best examples of journalism produced by any media outlet in the last few decades.) Moving from local to national and international distribution at a time when radio was being written off as a dead medium, Glass proved that public radio could compete with multi-million dollar media operations when it comes to telling intelligent, compelling stories that matter to people.

Like some others who got their start in Chicago, Glass has taken his talents elsewhere (he currently resides in New York), but there’s no question that his show and voice are an institution tied to Chicago. Let’s wish him a happy birthday by playing the MP3 Shuffle: Take your MP3 player, press the “shuffle” button, and share the first 10 songs you hear…

Today on the MP3 Shuffle we wish a very happy birthday to Thebe Neruda Kgositsile aka Earl Sweatshirt. Even though he’s only 23, he’s already made a name for himself as one of the next generation of Hip-Hop stars as one of the members of Chicago rap collective Odd Future, a solo act (via his critically acclaimed album I Don't Like Sh*t, I Don't Go Outside: An Album by Earl Sweatshirt) and member of several other projects with fellow artists like Tyler, the Creator and Na’kel.. The young man obviously has many more years ahead of him than behind, but he seems to be positioned just right for a long career in the music business, although what form that career takes isn’t set in stone. As a producer, songwriter, and occasional actor, there are a lot of avenues open to him; He could end up his generation’s Common or Ice Cube, or maybe something else nobody's though of yet.

For now, let’s say “Happy Birthday” with another round of the Shuffle: Take your MP3 player, press the "shuffle" button, and share the first 10 songs you hear: 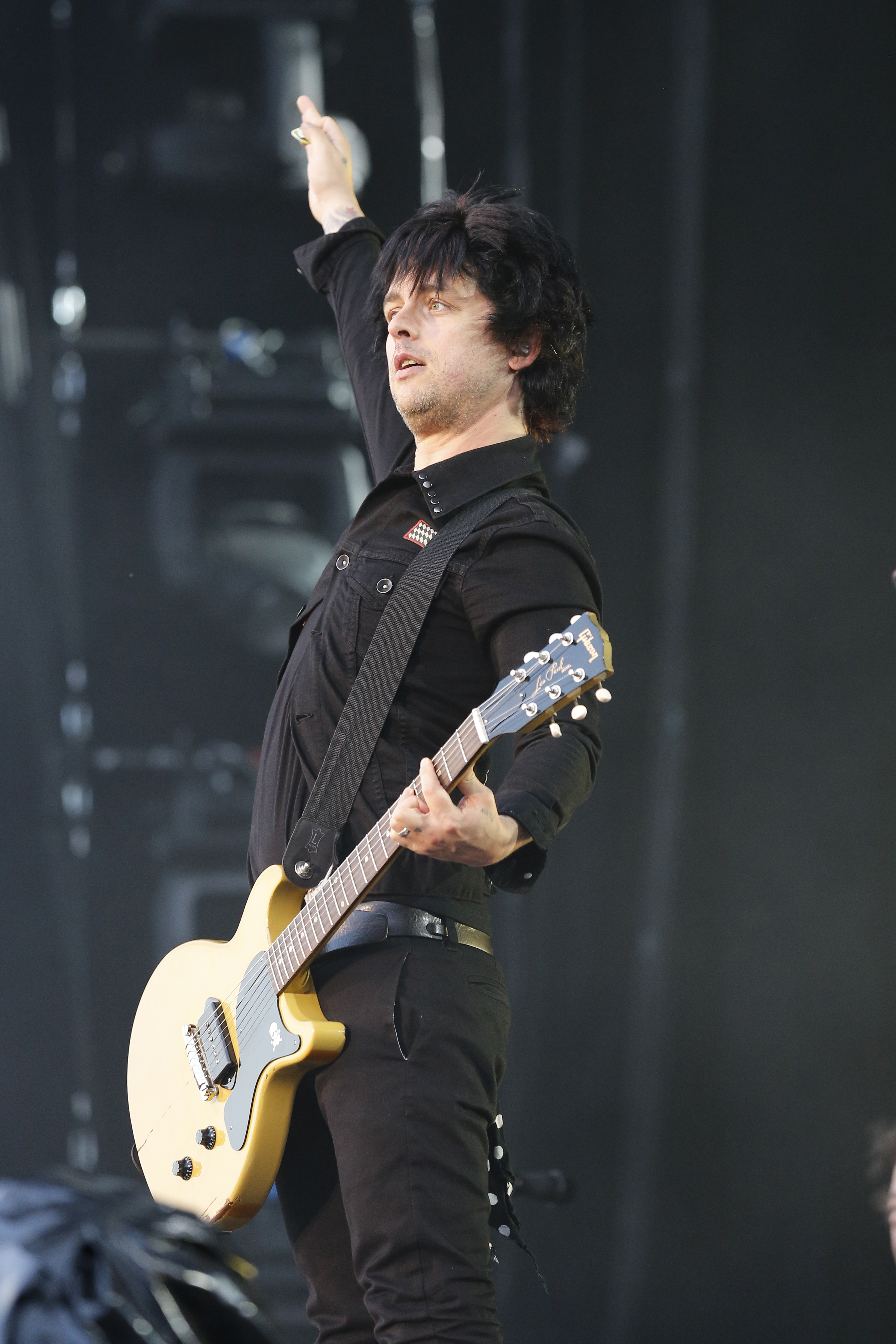 Formed in 1986, the band broke through to the big time in February 1994 with the massively successful album Dookie, a record that took full advantage of the new world Nirvana made safe for groups armed with loud guitars and 3-chord DIY attitudes. “Longview” and “When I Come Around” were essential ‘90s-era song staples, just as much at home on Top-40 radio as blasting through the earphones of skateboarders and sensitive loners.

Historically, if a pop-punk band sticks around long enough it will end up working mainly on one side of the street: Your No Doubt’s and Blink-182’s will go full-on commerical pop while your Buzcocks and Dead Milkmen continue to keep it real on the left end of the radio dial. Over the years, Green Day seems to have managed to have it both ways while inviting constant scrutiny as to whether they are/were a “real” punk outfit. These questions persist despite the fact that, for example, they were one of the few A-list rock bands of the 2000 decade to get explicitly political with their work and not apologize for doing it (2004’s rock opera American Idiot).

For now, judgements about Green Day’s place in rock history will have to wait, because the band is still going strong in its fourth decade. Help celebrate Billie Joe’s birthday by taking your MP3 player, pressing the “shuffle” button, and sharing the first 10 songs that you hear:

Today on the MP3 Shuffle, we toast David Russell Gordon “Dave” Davies, singer and guitarist of the Kinks, who today turns 69. Dave and his brother Ray were the Kink’s most consistent member, sticking together through a variety of lineup and sound changes from the band’s formation in 1964 to its 1996 split-up. Davies was a guitar pioneer in the instrument’s earliest pop music days: he engineered the guitar tone for the band’s breakthrough single “You Really Got Me” by slashing the cone of his Elpico amplifier with a razor blade. This was one of the first distorted guitar riffs to appear in the burgeoning genre of rock and roll, and it inspired many of the earliest attempts at Heavy Metal and Punk. Though mostly known for his guitar chops (brother Ray was the lead singer and de facto frontman), Dave penned some of the Kink’s most memorable and introspective songs, like “Strangers,” from 1970 classic Lola Versus Powerman and the Moneygoround, Part One.

To wish Dave well, let’s play the shuffle. Grab your MP3 or electronic device of your choice, press the shuffle button, and share the first 10 songs that play (in the comments below):

Maybe you knew that The Monkees celebrated their 50th anniversary in 2016, and maybe you knew they released their twelfth record Good Times! earlier this year, but did you know that TWO of the four Monkees were born on this day?

Today on the MP3 Shuffle, we celebrate the birthday of both David Thomas "Davy" Jones (30 December 1945 – 29 February 2012) and Robert Michael Nesmith (born December 30, 1942). To mark this day and celebrate the birthdays of 50% of the pre-fab four, let’s play the shuffle. Grab your MP3 player or electronic device of your choice, press the shuffle button, and share the first 10 songs that play (in the comments below):