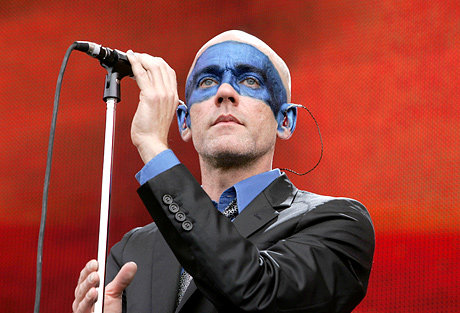 He fronted the band that grew with college radio, and, to some degree, made the notion  of alternative rock possible. Michael Stipe was born in Georgia but spent some of his formative years in Southern Illinois, before heading back to Athens. There, of course, he met Peter Buck and eventually, R.E.M. was formed. It can’t be overstated how their arty but accessible guitar rock took colleges by storm. It was a Southern mix of post-punk and power pop and classic ‘60s jangle, with Stipe’s mysterious lyrics and his voice, just perfect for those songs. Of course, R.E.M. grew, explored other styles, and Stipe’s lyrics became intelligible. As they got bigger, they made their share of musical missteps, but whatever they did, they remained true to themselves. Moreover, they helped spread the notion that you could do something a bit different or obscure and have a chance. I have fond memories of their early shows. On the tail end of their endless touring for Reckoning, they played the Aragon, and me and my friend Dale were right near the stage. An adoring young gal threw a stuffed animal towards Stipe. Her aim was true, and Stipe, while singing, one hand on the mike stand, made a great catch with the crook of his free arm. The girl was ecstatic...until Michael took the souvenir and flung it back in the crowd. She was crushed, but I thought it was a great catch. Remember that if you ever get to play softball or touch football with Stipe. Let’s pay tribute to Stipe by getting your iPod or MP3 player, hitting shuffle, and sharing the first 10 songs that come up.