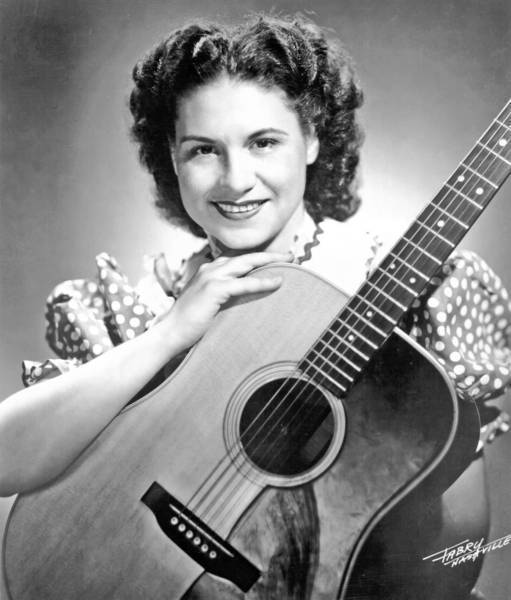 She was thinking of getting out of the music business entirely, when a Decca Records executive asked her if she’d cut a record. She said yes, since they would pay her $125 for the session, but she didn’t think it would go anywhere. So Kitty Wells cut “It Wasn’t God Who Made Honky Tonk Angels” and it wasn’t much longer before she became the first queen of country music. The proto-feminist song was controversial but paved the way Loretta Lynn, Dolly Parton and other independent thinking female country singers. Wells became the first female to top the country chart and then had an amazing run of chart success from 1952 through 1969. She blazed trails all the time. For example, she was the first female country singer to record a full album. Her influence resonated for decades, as shown by her appearance on k.d. lang’s Shadowland album (along with Brenda Lee and Loretta Lynn). Nowadays, she’s not remembered enough, but her impact cannot be understated. Let’s pay tribute to Kitty by grabbing your iPod or MP3 player, hitting shuffle, and sharing the first 10 songs that come up.