10:55am Moody Blues The Voice from Long Distance Voyager (Threshold) Add to Collection

SXSW is in full effect. Thursday's hits included a stacked showcase at the Flamingo Cantina, an interview with LA's Poolside, and a Foxygen freakout. 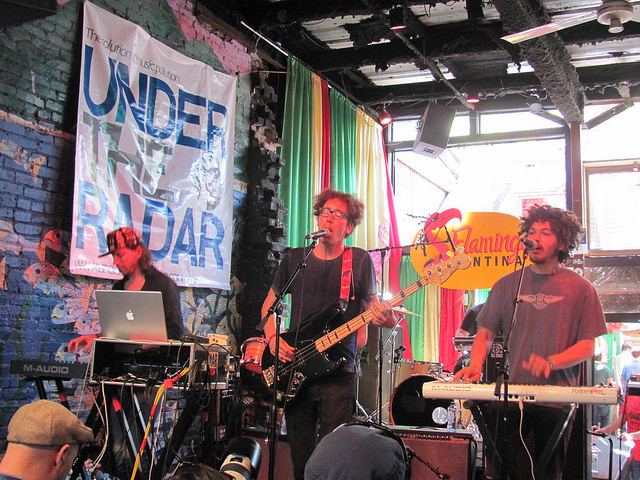 It was picturesque, but that's often the intent of Poolside. Their daytime disco got the packed-by-1pm collectively bobbing heads. Over 80 degrees, it really felt like the start of summer. I know it's too early for that, but at least we can think about planting seeds of summer street fests and Millennium Park Mondays though. I interviewed Poolside after their set, so watch CHIRP for an exclusive podcast feature when the weather permits.

While I was interviewing Poolside backstage, I noticed things were unusually quiet. No noise bleed-in at all. Why wasn't Foxygen tearing shit up? Well, lead singer Scott McKenzie was out of his mind again. He would burst into our area and pace back and forth, he didn't interrupt the interview, but I could tell not all was well with him. Apparently as his band waited on stage for 15 minutes for him to come sing the first song, he did things like this, and kicked a stranger out of the bathroom (where he then stayed for nearly 10 minutes). Again, this band is too good for a meltdown this early. I heard that he stormed off the stage early at another showcase later in the evening. You can see him pulling his own hair in the pic above. 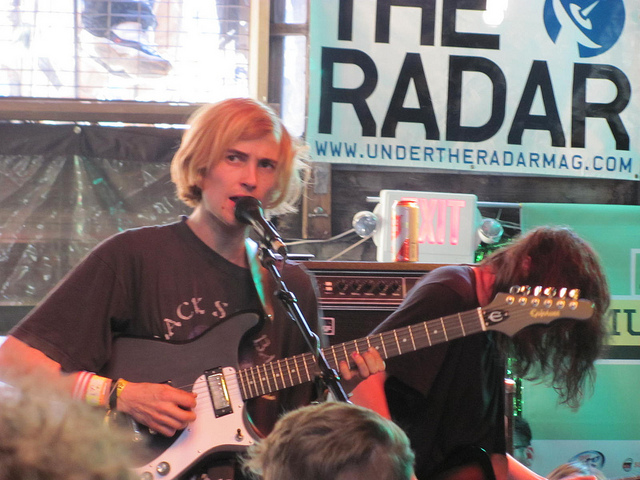 After the dust settled, the headliner of Under the Radar afternoon showcase quickly turned out to be the highlight of the fest for me so far. DIIV take special care of their melodies. They execute masterfully, but are not without their raucousness. A dream show for me would be DIIV, Kurt Vile, and Real Estate. Guitar Tour 2013! 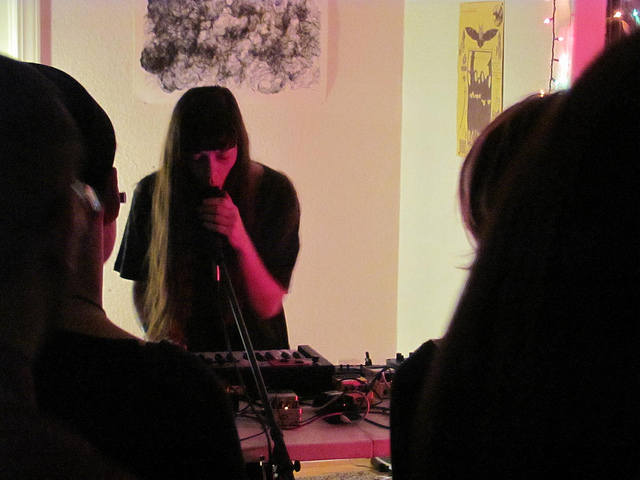 Speaking of Real Estate, I heard Ducktails were playing a house show for the Not Not Fun showcase. They didn't play until something like 4am, so I didn't stick around to snap a picture. But Ducktails' new album is one of my favorites of 2013, so I will definitely catch them at the Empty Bottle next month. Other highlights of the showcase included the spooky vibes of Rites Wild (pictured above) and the spacey trip-out psych of Vinyl Williams. 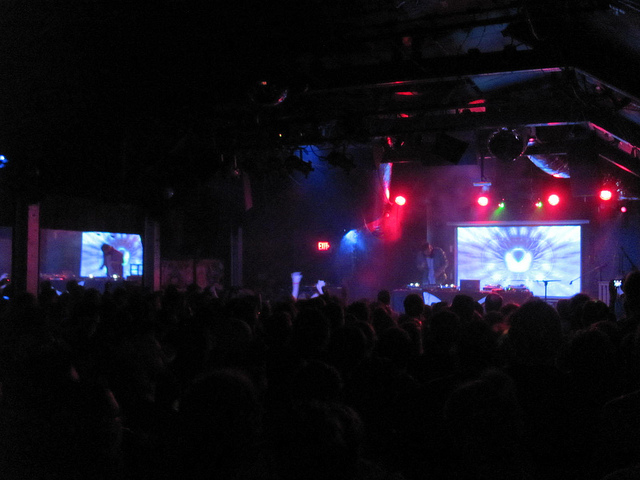 After two days, how had I not seen a DJ set? Bonobo made it worth my wait at the Ninja Tune showcase at Elysium. I felt jealous of him actually. I'd love to DJ an hours worth of Bonobo songs when I DJ. His new tracks are just barely dancy, better for swaying. And this is high praise. No drops. No nonsense. This is as classy of a DJ set you can get. 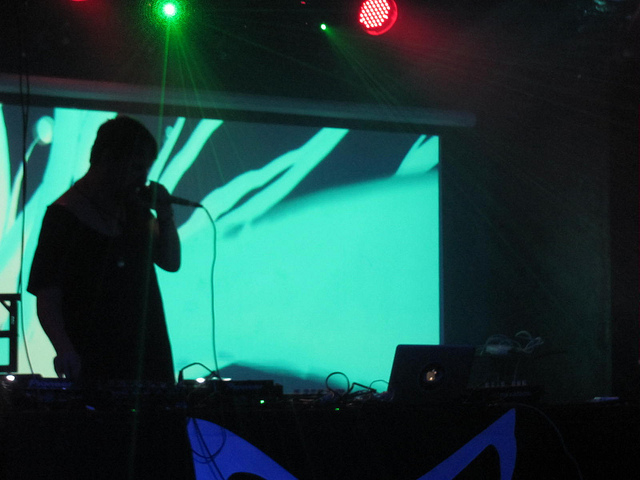 So being the Ninja Tune showcase, why did Machinedrum play a surprise set after Bonobo? Because he just signed to Ninja Tune. He wasn't listed on the bill, just as a "special guest- NYC" so this was a nice surprise. News be breakin' all week. Up next, the CHIRP sponsored showcase!

Next entry: Dispatches from South by Southwest: Dylan Peterson (Friday 3/16)