10:40am Ian Dury & The Blockheads What A Waste from New Boots And Panties (Stiff) Add to Collection

Too many pedicabs. There, that's my criticism of Austin. Otherwise, it is pretty much a cool city. I've been having fun anyway. Here's what I did on Friday. 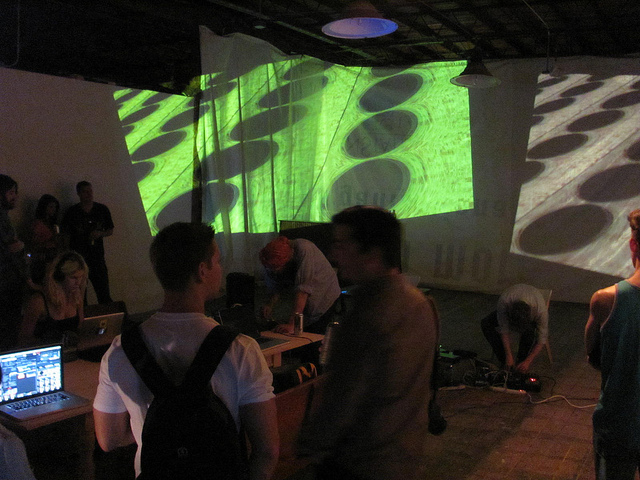 Started the day with an art installation from Zs at the Museum of Human Achievement. This isn't a museum, it's a warehouse in some hidden nook on Austin's east side. Instead of just playing an iPod between bands like most venues, Zs would fire up their experimental noise behind the stage. 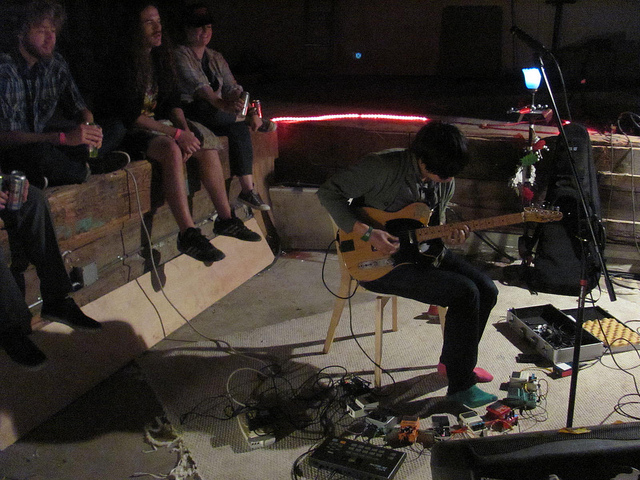 Dustin Wong is an automatic highlight of a day anytime he's around. He's a virtuoso of guitar loops, and you really have to see him play to understand just how amazing he is. He set up in front of the stage so everyone could gather above and around him. Onlookers in front sat politely. Everyone was happier when it was over. The best medicine is a good show. 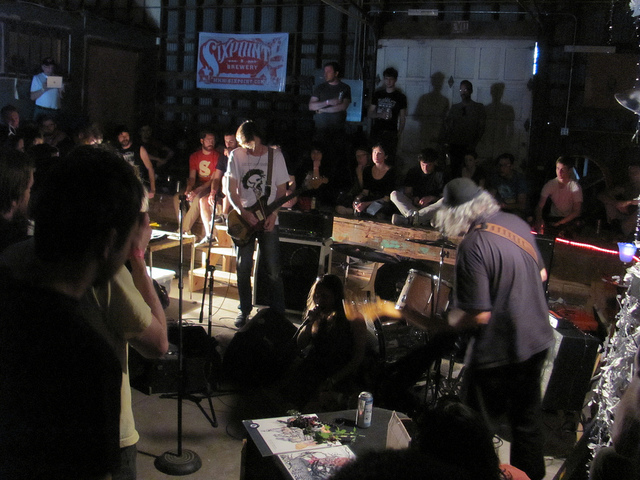 Then Thurston Moore came in and played some noise. I know Chelsea Light Moving is his new thing, but I don't think that's what this was. This was all noise. I had to take off early though, because the CHIRP sponsored showcase was going. 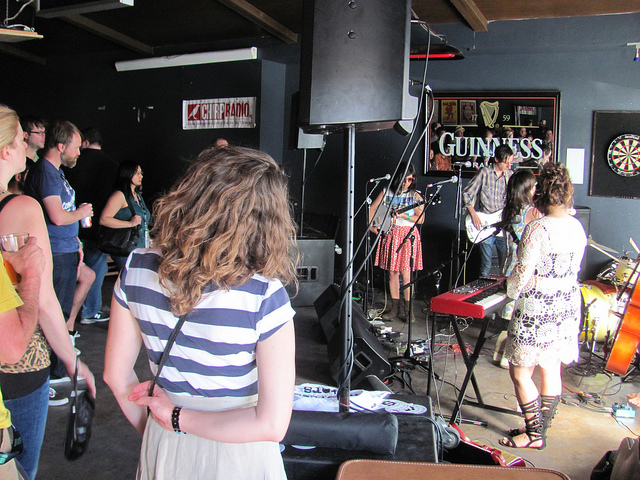 And there it is. The DC vs. Austin SXSW showcase sponsored by CHIRP. I had to wait in a line outside of Side Bar for 10 minutes before I got in, and the first thing I saw was that weathered banner. We're doing good work around here, folks. 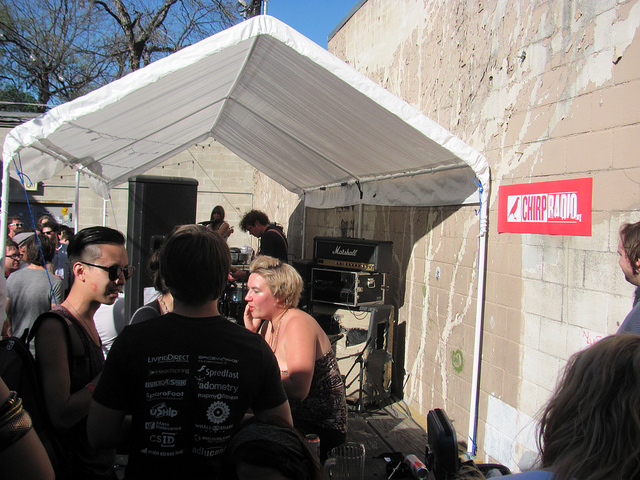 Another one outside. This was Ringo Deathstarr, and they were the right kind of 90s rock. I think this was the only Austin band I've seen all week, but they were fine representatives of their city. I was going back and forth between Hum and MBV, and the tank top was rockin. I'll credit CHIRP. 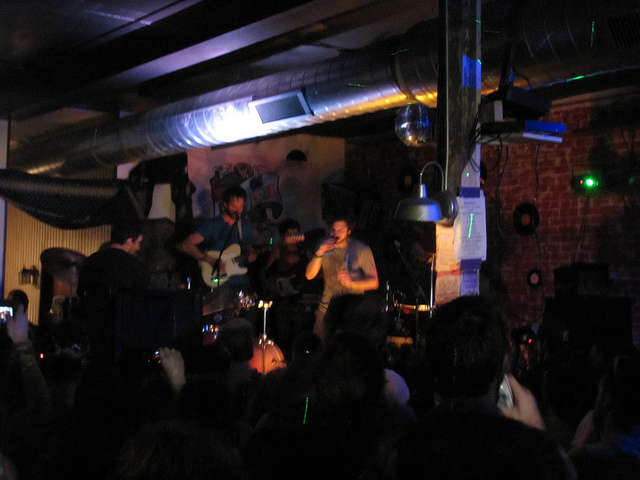 When it was over I just decided to walk around. Noticed a Why? song playing in a bar (don't even remember which one), so hopped in to catch the last two tracks of their set. Why not? After all, the CHIRP podcast with Yoni is still our most popular interview. I should show Why? as much love as I can for that. 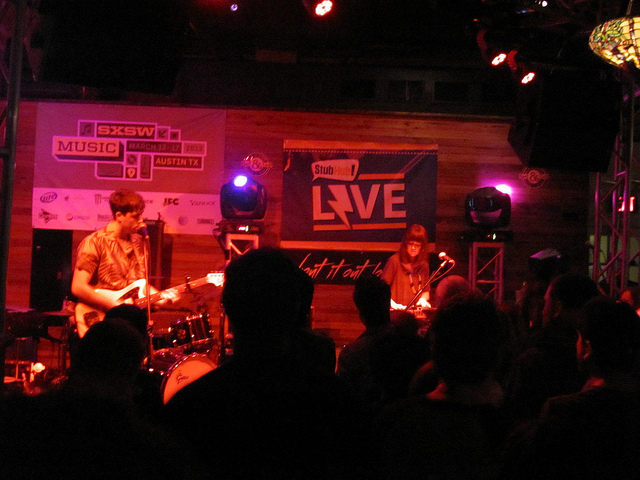 After dinner I made sure to catch LA's Kisses, since this was their only set of the entire fest, and because I'm interviewing them less than 24 hours later. There was probably more enthusiastic dancing here than any other show I've been to so far. A good sign for a band that does not play live very often.

I went to Gypsy Lounge too, Thee Oh Sees played. But, I was hanging out with friends and drinking, so I didn't take a picture. It was Thee Oh Sees, you know how it goes. They get rowdy, the crowd gets rowdy, somebody spills beer on you, somebody kicks you, it's how a Friday night at SXSW should end.