8:34am Ashford & Simpson Make it to the Sky from A Musical Affair (Warner) Add to Collection

Spot and Joe Carducci may be best known for their work at the seminal record label SST in the early to mid-'80s working with bands like Black Flag, Minutemen, Husker Du, Saccharine Trust, Saint Vitus, and many others, but that is only a small portion their talents. Spot is also a musician and a photographer who published his first book of photography last year, Sounds of Two Eyes Opening - Southern California Life : Skate/Beach/Punk 1969-1982 (Sinecure Books). His photos show his sharp eye in documenting the active multifaceted southern Californian scene.

Joe Carducci is the author of four books including Rock and the Pop Narcotic, Enter Naomi: SST, LA and All That… and most recently a collection of essays and interviews Life Against Dementia (all available via Redoubt Press). His forthcoming book Stone Male: Requiem for the Living Picture is coming out next year.

Spot and Joe will be in Chicago this Saturday 12/12 at 3pm for a free reading and Q&A at Permanent Records.

Spot, your book Sounds of Two Eyes Opening documents the Punk, Surf, and Skate culture of the time. In what ways were they linked and how were they different? How did you get started as a photographer?

SPOT: Those three activities were all happening concurrently in Hermosa Beach, away from the media eye of the rest of LA. Of course, everyone saw HB as a surf enclave, which it was, and paid no attention to the rollerskating, skateboarding or trash rocking. In that regard, all they saw was Venice, Dogtown and Hollywood. We lived in this sad, friendly stew of dying hippiedom and lingering post-beatism. There was a "beach folk" mentality holding it all together that was exhilarating and depressing, and then there was the fog. No secret about photography. Just something I'd wanted to do since I was a kid. Got a serious camera in 1969 and figured it out and didn't look back.

Joe, I had read that your earliest piece in Life Against Dementia dates back to 1975, what from this era were you writing about? When did you start compiling material for the book and what was your criteria for choosing material?

JOE: I quit college in 1975 and in Chicago was trying to write some stuff for free weeklies but got a movie essay published in a Tucson anarchist paper called The Match! which may still be coming out; it had a second life in the fanzine era. I figured I had enough stuff for an anthology once I was writing regularly for my New Vulgate blog. Life Against Dementia is about half about music, one-quarter film, and the rest on books and politics.

How did you get involved with music and what made you want to help make records? Were the records important to you at the time or was the creative environment what attracted you in the first place?

SPOT: Above all else I'm a musician. Been doing that longer than anything else. I wanted to record my own music and stumbled upon these guys building a studio (Media Art) and offered to help them build it. The problem was it became a discipline and a means of income. I never stopped playing but it became a back-burner activity professionally.

JOE: After Chicago I was up and down the West Coast and while I learned how to write screenplays I started working at a Portland Oregon import record shop that we turned into Systematic Record Distribution. Wax Trax Chicago was one of our early accounts. We distributed band released records and Rough Trade labels from the UK and started a label (Optional Music) releasing the first two Dead Kennedys 45s. I had another label called Thermidor and it released Chicago bands like ONO, and Sport of Kings. While at Systematic we carried SST releases and I liked that Black Flag toured so I thought I better go down and help them out. 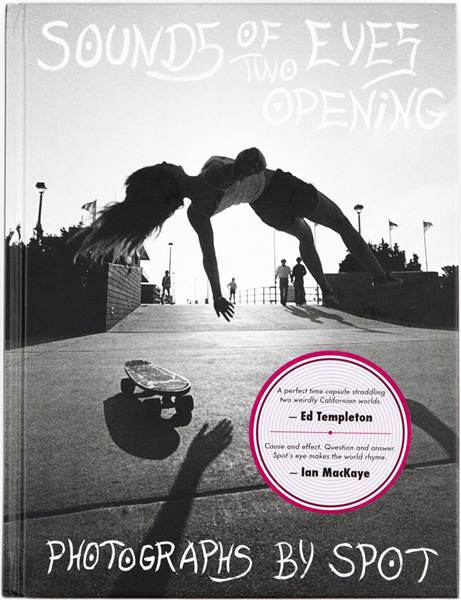 Can you describe the LA you were living in in the late '70s, early '80s? What was the environment that SST/Black Flag came out of?

SPOT: The two songs that sum up the feeling of the '70s were "The Wreck of the Edmund Fitzgerald" and "Disco Inferno." They were where the loci of tons of other music converged emotionally. It's not prudent to think there was a direct Rock-1, Rock-2 lineage to punk rock—that'll just get you into cultural trouble.

Can you describe SST as an organization/label when you both started and how did it change by the time you left?

SPOT: In the beginning there was sloppy paint, cheap beer and broken zippers. In the end the sloppy paint gave way to offset printing and the zippers didn't break as often but the cheap beer never died.

JOE: Mostly we just tried to get to where we could plan out 6 months ahead for new releases while keeping the catalog in print. Black Flag had been improvising their way along so it wasn't a smooth transition internally and the marketplace was certainly not indulging us, though there was the faintest demographic breeze at our back by about 1983. I think Spot moved to Austin in 1985 and I moved back to Chicago in 1986.

What made a band a good fit for SST and visa versa? Was it an ethos, a particular sound, that you got along with band members, a combination?

JOE: I got down there and Black Flag and Spot had the Minutemen, Saccharine Trust, the Stains, and Overkill recorded for SST. They all had an autonomous drive to realize their own sound; sst bands weren't copying easy-looking routes to success, which a lot of bands were doing even then. 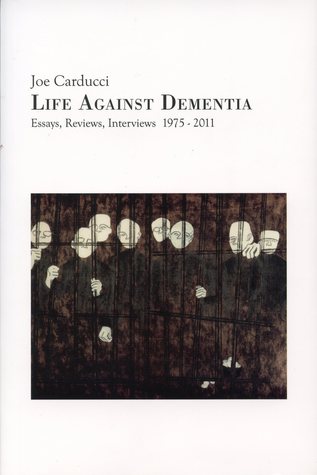 By the mid '80s the label had released what would become some of the era's most well known albums - Husker Du's Zen Arcade, Minutemen's Double Nickels..., and others. Were those albums as well received at the time? If yes, did the notoriety of those releases change the way the label operated and what you were able to do with it? In what ways?

SPOT: Take it away, Joe.

JOE: There were small jumps in sales possible back then but it meant our distributors started their own labels and signed up the new imitators of our bands after they made that progress. The best strategy for an SST band was to release records fast like Husker Du or the Minutemen, or else move really slowly like Saint Vitus. With them its the tortoise beating all the hares.

I am curious about the decision to have a house producer. It seems like a throwback to an earlier era of music making. Were you going for a specific sound consistent to SST groups or was it a more practical decision so you didn't have to bring in outsiders in?

SPOT: I was just a guy with a hammer, glue and not near enough duct tape. In a past life I built crucifixes. It was an honest living, and Jesus' dad wasn't the only carpenter in town.

JOE: I thought every SST record should be produced by Spot, every band photographed by Naomi Petersen, and every tour booked by Global.

You both left SST around the same time in the mid '80s, what led to your decisions to leave?

SPOT: I'd done my time. Turned out the cell door was never locked. What a surprise.

JOE: I had figured out screenwriting and wanted to get back to that.

What are you both working on next?

SPOT: Aside from compiling the definitive anti-punk rock history? Giving Donald Trump and that old "Lord of the Rings" hippie haircuts (I just built a biofuel blowtorch!). I'll let someone else give 'em baths.

JOE: I have a book on film coming out in the spring. It's called, Stone Male - Requiem for The Living Picture.

Next entry: The Chicago Help Initiative