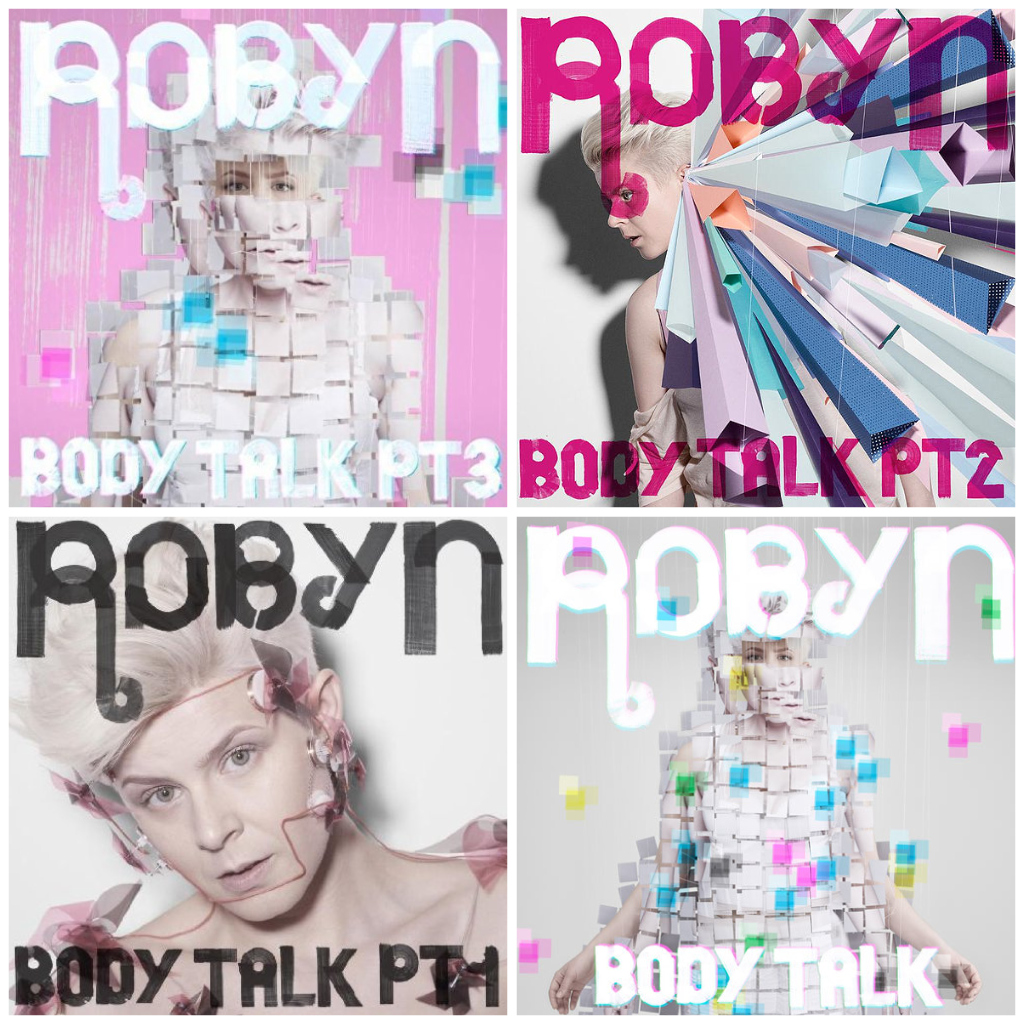 Whoa hey! This Deepwater Horizon thing is pretty crazy, right? And what’s with all this Wikileaks stuff? Man, 2010 is a pretty crazy year so far, right?

What’s that? It’s actually 2012? Coulda fooled me, because I just got into this Robyn album SO. EFFING. HARD.

OK, so I missed the boat by a couple years.

But let me be clear here: Body Talk is an amazing album.

Things I knew going in:

1) Robyn was a Swedish pop icon from the late 90’s who made a crazy comeback in the mid-2000’s and then took fans and critics by storm, emerging even more universally-loved than
2) This album was a 3-parter (with Body Talks 1 & 2 featuring 8 songs and this album being THE ALBUM)
3) Don’t fucking tell Robyn what to do.

Why I missed the boat:

I am not necessarily the biggest fan of POP MUSIC as a genre, or dance music as a thing. If something is really catchy, it will win me over eventually, but for the most part I was wondering what all the hype was about. I heard Konichiwa Bitches and Don’t Fucking Tell Me What To Do, and I think those songs as standalones were not going to make me LOVE Robyn with the ferocity that I now do.

Additionally when Robyn played at Pitchfork in 2010, I was dying of heat exhaustion against a tree to the side of the stage, and the sound was not that great at that angle, and I was again wondering what all the fuss was about.

Why I caught on:

A(n ex-girl) friend gave me a mix CD with Call Your Girlfriend on it and I played it a few times and thought it was catchy. But then… I started hearing what it was she was saying: “Call your Girlfriend. It’s time you had the talk… But you just met somebody new.” WHAT!! You are instructing your lover who you apparently JUST MET on how to delicately break the news to his committed partner that it is over seemingly out of nowhere. That is ballsy. And brassy. And bossy. And AMAZING. What this is saying is that all things being equal, at the end of the day, Robyn is your soul mate, and you need to make the right decision and break up with your girlfriend, though Robyn does feel sympathy for her.

There are of course, blogs and reviews that dismiss this song as ridiculous or negative or unsympathetic. No one wants to hear the perspective of “the other woman.” Balderdash, I say. This song is amazing.

After listening to “Call Your Girlfriend” over and over and also finding ways to have actual conversations aloud where I speak in the tune of “Call Your Girlfriend” changing the words based on what I’m saying (“Left a vooooice maaaaail…. Gonna callll meeee baaack”) and also watching this video about a hundred times, I went on Spotify and found “Dancing My Own.”

“Somebody said you gotta new friend / Does she love you better than I can? … I’m in the corner / watching you kiss her / woaah oh oh / I’m right over here / Why can’t you see me? / Woaah oh oh”

The next two songs I quickly became obsessed with were “Indestructable” (and I never was smart with love / I let the bad ones in and the good ones go but / I’m gonna love you like I never been hurt before / I’m gonna love you like I’m indestructible”) and “Hang With Me” (“Just don’t fall / recklessly headlessly in love with me / Cuz it’s gonna be / All heartbreak blissfully painful insanity / If we agree / You can hang with me.”) They are sentimental and saccharine and exactly what I needed at the exact time that I needed them.

Other songs of note include “Dancehall Queen” “Love Kills” and “Don’t Fucking Tell Me What To Do.”

Basically, what I’m telling you, 2012, is that Body Talk has copious wins that stand the test of time. I am now ready to join you in the cult of Robyn, to dance like no one’s watching and love like it’s never gonna hurt.

Also, have you heard of this thing called Arab Spring? Is that gonna be a big deal? Let me know.