DJ Mick writesNo Holiday: A Tribute to Kim Shattuck and The Muffs 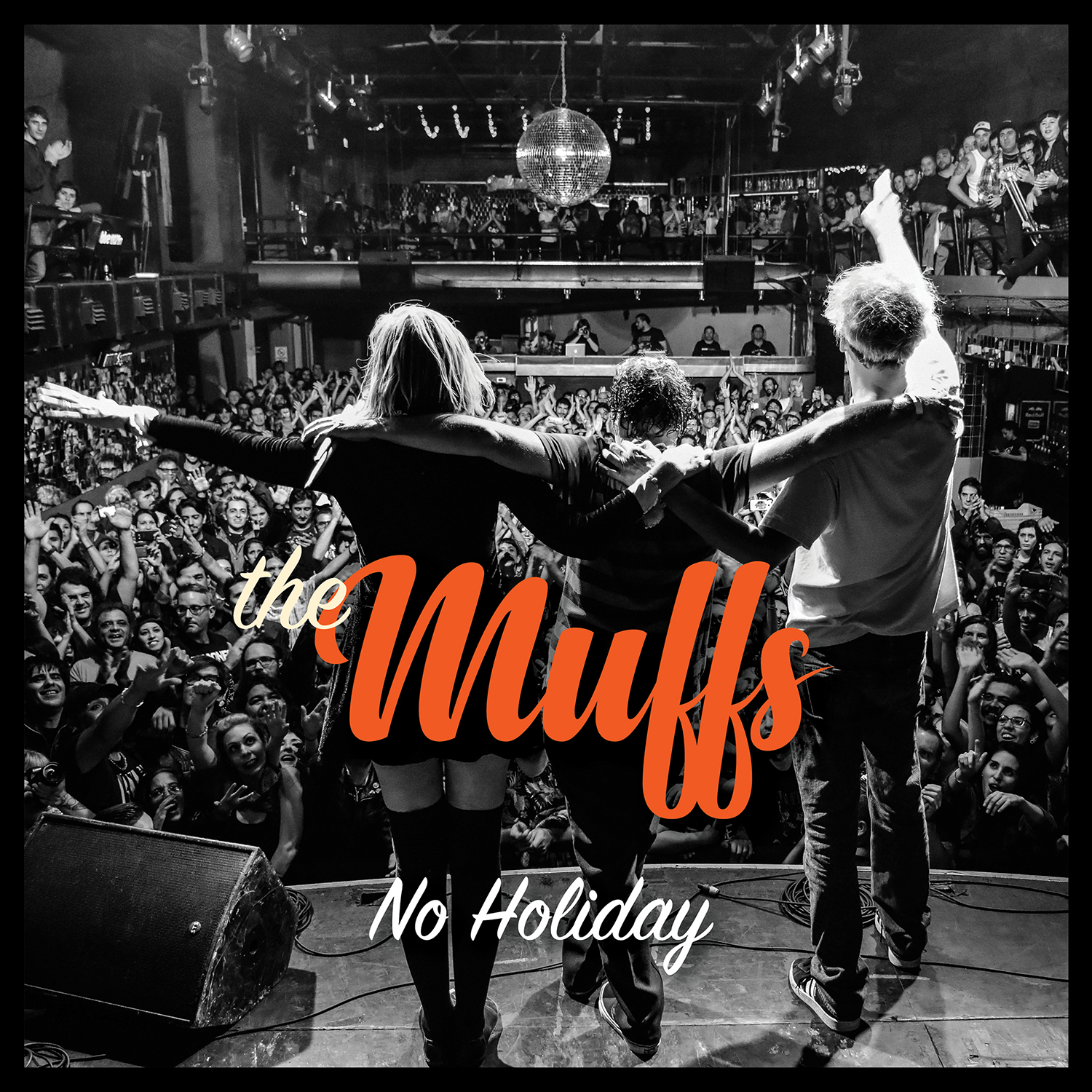 The Muffs
No Holiday
Omnivore Records

There is no reprieve from death. Dying is the one big thing everyone has to do. There is no calling in sick. No going on vacation and waiting it out. No Holiday.

Even when life was hard, they never really shied away from its harsh, indifferent light. But the tears in their sides and sharp stones under their feet, were laughed off as just part of what made this bumpy ride we’re all on more interesting. Rough terrain never seemed to phase them.

And undoubtedly, the Muffs would hit some rough terrain before the close of the decade. Kim died on October 2, 2019. She was only 56.

Bobby Evers writesRediscovering our Record Collections: Learning To Lean In to Liz Phair 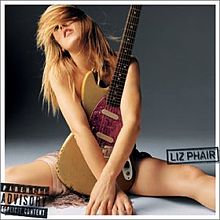 The early oughts was a tumultuous time. George W Bush was president, we were gearing up for a second concurrent war, and all the best celebrities were picking sides. The internet was democratizing music scenes in ways that were still new and hard to predict, showcasing indie artists in Omaha and the Pacific Northwest, and music fans primary concern was coolness and authenticity. After 10 years of releasing increasingly top 40ish albums, Liz Phair, a once powerful indie artist going full-blown mainstream pop was most certainly not cool.

And the critics were the first to let us know. In their album review, PopMatters called her a "soon-to-be-has-been," writing: " this once-adored darling of indie rock is a mere shadow of her former self.... The resulting album, Liz Phair, is a highly overproduced, shallow, soulless, confused, pop-by-numbers disaster that betrays everything the woman stood for a decade ago, and most heinously, betrays all her original fans."

In the Pitchfork review, the author eviscerates her eloquently with: "It's sad that an artist as groundbreaking as Phair would be reduced to cheap publicity stunts and hyper-commercialized teen-pop. But then, this is "the album she has always wanted to make"-- one in which all of her quirks and limitations are absorbed into well-tested clichés, and ultimately, one that may as well not even exist."

Both writers are male. Both call her different forms of shallow, vain, degrading, vapid.

But now that we live in an age where pop artists like Beyonce, Kesha, Taylor Swift, and Carly Rae Jepsen are celebrated for their strengths and contributions, and their albums are evaluated and debated as works of pop art, I think it's time to take a second look at Liz Phair's 2003 self-titled album, that brought her so much scorn. It brought her both top 40 success, getting airplay on my hometown radio station, and also lost her her entire fanbase. 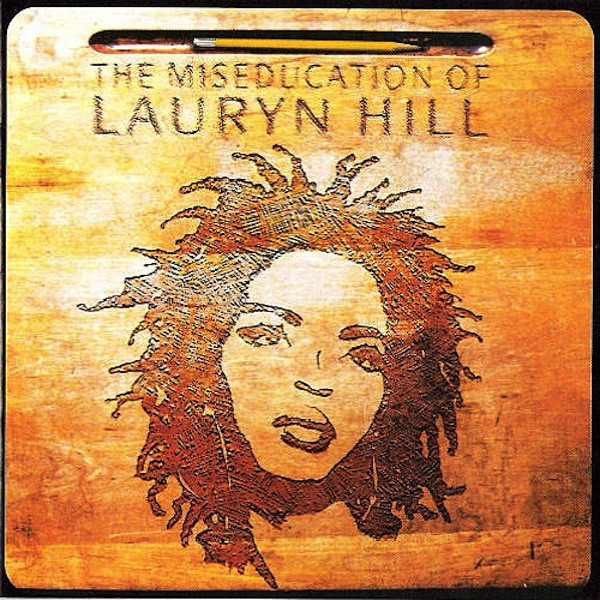 At Pitchfork this week, Lauryn Hill is expected to give an electric performance of her one solo album, The Miseducation of Lauryn Hill. With the album celebrating its twentieth anniversary, it’s a good time to revisit its success and its meaning to listeners, including me.

Lauryn Hill’s 1998 disc proved to be an instant classic. I remember at ten years old, I heard about this album garnering the kind of critical and industry acclaim that Nirvana’s Nevermind received several years earlier. And though today it appears to have lost some of its critical luster compared to Nevermind and Radiohead’s OK Computer—which today are both in the statistical aggregate acclaimedmusic.net’s list of the top 10 most acclaimed albums of all time, while Miseducation sits at a “measly” #131—it continues to hold a special place in the hearts of fans of many different generations, genders, races, and classes. 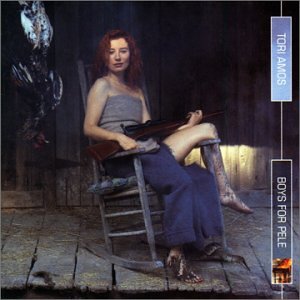 When I think about certain musicians, I tend to think of them in relationship terms. Things can start hot and heavy when I discover a new artist, and all I can do is think about them, wanting to consume everything they have to offer. Eventually, things cool off and maybe I stop seeing them. Or we fall into a comfortable routine. Or maybe I just ghost on them altogether.

This is my roundabout way of saying my long term relationship with Tori Amos is a complicated one. It started out carefree and fun in the early '90s. I first discovered her on Canadian television. Erie county is relatively close to Canada, and that allowed for us to pick up Toronto’s City TV station. It was my go-to channel for the many years we didn’t have cable. There were a few programs in particular that would show music videos, and that’s where I saw the video for “Cornflake Girl,” one of Amos’ biggest hits. 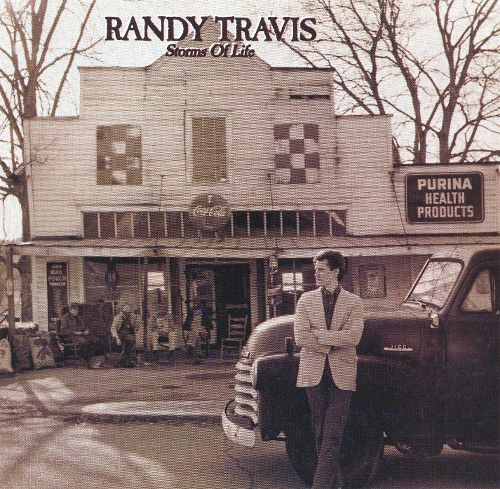 When I was getting into country music as a teenager, the first country album that bothered me with its clichés was Randy Travis’s highly acclaimed 1986 debut, Storms of Life.

It’s not that I hadn’t heard country albums that used familiar themes of drinking, cheating, mama, trains, heartbreak, and so on. Maybe they just seemed more concentrated in one place on this album.

I’d heard some of Randy Travis’s biggest hits through CMT countdowns and compilations at libraries, but I wasn’t prepared for the album tracks here. Songs like “Reasons I Cheat,” while sad, struck me as typical country fare, beyond salvaging from Travis’s appealing baritone.

Going back and hearing the album now on vinyl, with a greater knowledge of country music’s history, I can hear how the album sounded unique in the era of glitz that was ‘80s country. Storms of Life was one of the most acclaimed country releases of the decade, and many found Travis’s Lefty Frizzell-influenced style to be a refreshing example of the “New Traditionalist” style embodied at the time by artists like George Strait and Keith Whitley.