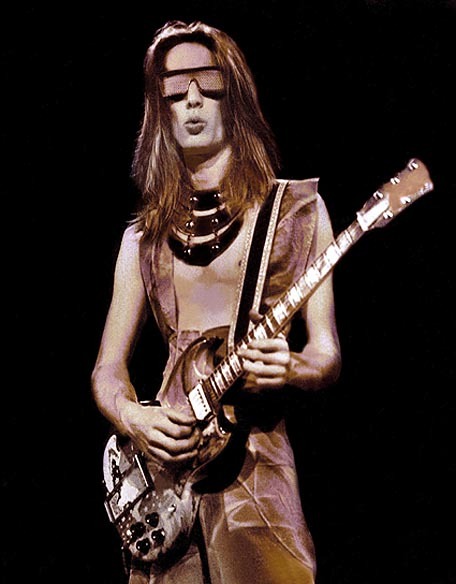 He’s a pop star, a cult figure, an innovator, a classicist, and some say he’s God. Todd Rundgren first got a share of the spotlight writing songs and playing guitar for The Nazz in the ’60s, and then rose to prominence in the ’70s, with classic hit singles, highly revered albums and production work for an amazing variety of artists. His talents behind the mike and behind the boards are unassailable, but Todd has remained an unpredictable artist who, on any given day, produce a perfect pop tune, a self-indulgent mess, or something that points to the future. His idiosyncrasies probably diminish the respect he now gets, which is a big mistake, as his legacy (well captured in Paul Myers’ book A Wizard, A True Star) is extremely impressive. Let’s pay tribute to the man who produced the first Sparks album by grabbing your iPod or MP3 player, hitting shuffle and sharing the first 10 songs that come up.