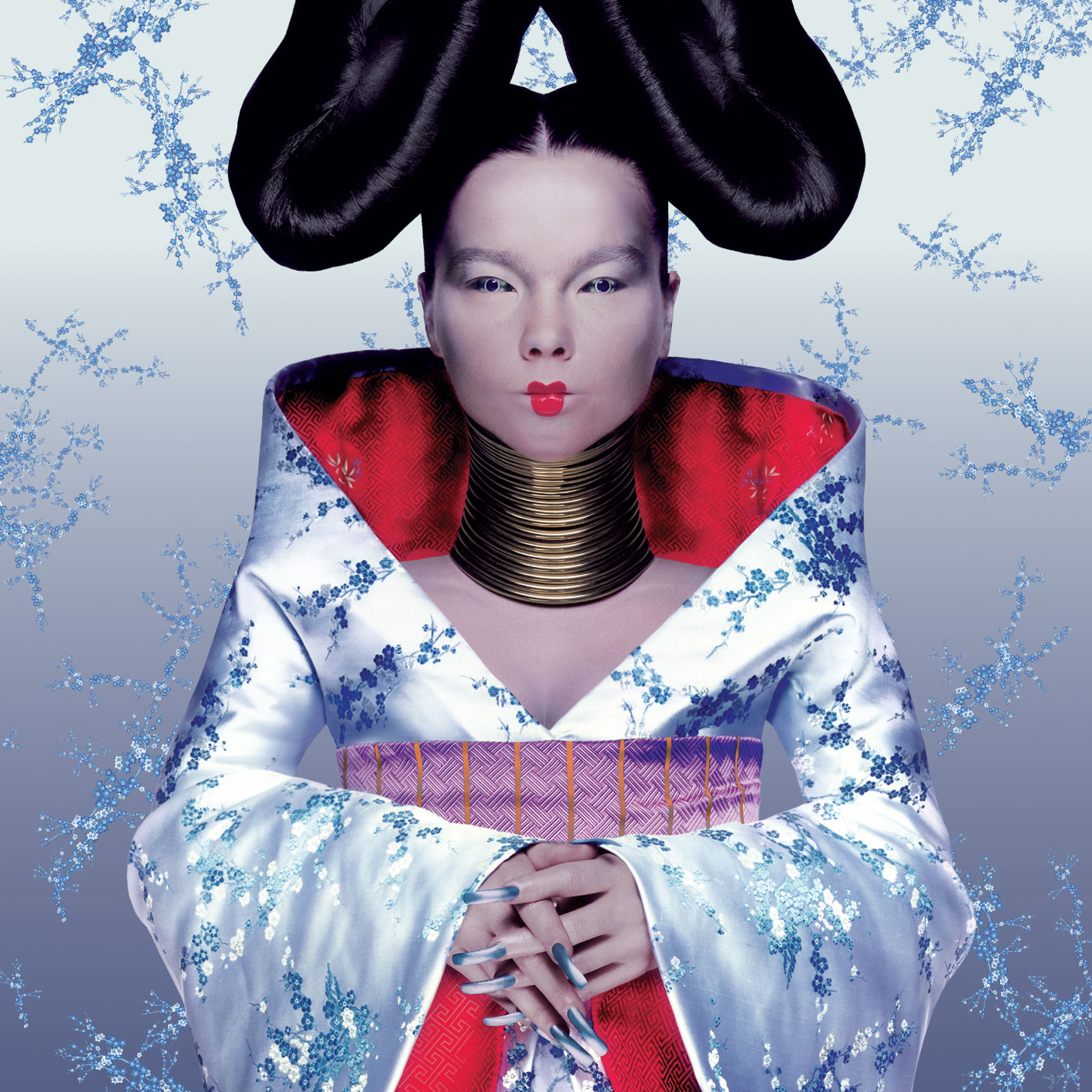 When Pitchfork Media announced earlier this year that Björk Guðmundsdóttir would be performing at this summer’s annual music festival, I scratched my head a little. Not because it would be weird to have Bjork there – I was trying to figure out why she hasn’t performed there yet. If there were ever a music event and an artist made for each other, these two would be it: eclectic, reveling in their originality, and possessing the kind of persona that invites obsessive behavior from fans.

Björk is one of a particular group of musicians (a group that includes Tom Waits, Captain Beefheart, and The Smiths/Morrisey) for whom there are few fence-sitters as far as fandom goes, at least in the US; the reaction to an artist in this group is the average music listener either hasn’t heard them, can’t stand them, or believes completely in whatever they’re doing.

On this side of The Pond Björk is perhaps best known as the foreign chick with the weird voice who wore that swan dress to the Oscars that one year. In a music industry where women are siloed into personas limited to anthem-belting divas, jailbait Pop-tarts, or MOR filler, it's not like she has a lot of inroads to choose from. Plus, her music covers electronica, dance, and experimental Pop (with numerous excursions into Jazz, show tunes, and folk), three of the least marketable mass-media genres, so there was a good chance she wasn't going to get famous here anyway.

I first heard a full album of her work when she was still with the Sugarcubes. These were the years I had made the mistake of signing up for Columbia House, the notorious album distribution company and "record club" that was rendered irrelevant the second MP3s became widely available. Standing out amidst the stream of worthless discs they shoved in my mailbox one summer was a copy of Stick Around for Joy, the Sugarcubes’ third and last album. A Pop album bristling with Punk energy made all the more unusual by spoken-word breaks, it sounded like what would have happened if Lifes Rich Pagent-era R.E.M. and the B-52s combined to form a band and got their start in Reykjavík instead of Athens, GA.

Hindsight being 20/20, it's easy to see now that this band's frontwoman was destined for more than Euro-Alternative Dance-Pop punctuated with Icelandic rapping. Bjork needed to get away from that group to fully realize herself, and Homogenic is the culmination of a creative process that started with two dance-oriented post-Sugarcubes solo albums. Produced at a time when drum machines and samplers were just starting to make their way into every corner of music production and several other established artists were trying to incorporate Electronica and Techno music into their sound (U2’s Pop, Madonna’s Ray of Light), Bjork’s masterstroke of arranging was to combine digital sounds not with rock instruments but with a chamber orchestra. Sweeping violins and acoustic percussion combine with electronics that create a range of textures and moods with each song. The music invites the kind of dichotomous comparisons that automatically become cliché - it's ethereal yet grounded, it's complex yet straightforward, you can dance to it one minute and space out the next.

It’s also an intensely personal album that Björk delivers with her distinctive vocal style that ranges from a soft, heavily accented croon to a primal scream and back again. The lyrics are poetic both in and of themselves (“I’m a fountain of blood in the shape of a girl.”) and in the soaring, dynamic way she delivers them (“I thought I could organize freedom. How Scandinavian of me!”). She spends one song declaring herself The Hunter who will bring back the goods, then another demanding of herself how she could be so immature. Some singers wallow in introspection; She uses it to launch herself into the world.

The final product is something that, sadly, is not something that could be embraced by the wider record-buying public. To make room would require either destroying basic ideas of what Pop is and/or permanently changing conceptions of what women can do in music. Nevertheless, this album is one of the outstanding achievements in late 20th century music. Since its release, Bjork has gone even farther from the pop mainstream with albums focused on, among other things, the folk music of her home country. So which Bjork will we get at Pitchfork this summer? The pre-Homoegenic slamming club beats of "Big Time Sensuality" and “There’s More to Life Than This?” or post-Homegenic a-capella Icelandic throat singing similar to what’s featured on Medúlla? Whatever happens hopefully she’ll see fit to include a song or two off of this brilliant album.