9:43am Isaac Hayes Theme from Shaft from Ultimate Isaac Hayes: Can You Dig It (Stax) Add to Collection 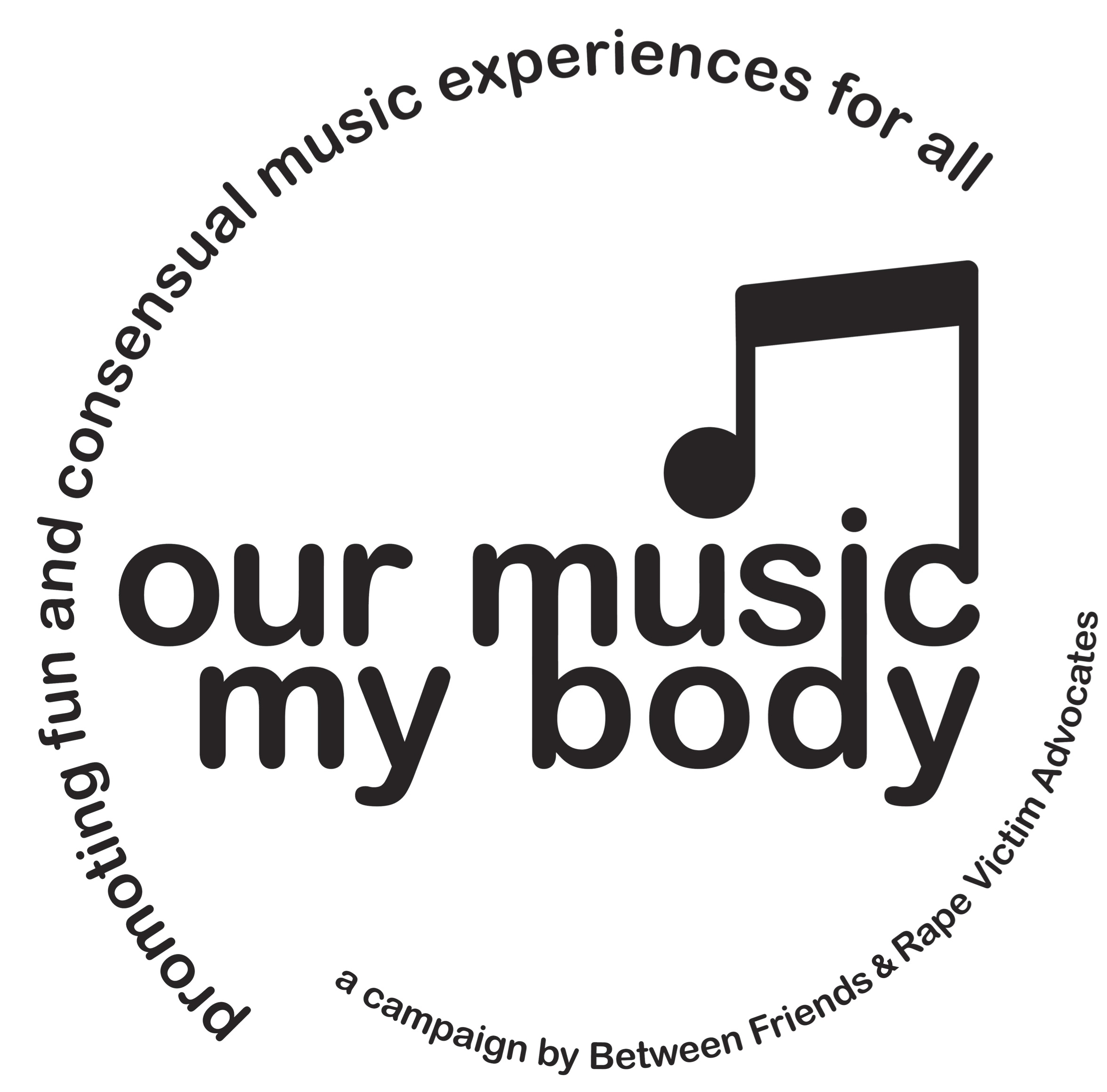 Have you seen a consent button-making table at a concert recently? Did you read Riot Fest's or Kickstand Production's anti-harassment statement? If you answered yes on either account, you might have run into Our Music My Body.

Our Music My Body is a campaign by local non-profit organizations Between Friends and Rape Victim Advocates that promotes fun and consensual music experiences for all music lovers and concert- and festival-goers in Chicagoland and beyond.

CHIRP volunteer and DJ Amelia Hruby recently met up with Our Music My Body organizaer Matt Walsh to chat about the campaign.

AH: For people who aren't familiar, what is Our Music My Body?

MW: Our Music My Body is a collaborative campaign between Rape Victim Advocates (RVA) and Between Friends. Rape Victim Advocates is a rape crisis center that advocates for survivors of sexual assault in hospitals and court systems and also does education work. Between Friends is a domestic violence agency in Rogers Park that does court advocacy counseling as well as prevention education in middle and high schools.

AH: How did it get started?

MW: So in 2011, when Odd Future played at Pitchfork, Between Friends and RVA came together to protest the group's hateful lyrics. They caused a big storm, and they were given a booth at the festival. And this was the moment when people realized that these things need to be talked about in the non-profit world.

Then a few years passed, and I came onto the Between Friends team and did a small campaign about Riot Fest in 2014 (#GetConsentAtRiotFest). I reached out to RVA and said that I wanted to do this a lot bigger in 2016. I got put in touch with Kat Stuehrk and we started working collaboratively on a campaign that included a Huffington Post article, booths at Pitchfork and Riot Fest, and a panel on safety, sexism, and harassment in the music industry that included Corin Tucker (of Sleater Kinney), Britt Julious, Jes Skolnik, and Monica Trinidad.

AH: What is the primary goal of Our Music My Body?

MW: Really we are part of this movement that exists throughout the world that's trying to raise awareness about sexual violence and sexual harassment at music festivals and music venues. We're working on a 101 level of trying to engage people to think about this concept and challenge these ideas. So we have cards that we pass out to everyone we see at festival and venues with basic tips [about consent] as well as resources including numbers to sexual assault agencies, domestic violence organizations, reproductive health and LGBTQ services.

AH: What do you all have planned for this year?

MW: The big goal is to be more visible in Chicago. We want to be present at every festival this year to be pushing this to be a larger conversation. At the fests we tabled last year, we had this buttonmaking station where you could make a big button with a consent tagline. We want our tables to be engaging and to have people interact with us and their ideas about consent in this space.

We're also working on developing models for policies surrounding these issues. Last year, we helped Riot Fest and Kickstand Productions write their anti-harassment statements. With Riot Fest, we wrote the statement, and they okayed it and posted it on their website, but this year we'd love to see it be more visible. With Kickstand, at Beat Kitchen and Subterranean [the venues where Kickstand handles booking] you'll see our signs. And on those signs, they have the domestic violence hotline number and the rape crisis number so that people have access to them if we're not there. 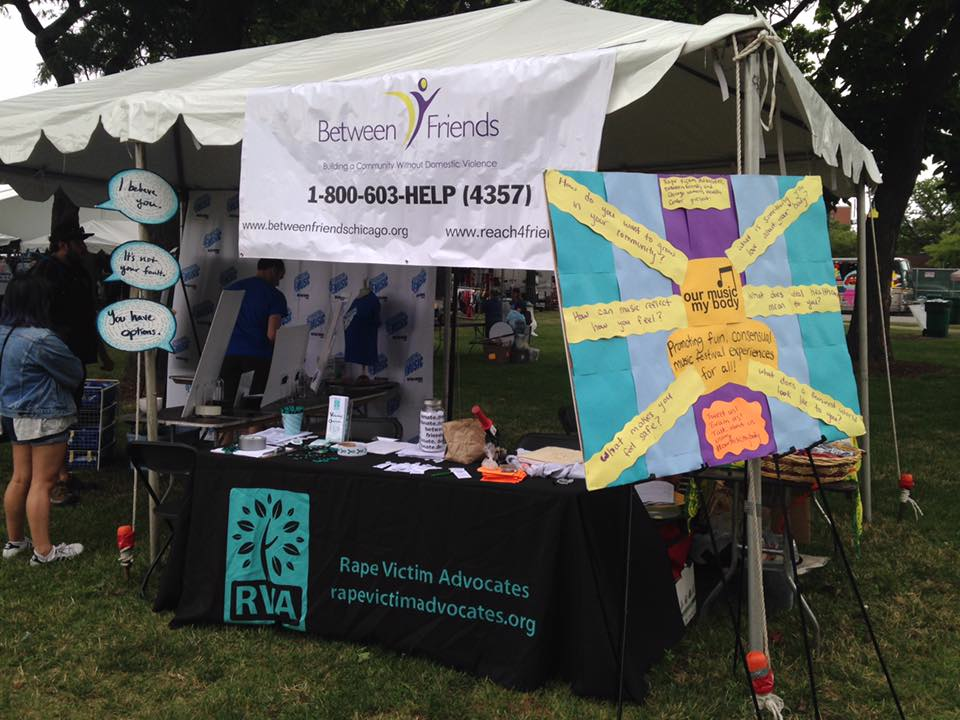 AH: How can people who are interested get involved with Our Music My Body?

MW: They can email me at MWalsh@betweenfriendschicago.org! We always need more tablers. We also have volunteers working on our materials, graphic design, website, and policy research.

You can also check out Our Music My Body at on their Tumblr page.

Topics: our music my body

Next entry: Spot a CHIRP Radio Coaster, Enter to Get Some Sweet CHIRP Giveaways!