5:17pm Jessy Lanza Ice Creamy from All the Time (Hyperdub) Add to Collection 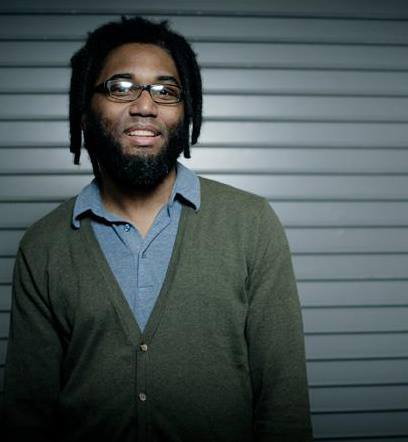 It's practically the eve of Pink Avalanche's The Luminous Heart of Nowhere release (November 18) and the Homeroom Chicago Songwriter Showcase is featuring the group's guitarist/vocalist, Che Arthur. Staying true to Midwestern roots means slipping in for a listen, folks. He'll be at Uncommon Ground this Friday, October 10. Here's a quick chat with Che Arthur done by Billie Howard.

1. Who were some of your earliest musical influences?

In the early 80s, when I started playing guitar as a 12 year old, I’d say my influences were probably the pop of the time - Prince, etc.  My guitar teacher at the time would show me songs by Van Halen, Led Zeppelin, and other classic hard rock stuff, and I’d say by 13 or 14 that stuff was influential for me.  Then around the same time (ages 12-14) I was discovering punk, which eventually became a bigger influence on my writing (and my life) than all of the other stuff.

It used to be words first.  I used to always carry a notebook around with me, and I’d fill it with whatever thoughts/lines/ideas crossed my mind.  I’d then pick from that stuff after writing music, finding lines that fit the mood of the music I’d come up with.  Now it’s very much the opposite.  Now I typically come up with a bunch of music, then as that stuff takes shape I sit with it and think of lyrics.  Sometimes I’ll have a few lines floating around in a notebook somewhere and i’ll build from there, but it almost always comes after the music’s written.  Now, with the most recent Pink Avalanche record, I’d say probably only a third of those songs had lyrics when we got to the studio to record them.

3. When working with your band, do you present complete songs to them or do you begin with some ideas and then complete the song as a group?

On the solo records I’ve done, they’ve been complete songs.  With Pink Avalanche, it’s a mixture.  Most of the songs on the newest record started as just a couple ideas and then were fleshed out in practice by either the whole band together or various combinations of the 4 of us.

4. Do you have a process for starting a new song or combating writer’s block?

I pretty much just pick up an instrument and see what happens.  I’ve never had a set routine.  Sometimes I pick up a guitar and the whole song just comes out almost fully formed.  Sometimes it’s just a verse or a chorus, and I’ll often video record a part I like with my phone and save it to come back to later.

5. What song or songs do you want played at your funeral?

I don’t want a funeral.