8:48am Just Mustard Rivers from Heart Under (Partisan) Add to Collection 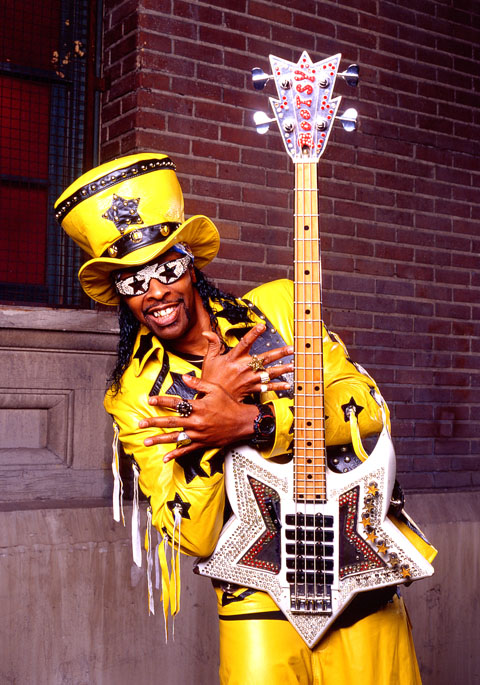 Today is the 61st birthday for the man with the Space Bass and the star shaped spectacles, Bootsy Collins. Bootsy got his start in the ’60s, backing James Brown with his older brother, but eventually burning out (as many did). He resurfaced as the bass player for Parliament-Funkadelic, eventually leaving to pursue his solo career. Bootsy has been a gigantic influence on funk with his distinctive playing and stylish clothes. Let’s pay tribute to this legend by grabbing your iPod or MP3 player, hitting shuffle and sharing the first 10 songs that come up.

Next entry: Come to ʺMy Heart Is An Idiot: Found Magazine’s Tenth Anniversary Tourʺ at the Old Town School!