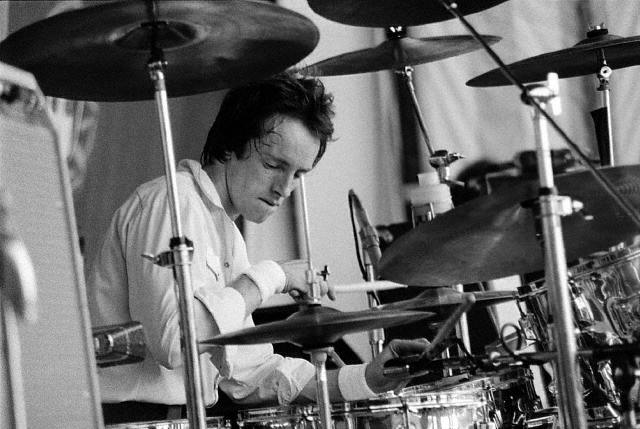 People say that punk rockers didn’t have great musicianship. That was a broad and oft-incorrect generalization. For example, today’s birthday celebrant was dubbed “the Human Drum Machine” by producer Sandy Pearlman, due to his impeccable timing. Topper Headon had that and more. He may have been the second drummer for The Clash, after Terry Chimes was bounced, but he was definitely the best. Without Headon’s underrated playing, The Clash couldn’t have achieved the stylistic breadth displayed on classic albums such as London Calling and Sandinista!. Moreover, he also contributed songs, such as “Ivan Meets G.I. Joe” (which he also sang) and the band’s biggest hit single, “Rock the Casbah” (on which he played drums, piano and bass when he got tired of waiting for his bandmates to get to the studio). In honor of Topper, grab your iPod or MP3 player, hit shuffle and share the first 10 songs that come up.