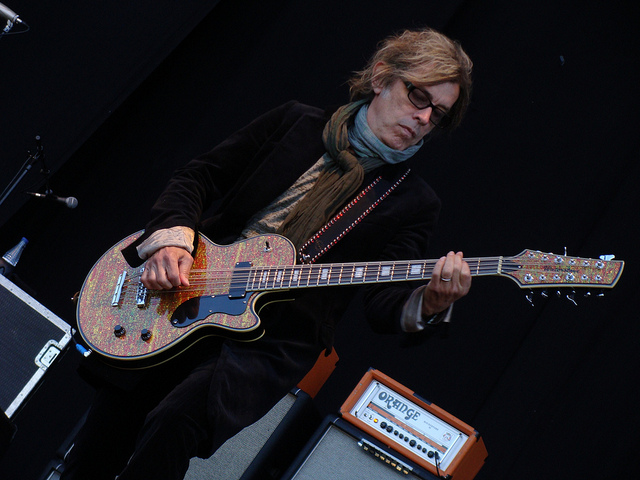 Today is the birthday of the man with the 12 string bass, Cheap Trick’s Tom Petersson. Before he even started playing that special bass, Petersson’s presence as a player was obvious. On Cheap Trick’s debut album, his bass playing on songs like “He’s a Whore” and “Speak Now or Forever Hold Your Peace” showed that he was already a master of the instrument. He finally unleashed his signature instrument (designed by Hamer Guitars) on the band’s third album “Heaven Tonight”. His style truly fit the power pop style, as he has such a strong rock presence, but can play as melodically as needed. Tom had a hiatus from the band as he tried to start a solo career, but eventually came back and still rocks out at shows all over, getting his turn in the spotlight on his one Cheap Trick lead vocal, “I Know What I Want”. In Tom’s honor, please grab your iPod or MP3 player, hit shuffle and share the first 10 songs that come up.

Next entry: CHIRP Radio Welcomes Nothing to Subterranean on Friday May 15th!

Previous entry: Weekly Voyages: Friday May 9 to Thursday May 15