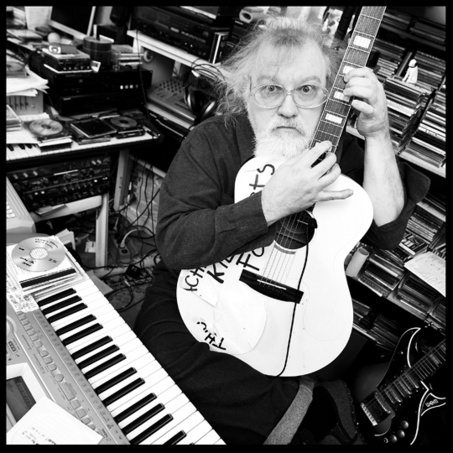 R. Stevie Moore is a cult figure of the highest magnitude. The son of a Nashville session musician, Moore started out making his own music in mid-‘60s, finally releasing his debut album Phonography in 1976. The album is at turns catchy and eccentric (and sometimes both) and kicked off a staggering number of releases over the years. Moore makes Robert Pollard look lazy, having released hundreds upon hundreds of tunes (and he had the good taste to cover one of my all-time favorite Sparks songs, “Fletcher Honorama”). Moore plays many instruments, is an expert in lo to mid-fi recording, has a keen melodic sense and can pen a hook. He’s the original bedroom indie pop artist and current fans of artists like Ariel Pink (who has collaborated with Moore) would be well advised to track down his music. Let’s pay tribute to this original and enduring talent by grabbing your iPod or MP3 player, hitting shuffle and sharing the first 10 songs that come up.