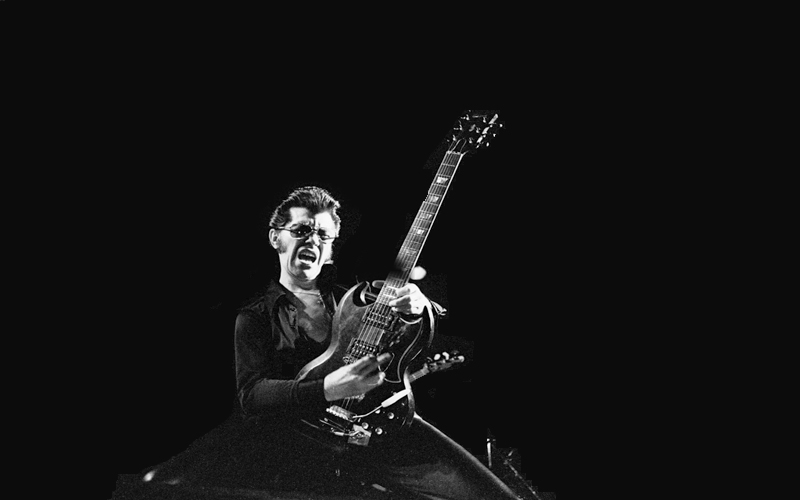 Some say he’s the man who invented the power chord. Today is the birthday of Link Wray (full name Frederick Lincoln Wray), one of the early rock ‘n’ roll guitar innovators. The distorted instrumental classic “Rumble”, a 1958 hit, was his calling card, and his career had its ups and downs, but found him collaborating with ‘70s rockabilly revivalist Robert Gordon, singing back up on an NRBQ record, playing live on stage with Jason & The Scorchers and many other things. Pete Townshend once said that if it wasn’t for Link Wray he would never have picked up a guitar, and many other great players (and not-so-great ones) would say the same thing. Let’s pay tribute to Link by grabbing your iPod or MP3 player, hitting shuffle and sharing the first 10 songs that come up.

Next entry: Lydia Loveless & The Temple of Idolatry

Previous entry: Weekly Voyages: Friday May 2 to Thursday May 8