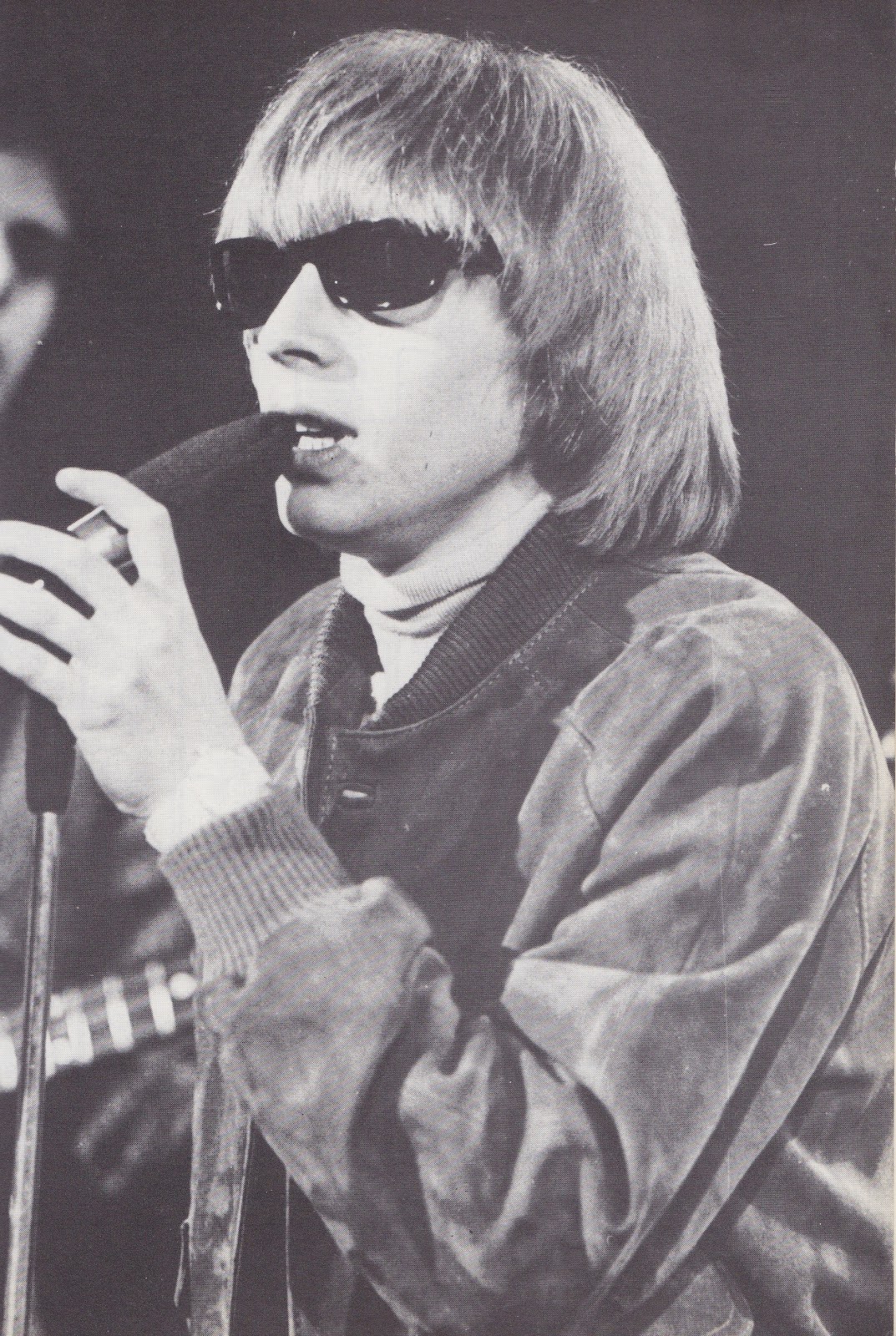 Today, let’s pay tribute to a man who fronted one of the more important British Invasion bands, yet no one remembers him. The late Keith Relf was born today, the lead singer of The Yardbirds. Relf was a versatile vocalist who was able to handle the different styles the ‘birds essayed, from blues to rock to pop to psychedelia to bubblegum. While he was understandably overshadowed by the great guitarists in the band (Eric Clapton, Jimmy Page and Jeff Beck), he certainly was a key part of many great records. In honor of Mr. Relf, get your iPod or MP3 player, hit shuffle, and share the first 10 songs that come up.

Sweet -- Own Up (Water’s Edge): Water’s Edge, which was issued under the title Sweet VI in America, was the band’s second album after lead singer Brian Connolly was booted from the band. While guitarist Andy Scott and Steve Priest handled most of the vocals, drummer Mick Tucker got a few chances to shine. The album found Sweet seeming to respond to the ascent of new wave, with more concise, poppy tunes, and this is a pretty nice song.

J. Geils Band -- It Ain’t What You Do (It’s How You Do It)(The Morning After): Early J. Geils Band albums feature some of the most smoking blues rock tracks of the ‘70s, and this is probably the most rocking of them all. The song is premised on a basic blues vamp, but played with maximum intensity. The song allows harp player Magic Dick and organist Seth Justman to show off, along with J. Geils himself. This blows away pretty much every modern day garage rock band I’ve heard.

Buck Owens -- Under The Influence Of Your Love (The Buck Owens Collection 1959-1990): A typically wonderful Buck Owens honky tonk number. Owens has that natural cry in his voice, yet there’s always a ray of sunshine, even in a lament like this one. And when Buck and Don Rich harmonize in the chorus, it sounds terrific.

The Grip Weeds -- Better World (The Sound In You): Terrific New York band that mixes a variety of ‘60s influences, some jangly, some psychedelic and some British Invasion oriented (like The Move). This song seems to have a bit of all these things, and shows off their fine musicianship and winning harmony vocals.

Richard Thompson -- Hard On Me (Mock Tudor): Thompson rarely releases duds, but, due to his consistency, his albums can sometimes be hard to differentiate. Not so with Mock Tudor, which sports a bit more aggressive edge than almost anything else in his solo catalog. This song is seething with intensity, and the rhythm section sets the tone, with a hard mid-tempo beat supporting the bitter lyrics and stinging guitar playing of Mr. Thompson.

Judee Sill -- The Vigilante (Heart Food): It’s hard for me to properly explain how great Judee Sill is. Her music is a blend of folk rock with classical and jazz influences that blend in such a seamless fashion. While her music was a cut above most of the ‘70s singer-songwriter brigade, it remained fairly accessible, as on this tune, which is certainly melodic and memorable. But her lyrics generally focused on spiritual matters, which likely limited the commercial potential of the material. It’s a shame, as this is some of the best music of the early ‘70s.

Steve Miller Band -- Mercury Blues (Fly Like An Eagle): Hmm...the ‘70s are taking over this shuffle. There are a number of versions of this K.C. Douglas song, which is a nice old blues tune. Steve Miller improved it, by grounding it in a memorable guitar figure and strengthening the chorus.

Telekinesis! -- You Turn Clear In The Sun (12 Desperate Straight Lines): Michael Benjamin Lerner has perfected a certain type of pop song that seems to bridge the gap between power pop and indie pop acts such as Beulah, Neutral Milk Hotel and Mull Historical Society. This is a typical track, which starts with just a voice and guitar and then builds, layering the sounds, with big choruses.

Suede -- She’s Not Dead (Suede): From the get go, this band had down its blend of glam rock and pure melodrama. Their inspirations were obvious (David Bowie especially), but they certainly put their own spin on the sound, and the records sound timeless now. This track seems like a precursor of their epic Dog Man Star album, which followed up this excellent debut LP.

Louis Jordan -- I Know What I’ve Got (Five Guys Named Moe: Original Decca Recordings, Vol. 2): More of a jazz number than the jump blues that made Jordan a grandfather of rock ‘n’ roll. This song is sweet jazz pop, and shows off the softer qualities in Jordan’s voice. He was not just a personality, he could really sing, with excellent phrasing.

Next entry: Chicago Represented at SXSW