5:36pm Sinkane How We Be from Mean Love (DFA) Add to Collection 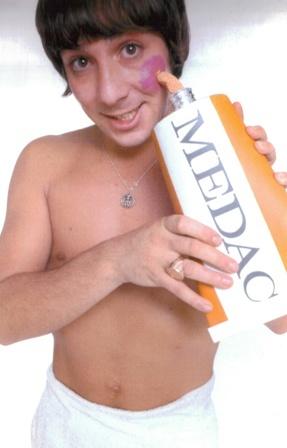 He came to audition for the band that ultimately became The Who with ginger hair. And ginger clothes. He played like a wild man. He was the final piece of the first great power trio in rock history. Keith Moon was an outsized figure amongst the outsized personalities of the British Invasion. In addition to becoming a very influential, oft-imitated (but never equaled drummer), he established himself as the Clown Prince of Rock. Whether it was tasteless adventures with Viv Stanshall or trashing hotel rooms or who knows what, Moon truly was the Loon. And as The Who progressed, he adapted (listen to his work on Quadrophenia). Sadly, his lifestyle aged him at double the rate of a normal human, and he passed away 35 years ago. But try to find video of the band around 1966 or so and watch him play. There’s never been anything like him – a real joy to watch. Let’s celebrate Keith Moon’s birthday by grabbing your iPod or MP3 player, hitting shuffle and sharing the first 10 songs that come up.