11:29pm Bootsy Collins Jam On (featuring Snoop Dogg and Brandon "Taz" Niederauer) from The Power of the One (Bootsy Collins) (Bootzilla) Add to Collection 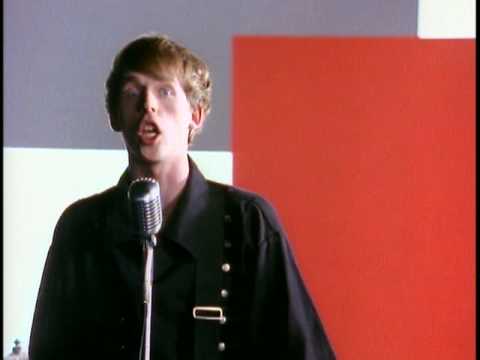 Are you ready? Are you ready, are you ready, are you ready, are you ready, are you ready....at the close of yet another fantastic show, as drummer Mike Zelenko would launch into the famed drumbeat of Sweet’s “Ballroom Blitz”, Material Issue frontman would pick out someone from the audience and point at him or her, insistently asking “Are you ready” until that person said yes, and the band would then launch into a rocking cover of a glam classic. Skinny, arrogant, passionate and talented as hell, Ellison led one of the best power pop bands of the era, a power trio out of the suburbs of Chicago. Ellison loved the classic tropes of the genre, but injected them with the inspiration of Cheap Trick, glam rock, punk and even some classic ‘60s acts like the Bee Gees. The music was sharp, forceful and hooky as hell, with lyrics that were often as astute as Chuck Berry’s, if he was a teen growing up in the late ‘70s and early ‘80s. Their first album, International Pop Overthrow seemed to be the start of something big and is an acknowledged power pop classic. The next two albums had tons of great tunes but never caught fire. But even when their national profile descended as fast as it had flashed brightly, Material Issue was still a giant here, playing to packed houses. Sadly, for reasons no one really knows (the contents of a note have never been revealed by his family), on April 18, 1996, Jim Ellison took his own life. Very few rock deaths have affected me more – he was such a talent. On the first Material Issue song I ever heard, “She’s Goin’ Thru My Head”, he brags about the girl who is “playing my very most favorite Sweet record.” Years later, Sweet (well, half of the band, guitarist Andy Scott and Mick Tucker with some other guys) came to Cubby Bear, and at the side of the stage, there was Ellison. And he was rocking out with total abandon, just as I was, at seeing an all-time favorite. It made what was already obvious even clearer – he lived for rock ‘n’ roll. On the anniversary of Jim’s birthday, please grab your iPod or MP3 player, hit shuffle and share the first 10 songs that come up.

Next entry: Weekly Voyages: Friday Apr. 25 to Thursday May 1

Previous entry: CHIRP Welcomes The Mountain Goats to Two Sold Out Shows at The Old Town School This Weekend!