12:52am Stevie Wonder Do I Do from The Original Musiquarium I (Tamla) Add to Collection 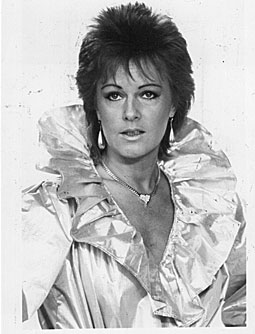 Today, we’re celebrating the birthday of one-quarter of one of the greatest pop groups of all time, ABBA. Anna-Frid Lyngstad was the most well-known of the four members of ABBA, having won a talent contest in Sweden in 1967. She didn’t have any hit records, but sang a Swedish entry in Eurovision, where she met future husband/bandmate Benny Andersson. She was the last to join the group known as ABBA, who, after some minor hits in the early ‘70s, hit it big with Eurovision winner “Waterloo”, which was an international smash. Frida went on to sing lead on ABBA classics such as “Fernando” (which was originally sung in Swedish on a 1975 solo album), “The Visitors”, “The Name of the Game” and “Super Trouper”. Of course, she harmonized with Agnetha Faltskog on ABBA’s masterpiece, “Dancing Queen” – when Benny brought the demo of the backing track home, Frida was moved to tears upon hearing it for the first time. Frida had the greatest solo success of all ABBA members, successfully collaborating with Phil Collins on the hidden pop gem Something’s Going On. Frida has continued to work on and off for the past decade or so. In honor of Frida, please grab your iPod or MP3 player, hit shuffle and share the first 10 songs that come up.

Next entry: Join CHIRP for Sarah Morris at the Museum of Contemporary Art on Tuesday November 19th