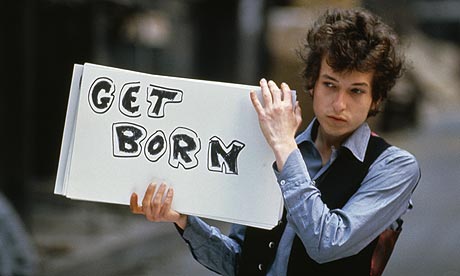 You may call him Bobby, or you may call him Zimmy – yep, it’s Bob Dylan’s birthday! I’m not sure if there’s any brief way to fully pay tribute to one of the major composers and performers of the ‘60s, whose influence changed rock and pop music about as much as anyone. Let’s just say, thanks to Bob Dylan, popular music could go in directions well beyond simple two and three minute ditties. And Dylan is still capable of putting out great music, even as his vocal capabilities diminish, as evidence by 2012's fine Tempest album. As the video from that album and his satellite radio prove, Dylan remains cool beyond all belief. In honor of Mr. Dylan, please grab your iPod or MP3 player, hit shuffle and share the first 10 songs that come up.