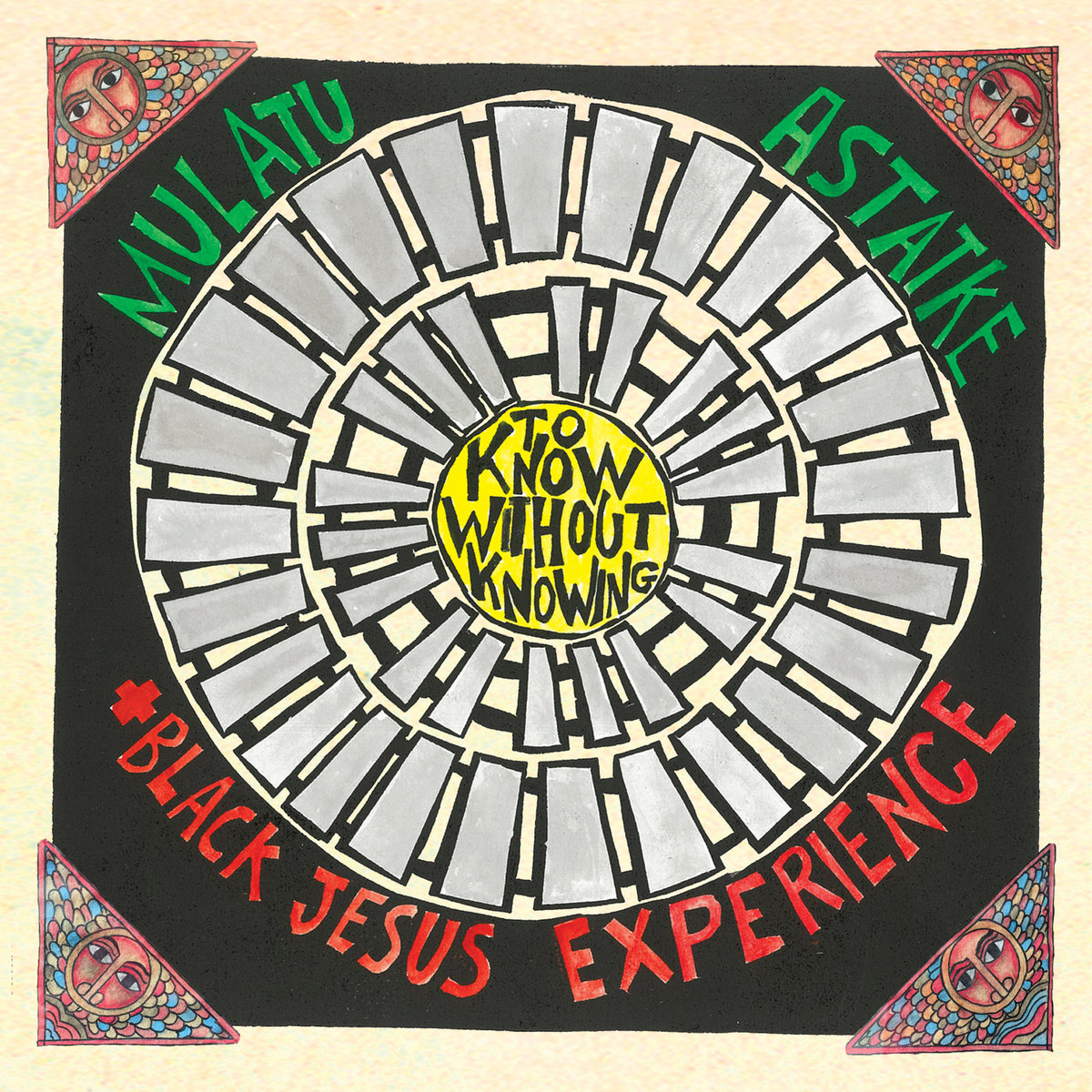 His records collected dust in obscurity until the ‘90s when crate digging beat enthusiasts rediscovered his work. He has since enjoyed a renaissance of sorts that continues to blossom until this very day, with his music appearing in acclaimed films by luminary directors such as Jim Jarmusch, providing the backing tracks for slice of life programs from NPR like This American Life, and most importantly, seemingly inevitably, being sampled by rappers as diverse and notable as Nas, Madlib, and Oddisee.

If you’ve enjoyed popular music in the last thirty years, there is a chance you’ve heard some sounds that have sprung forth from Astatke fertile mind, whether or not you’ve realized it was him you were hearing.

To Know Without Knowing is Astatke’s second album with the Melbourne based, nine-piece Ethio-jazz band, The Black Jesus Experience. They have acted as his backing band since at least 2009, and while their story is not one of penetrating influence like Astatke, their combination of ‘70s revival funk and jazz with consciousness-raising hip-hop is still laudable and not lacking in luster.

The songs on To Know Without Knowing are true to the title of the album, as they weave and wind willfully according to a logic that is known only to themselves, but which coheres to a singular message of progress, love, and the commonality of the human spirit.

This indispensable essence of idiocentrism is apparent from the opening track “Mulatu,” a classic in the genre, which rolls on an Afro-funk break beat with a mossy groove through the midst of reaching horn salvos for four delightful minutes, building momentum until MC Mr. Monk cuts into the mix as if with a machete to lay down slick, reed-snapping bars about the dignity of African people and the need to toss off the real and spiritual shackles of continued colonialist constraint.

It’s a bold start to the album, which takes it’s time to ease you into the rhythmic intrigue of “Living on Stolen Land,” and the danceable, piano lead splash and serpentine shack of the title track, both of which feature the soulful lift of singer Enushu Taye’s vocals, as well as the return of Monk’s thoughtful, commanding flow.

It might just be the jazz head in my, but it wasn’t until I heard the smooth, replenishing rhythms and spoken word jamming of “Blue Light” that the album really started to click for me. That’s not to say that the rest of the album isn’t worth your time or that you should skip ahead to this track. Rather this track’s more traditional style served as a skeleton key to greater appreciation and interpretation of the rest of the album, in particular the polyrhythmic, Ethio-Cuban trot of “Kulun Mankwaleshi” and the sophisticated, East African, funk bop of “Mascaram Setaba” featuring the renowned ivory tickling skills of pianist Bob Sedergreen.

To Know Without Knowing is a loving reminder that where ever you are from, humanity shares a common language, and that language is that of music. The most universal form of all of the forms of human expression.

Next entry: The Fourth Wall: Do the Right Thing