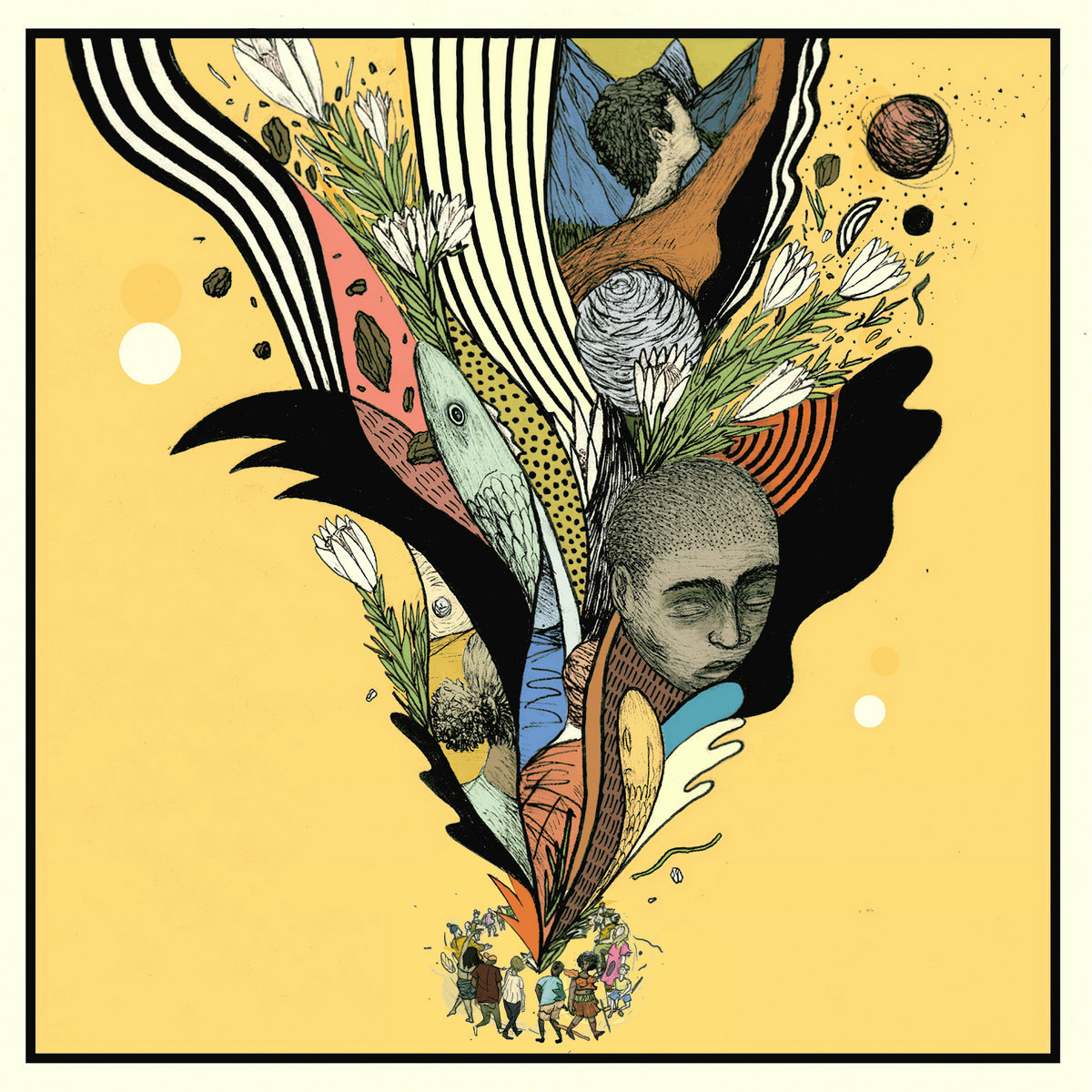 Keleketla! isn’t so much a band as a community. The debut, self-titled album represents a collaboration between performers from around the world’s many jazz, funk, soul and dance variants, combining the thick, slapping rhythm of the late Tony Allen, the afro-fusion foundationalism of Afla Sacke, and the trailblazing electronics of founding members, Coldcut, among many others, to envision a world beyond conflict and without suffering and want.

The album takes its name from a Sepedi phrase (one of 11[!] languages spoken in South Africa) and storytelling tradition of call and response, wherein the audience calls out keleketla! to indicate that they are prepared to listen.

The project blossomed out of the efforts of the Keleketla! Library in Johannesburg, an independent media arts organization that has been working since 2008 to preserve African culture through film, literature, and the visual arts, as well as less defined forms, while encouraging the progressive engagement with these traditions by new artists.

Through the Library’s work with the British non-profit In Place of War, an organization who seek to promote peace and positive change through creative expression, and the team of Ninja Tunes, the project grew to signify a global collaborative exercise in human solidarity, with recording sessions capturing performances in both South Africa and London.

There is no predicting what can be made possible when like minds meet, and Keleketla! is a testament to this fact.

The first track, "Future Toyi Toyi" centers the solidarity efforts of the album, named for an anti-apartheid chant, and recorded in Khayelitsha, West Cape, South Africa, it melds hip-hop with afro-beat, running in tandem with forceful vocal performances contributed by the Cape Town activist group Soundz.

A weaving synth line that winds through "Future Toyi Toyi" like silk around a spinning needle, while scissoring guitar flourishes cut through the fog of tension created by the songs layered presentation to clear a path for the listener to navigate their way through to the gratifying afro-funk of “International Love Affair,” where Brooklyn’s Antibalas step up the grooves, filling the air with warm, gusts of summery street-faire energy.

The heavy bass, free-fire synths, and brassy interjections of “Freedom Groove” give the track a sense of urgency in order to platform the peace-seeking aphorisms of The Watts Prophets, and was built from the bones of an impromptu jam session between Tony Allen and Coldcut’s Matt Black.

There are some weighty ideas dropped in the listener’s lap on Keleketla!, but if things ever get to hot, there is always the cool, graceful, glide of “Broken Light” soul-searching mellifluent, and the elegant, sweeping fusion of “Swift Gathering.”

Keleketla! is an ambitious project that largely succeeds in its efforts to demonstrate the malleability of culture and the universality of the human experience and desire for freedom. A percentage of each sale of the album will go to the non-profit In Place of War.

To learn more about Keleketla! and the story behind the album, you can check out the documentary produced for the album below.

Next entry: In Rotation: Tiny Bit of Giant’s Blood