Valentine’s Day has always been a silly holiday for me. It is supposed to be a day for showing love to your significant other, which to be honest I don't have usually. However, Parks and Recreation soon came into my life and shed some light. When I found out about their invented holiday, “Galentine’s Day,” all of this made sense to me. This holiday shouldn’t be exclusive to the significant others, it should be about celebrating anyone you love in your life in this case specifically your gal pals. Because of this, I decided to put together a list of songs to celebrate the lovely women in your life. Head to brunch, maybe even at JJ’s Diner, and press play on these songs.

How do you not feel empowered after hearing this tune? She discusses the strength and power women have on their own and with each other. And, she makes you feel like you are a complete badass. It is the perfect anthem to celebrate ladies in our lives.

Eddie writesOh, So Cold Up North: 5 Songs To Help You Endure This Arctic Winter

We have just survived a long period of subarctic weather and for that, we are rewarded with a couple of rainy days with temps above 50 degrees. (It was 58 degrees at the time this very sentence about our short winter weather break was written.) And not only do we get winter weather again, but more snow is coming! And the storms have names now. Yippee!

Here are five songs about the cold to accompany you while are walking (in layers) in this winter wonderland. Stay warm!

The opening (oh man, that guitar) 15 seconds is possibly the best way to step outside into this Chicago winter. Its early morning, still dark. Snow is falling onto your head. You can see your breath even though your mouth and nose is covered under a wool scarf. Recorded at Tel Mar Studios in the South Loop, this track includes Buddy Guy strumming on the guitar that sets the mood for the dark wintry day. Oh man, that guitar.

Jack Ryan writesAn EP For The End of the World

Despite what your mom and dad may say, there’s no such thing as the “good old days.” Life’s never been perfect. That being said, things in 2017 have definitely been crazier than usual.

When you flip on the news and see the daily doom and gloom report of potential nuclear war with North Korea, Nazis marching in the streets of American cities, President Trump’s bizarre behavior and climate change related destruction in the Caribbean and south American coast, even the most rational person would come to the conclusion that we were living in the end times.

With that being said, here are some songs that would make for a good EP as Rome burns to the ground…

For a protest song from 1965, this track seems to be shockingly relevant to the world of today. Combining elements of Dylan-esque folk and the wall of sound from Phil Spector’s renowned “Wrecking Crew”, Barry McGuire’s heartfelt singing about Asia, the Middle East and racism in the USA sounds like he could be talking about ISIS or Kim Jong Un.

It also does a good job of chastising those who would rather ignore the world’s problems rather than work to solve them. The only noticeably dated lyric in “Eve of Destruction” would be the line “You’re old enough to kill, but not for votin’,” since it was written before the passing of the 26th amendment.

Before then, under-21-year-olds who didn’t even have any political say where being drafted and sent to die in the jungles of Vietnam. Thank god that doesn’t happen anymore! 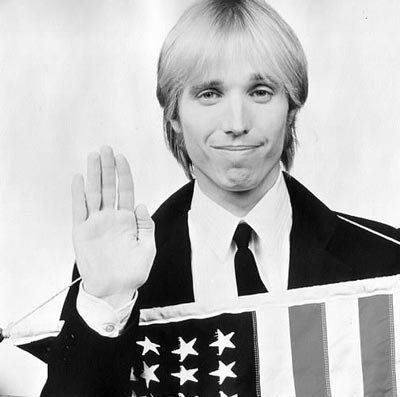 On a day filled with tragedy, avid rock fans learned of other disheartening news that singer/songwriter Tom Petty had suffered from cardiac arrest, with confusing news reports eventually confirming his death.

Petty produced an array of well-known hits throughout his career as both a solo artist and as lead singer of Tom Petty and the Heartbreakers. From "Refugee" to "You Don't Know How it Feels," Petty's craftsmanship as a songwriter proved successful throughout his forty-plus years in the music industry.

With hits like "I Won't Back Down," "Here Comes My Girl," "The Waiting," "Free Fallin," "Mary Jane's Last Dance," "Don't Come Around Here No More," "Learning to Fly," and "American Girl," there is no lack of favorite songs to choose from when compiling a list of Petty's best. Yet to those fans who stick solely to the hit singles, Petty's discography showcases just as many valid lesser known tracks than those that cracked the Billboard Hot 100.

In honor and remembrance of Petty's legacy in music, here's a list of deep cuts that deserve the attention of your ears:

Somewhat reminiscent of the songs of old when lyrics were stand-ins for a linear narrative, this track from one of The Heartbreakers' most recent efforts finds Petty on a cross-country journey, finding persons of interest along the highway.

"She was a part of my heart/Now she's just a line in my face," Petty bemoans, regarding a motel maid he decides to take along for the ride. This moody slow burn of a song shows Petty was still in top form well into the twenty-first century.

You know, maybe it’s just my appreciation of sincerity, but sentimentality can get an unfair rap among many critics and fans. However, sometimes, it can make for classic pop music: think of Bill Withers’s “Lean on Me,” Simon & Garfunkel’s “Bridge Over Troubled Water,” and Carole King’s “You’ve Got a Friend,” for example.

But for the overwhelming majority of pop hits that could be called cheesy or sappy, there may be a deserving stigma for excessive emotion. That said, I wanted to list five of my favorite sentimental pop hits that deserve another listen. They are ranked, leading up to the one that could feel like the guiltiest of guilty pleasures. And I will defend each pick.

5. “You Are Not Alone” by Michael Jackson

It’s easy to forget that in the last couple decades of Michael Jackson’s life, a lot of his music was panned. Despite the boring melody of this song, penned by R. Kelly, “You Are Not Alone” became the first song ever to debut at #1 on Billboard’s Hot 100 singles chart. And for at least the last two minutes, such an achievement sounds justified. Ignore the steamy video with his then-wife Lisa Marie Presley, and just focus on Jackson’s passionate vocals, backed by a stirring gospel choir. As Little Richard once said of Jackson, “Michael’s one of the few people in rock ‘n’ roll that can really sing.”