As Pride festivities conclude across the world this week, there are numerous songs in many languages that celebrate the community and bring everyone to the forefront. Here are five dance songs in Spanish to add to your playlists and soundtrack for Pride Month, next dance party, and beyond...

From the album Amiga (Nacional Records, 2016)

The literal translation to this song title is “It’s always Friday in my heart”, which is not a bad way to view the world, especially when one needs a break from all the doom and gloom. This Chilean musician and filmmaker has his heart on his sleeve and is not afraid to express himself. As his career has advanced, Anwandter’s music has intertwined both political and personal issues, all served on a platter of danceable pop and visually poetic music videos (like the one for this song.)

Happy Thanksgiving, CHIRP turkeys! Every year, I’ve done a special edition of my show on Thanksgiving weekend, featuring two hours of songs referencing food in some way. I thought this year, it would be fun to share a few of my favorite songs about food, so you can listen while you chop carrots, roast the turkey and bake pies - or just make a trip to the liquor store for the wine, if that’s more your speed. Happy feasting!

First off, you have to go shopping before you can cook, or eat, so start your musical feast with “The Market of Farms” by Artichoke. 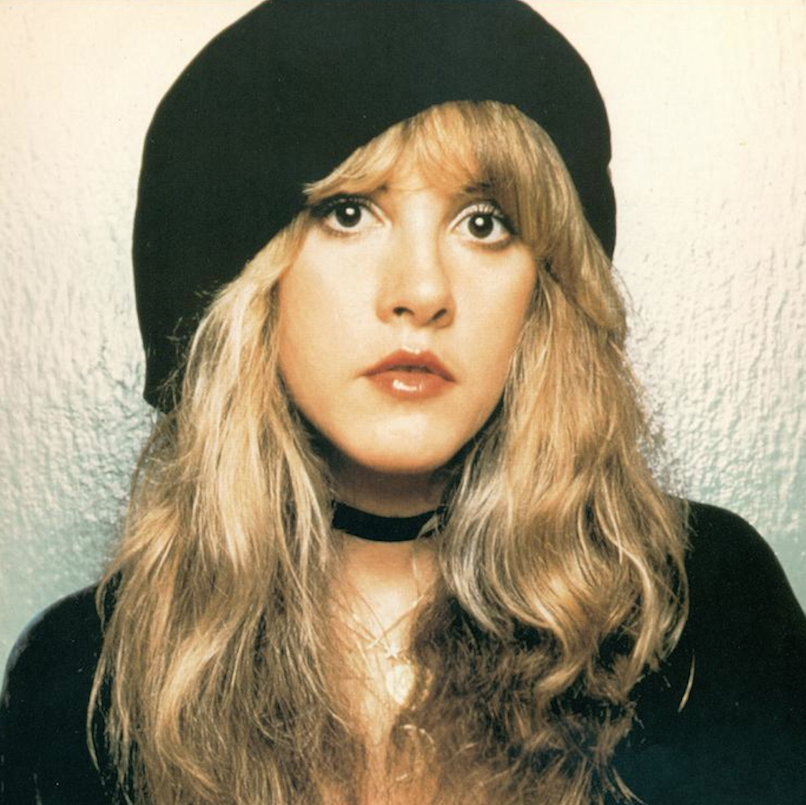 If there's one thing I've learned in life, it's that "time makes you bolder." And Stevie Nicks is getting older, too. Yes, this year the Gold Dust Woman turned 70 on May 26th, and as a musician "taken by the wind" she seems to show no signs of slowing down.

The band that made her a household name, Fleetwood Mac, is about to embark on another tour (albeit sans guitarist Lindsey Buckingham), and earlier this year she and her band mates received the MusiCares "Person of the Year" award. Nicks even became "meme-worthy" when her song "Dreams" was included on a meme that went viral.

Looking back on her forty-five years in the music industry, Nicks has proven herself a fashion icon, a musical influence for aspiring female musicians, and one of rock's most celebrated songwriters. She's responsible for such enduring hits like "Rhiannon," "Landslide," "Dreams," "Gold Dust Woman," "Edge of Seventeen," and "Stand Back," but she has also written many other songs that are as valuable as any of those other classic rock mainstays.

In honor of her 70th birthday, here's a list of Stevie Nicks deep cuts (listed in chronological order):

The only Nicks-penned tune with ex-boyfriend Lindsey Buckingham on lead vocals, "Crystal" has popped up multiple times throughout Stevie's career, first introduced on the Buckingham Nicks LP, then as a track on the duo's debut with Fleetwood Mac in 1975.

Almost a bookend to Nicks' classic "Landslide," the lyrics showcase a theme of reflection and emotional growth: "How the faces of love have changed turning the pages / And I have changed, oh but you, you remain ageless..."

Nicks would ultimately dust off this song some twenty years later, as a contribution to the Practical Magic soundtrack, this time with her own weathered voice as lead.

Death, despite all the advances of modern witchcraft and wizardry, remains undefeated. It endures as one of the few certainties in life, on par only with taxes and people getting uncomfortable when you talk to them about death. It comes for us all, so we may as well prepare accordingly.

Setting aside the fun stuff, like completing a last will and testament or picking out your pine box, make sure to prioritize the funeral playlist. Your funeral will be the last party you attend and you have full creative control on the soundtrack. Music sets the mood. Music can take an otherwise sad event and temporarily inject joy and lightness into even the heaviest and most somber room.

I've attended (too many) funerals, and without fail the music is a bummer. If you play sad music at a sad party, people are gonna cry. The goal of my festivities will be to keep tears to a minimum, and happy music seems like the best way to ensure success. The other consideration is to pick songs that attendees won't often have to hear; if your happy songs take on an unintended sad-by-association connotation, you want to avoid one that randomly pops up on the radio to ruin someone's day.

With that, the top 5 songs I want played at my funeral:

"When I'm Dead and Gone" by McGuiness Flint

The debut single from English group McGuinness Flint serves as the guiding light for this audio mood board. Mandolin and kazoo, two instruments incapable of sadness, are heavily featured. Vocalist Graham Lyle pleads that when he's dead and gone, nobody mourn beside his grave. We should all be so lucky.