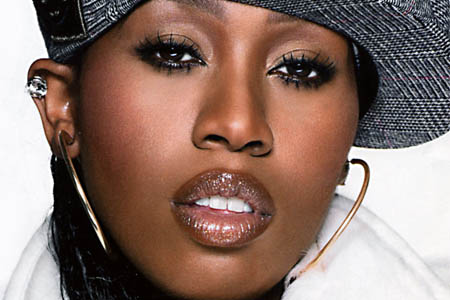 One of the most talented and successful rapper/producers in history, Missy Elliott (born Melissa Arnette Elliott) did not take the road well-traveled throughout her lengthy and storied career. She wore yellow garbage bags for her debut music video, “The Rain (Supa Dupa Fly).” She could out-rhyme just about any MC, whether male or female, with such lines like “Don’t I look like a Halle Berry poster/See the Belvedere playin’ tricks on you.” For her more recent song “WTF (Where They From)”—her first song in almost a decade, she did not miss a beat. Missy managed to put posers like Miley Cyrus in their place, prove to skeptics that she was still relevant (thanks to a hypnotic music video featuring marionettes), and after over two decades in the business, show the world how a confident woman in music could do what she wanted without compromises.

Let’s celebrate the birth of this cutting-edge supa dupa fly MC by hitting shuffle on your MP3 player and see what the first 10 songs appear...

While their time in the spotlight was short lived, The Zombies left behind an impressive legacy of music, from oldies radio staples like “She’s Not There” and “Tell Her No” to shoulda been hits like “Whenever You’re Ready” and “I Love You” to the psych-pop masterpiece Odeyssey and Oracle. A key component to their sound was their super talented lead vocalist, Colin Blunstone. Colin had the pipes to pull off R & B and garage rock songs, but he could smooth things out to sing the poppiest of melodies. Just listen to how he handles the breathy verses of “Time of the Season” and comfortably ups the intensity where needed. Blunstone, after a brief foray into selling insurance, had a very nice solo career, and for the past decade or so, he and Rod Argent have been touring in a new lineup of The Zombies. He is truly one of the underrated figures of the British Invasion. Let’s celebrate his birthday by grabbing your iPod or MP3 player, hitting shuffle and sharing the first 10 tunes that come up.

It’s time to wish Jello Biafra a happy birthday! The loquacious frontman of the Dead Kennedys brought a special wit and incisive commentary to American hardcore punk and has continued to comment on injustice, both as a solo act, and teaming up with others, in groups such as Lard. Who knows, maybe someday Jello will become Mayor of San Francisco. In the meantime, let’s pay tribute to Mr. Biafra by grabbing your iPod or MP3 player, hitting shuffle, and sharing the first 10 tunes that come up.

This week, we’ll be able to salute two for the price of one. Let’s pay tribute to Kim and Kelly Deal, the twins who combined forces in The Breeders. Of course, Kim was famous before that, as part of the Pixies, one and forever alt-rock gods (and, by the way, Joey Santiago also turns another year older today). With The Breeders, the Deal sisters provided a needed dose of girl power on the radio,with muscular and witty songs like “Cannonball”. In their honor, please get your iPod or MP3 player, hit shuffle and share the first 10 songs that come up. 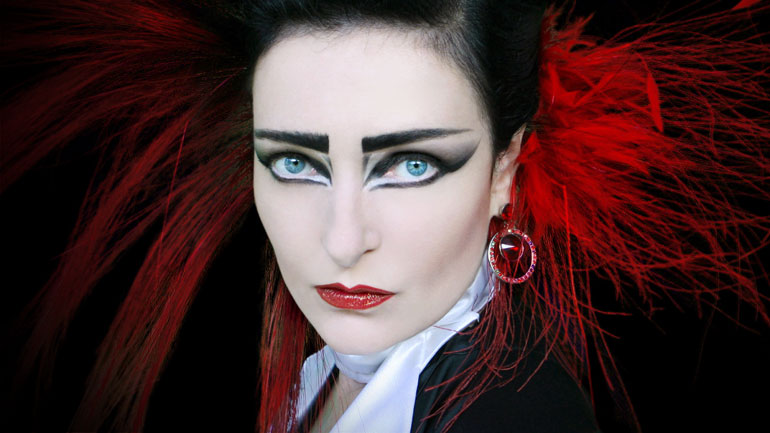 Today we celebrate the birthday of Siouxsie Sioux, lead singer of Siouxsie and the Banshees. Formed in 1976 by Siouxsie and bass player Steven Severin, the band made a name for itself during the first wave of Post-Punk, developing adventurous, unusual sound structures and a look that helped pave the way for Goth culture. Bands ranging from The Smiths to The Weeknd have appreciated and been influenced by the group, and Siouxsie has been cited by Allmusic as “"one of the most influential British singers of the rock era."

To celebrate Siouxsie Sioux’s birthday, take your MP3 player, press the "shuffle" button, and share the first 10 songs that play:

4. Janelle Monáe - Give ‘Em What They Love (Feat. Prince) (The Electric Lady)