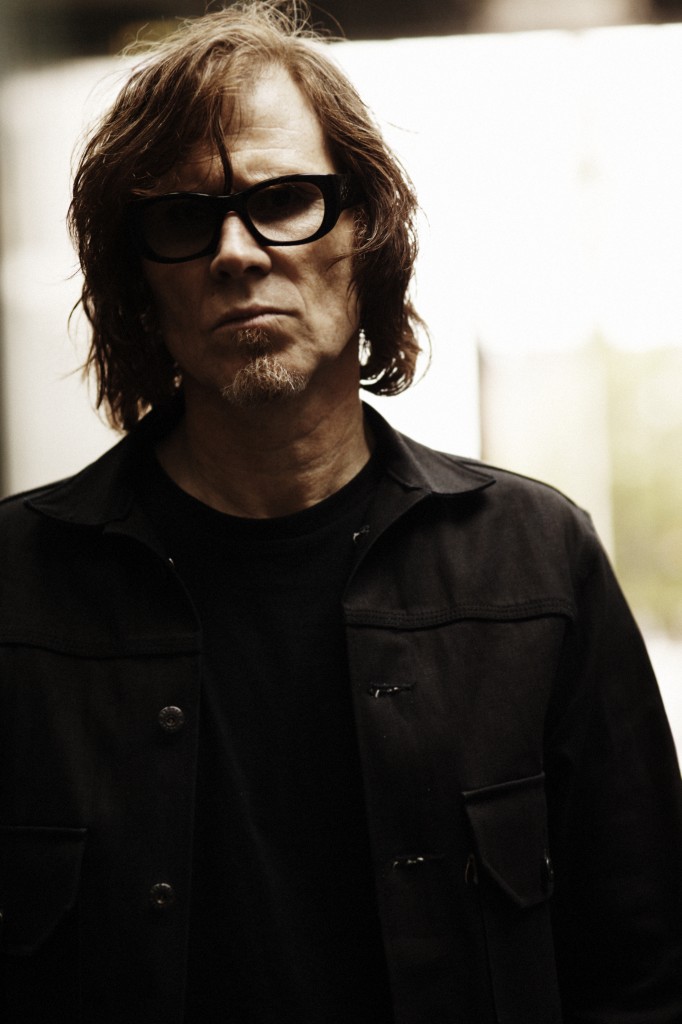 (photo from marklanegan.com by Steve Gullick)

Today on the MP3 Shuffle, we celebrate the birthday of Mark Lanegan.  Lanegan fronted a band out of the Pacific Northwest called Screaming Trees from 1985 to 2000, one of many acts that got unfairly lumped into the “grunge” sound.  As is usually the case, reality was much more complicated-- the quartet captured an eerie, dark psychedelia through a buzz factory of guitars and Lanegan’s dusty, whiskey-soaked croak of a baritone.

But having seen the band play live and Lanegan perform solo, I much prefer the latter.  He’s a well-known collaborator (he’ll share the stage with The Afghan Whigs within the next few weeks at benefits for guitarist Dave Rosser, recently diagnosed with inoperable colon cancer) and has recorded a few records of reinterpretations, but he’s at his best when sharing his own nightmarish dreams and waking nightmares.  What better day than Black Friday to commemorate a man whose dark worldview should make him a worthwhile inheritor to the man in black himself?

To mark this day and celebrate Lanegan’s music, let’s play the shuffle. Grab your MP3 player or electronic device of your choice, press the shuffle button, and share the first 10 songs that play: 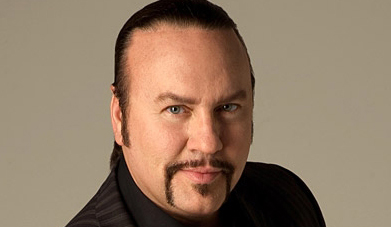 Today on the MP3 Shuffle, we celebrate the birthday of songwriter extraordinaire Desmond Child. According to Wikipedia, he’s the son of a Hungarian aristocrat and a Cuban singer, which is pretty cool in itself. But he’s also made a name for himself penning hit songs for a bunch of popular hard Rock bands including KISS (“I Was Made for Loving You”), Bon Jovi (“You Give Love a Bad Name”), Aerosmith (“Dude [Looks Like a Lady]”), and even Ricky Martin (“Livin' la Vida Loca”). If you were listening to a commercial Rock station in the late ‘80s, you were hearing this man’s words on a regular basis.

To mark this prolific artist’s accomplishments, let’s play the shuffle. Hold your MP3 player high, press the shuffle button, and share the first 10 songs that play: 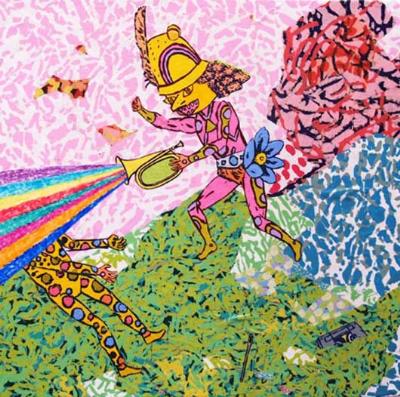 Fans of experimental noise Rock rejoice! Today is Brian Chippendale’s birthday. He plays drums and sings in the band Lightning Bolt and several other of his own projects including Black Pus and Mindflayer. “Have I ever heard Brian Chippendale play?” you might ask yourself. Rest assured, you would know if you’ve heard him. Chippendale’s style is a storm of speed and rhythm that maximizes volume and drum hits per measure in an ecstatic frenzy that makes Keith Moon’s technique sound like meditation. “Fierce” and “bold” don’t begin to describe the sounds he makes, but he’s not a one-trick pony. Among his numerous collaborations (including playing drums for the 2007 Bjork album Volta) he is also a visual artist who created all of the Lightning Bolt’s album art as well as his own comics and graphic novels.

It’s a good day to make it loud, so take your MP3 player, press the "shuffle" button, and share the first 10 songs that play: 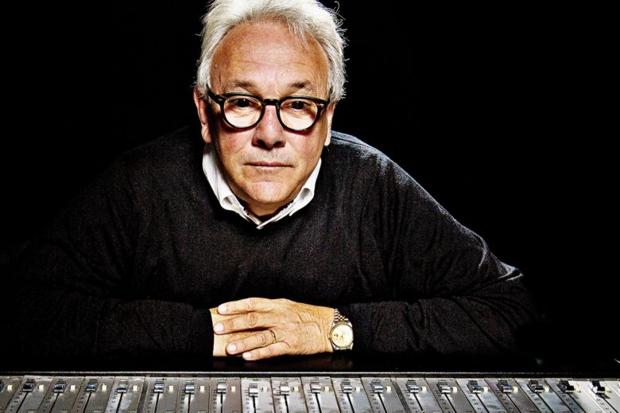 [photo by The Times UK]

The UK newspaper The Times named him “The Man Who Invented the ‘80s.” Looking at his accomplishments as a musician and producer, it’s not hard to see why Trevor Horn fits that description. US music listeners probably know him best as the lead singer of the Buggles, whose song “Video Killed the Radio Star” was the first video ever played on MTV and about as close as anything to being the starting signal for the ascendance of video pop culture. That is just one chapter in a prolific career. In addition to being a founding member of The Art of Noise and producer of one of the greatest synth-pop albums ever made (ABC’s The Lexicon of Love), here’s 10 other artists and bands he’s performed with and/or produced: Paul McCartney, Cher, Yes, Grace Jones, Seal, Pet Shop Boys, Simple Minds, Frankie Goes to Hollywood, Genesis, Belle & Sebastian. You get the idea. It’s Mr. Horn’s birthday today - play the MP3 shuffle to celebrate. Take your MP3 player, press the “shuffle” button, and share the first 10 songs you hear...

Today is the birthday of Louis Jordan, the singer, sax player and one of the most successful bandleaders of the 1940s and 1950s. At a time when big bands were beginning a downward trend in popularity and musicians like Charlie Parker and Miles Davis were taking Jazz into bold new directions, Jordan kept the faith with the crowds who still wanted to dance. With his band the tympany Five, Jordan enjoyed a huge amount of success with segregated Black and White audiences, writing and performing arrangements for smaller groups that would serve as the fundamental building blocks of what would become R&B and Rock ‘n’ Roll. In addition to being a fantastic performer, he never let the crowd forget that music is fun.