Podcasts on the topic of “Fury” 2 results

FURY was born in Chicago Illinois. As a child she attended her grandfather’s church where she gained a very strong moral foundation as well as an appreciation of soulful music. Growing up she expressed her feelings through art and grew very fond of poetry and spoken word. Her biggest inspirations growing up were Queen Latifah, Lauryn Hill, Eve, Left Eye and Talib Kweli. At the age of 13 she began to embrace the notion of becoming a rapper. Due to the loss of many loved ones she used writing to deal with the pain and loneliness we all deal with growing up. In high school she performed in several talent shows and began to gain more confidence as a rapper. At the age of 22 she became a mother and gained an even stronger drive to be a positive female role model. The music FURY writes is very intense and heart felt. She is very aware of the decline in positive messages in hip hop especially from female artists. She is inspired by music from all walks of life as long as it attempts to connect people and helps others to deal with life. She hopes to continue the legacy of the great female emcees who paved the way for her and motivate the emcees of the future.

The First Time is CHIRP Radio’s live lit and music series. Created in 2010, The First Time pairs a reader’s personal story about a specific "first time" - a different "first" for each show - with a song performance. This unique structure allows the story to resonate with audience members as they experience the accompanying song covered by The First Time Four (Gerald Dowd, Steve Frisbie, Liam Davis and Scott Stephenson. 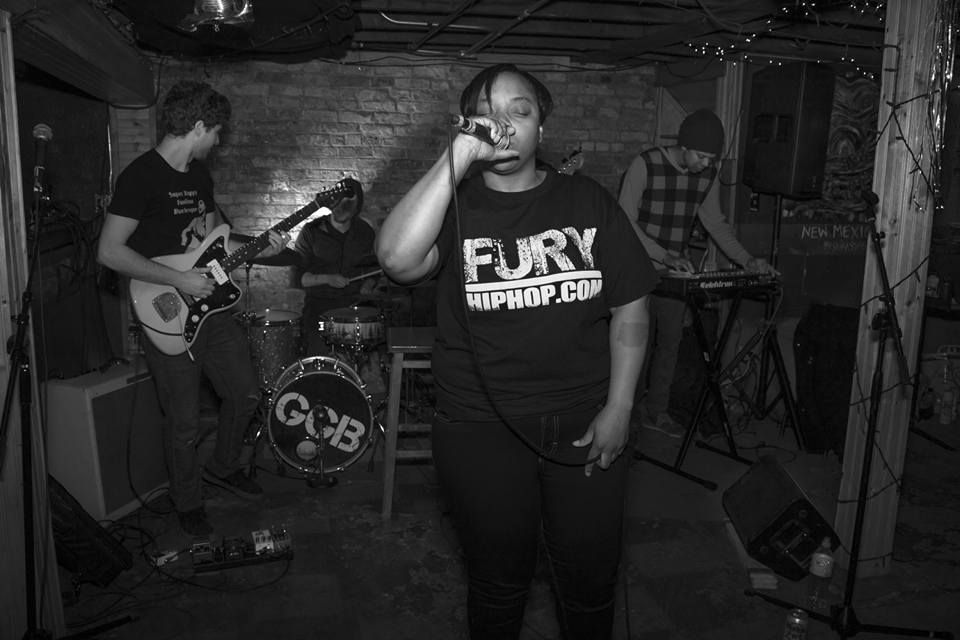 “We promote consciousness and empowerment through powerful music and lyrics.”


Sam, local rap artist known as Fury sat down with Features Director Amelia Hruby to discuss her inspiration origins, how she came to rap, and building community through DIY community.