9:45pm Swearwords All the Time from No Place in America (self-released) Add to Collection 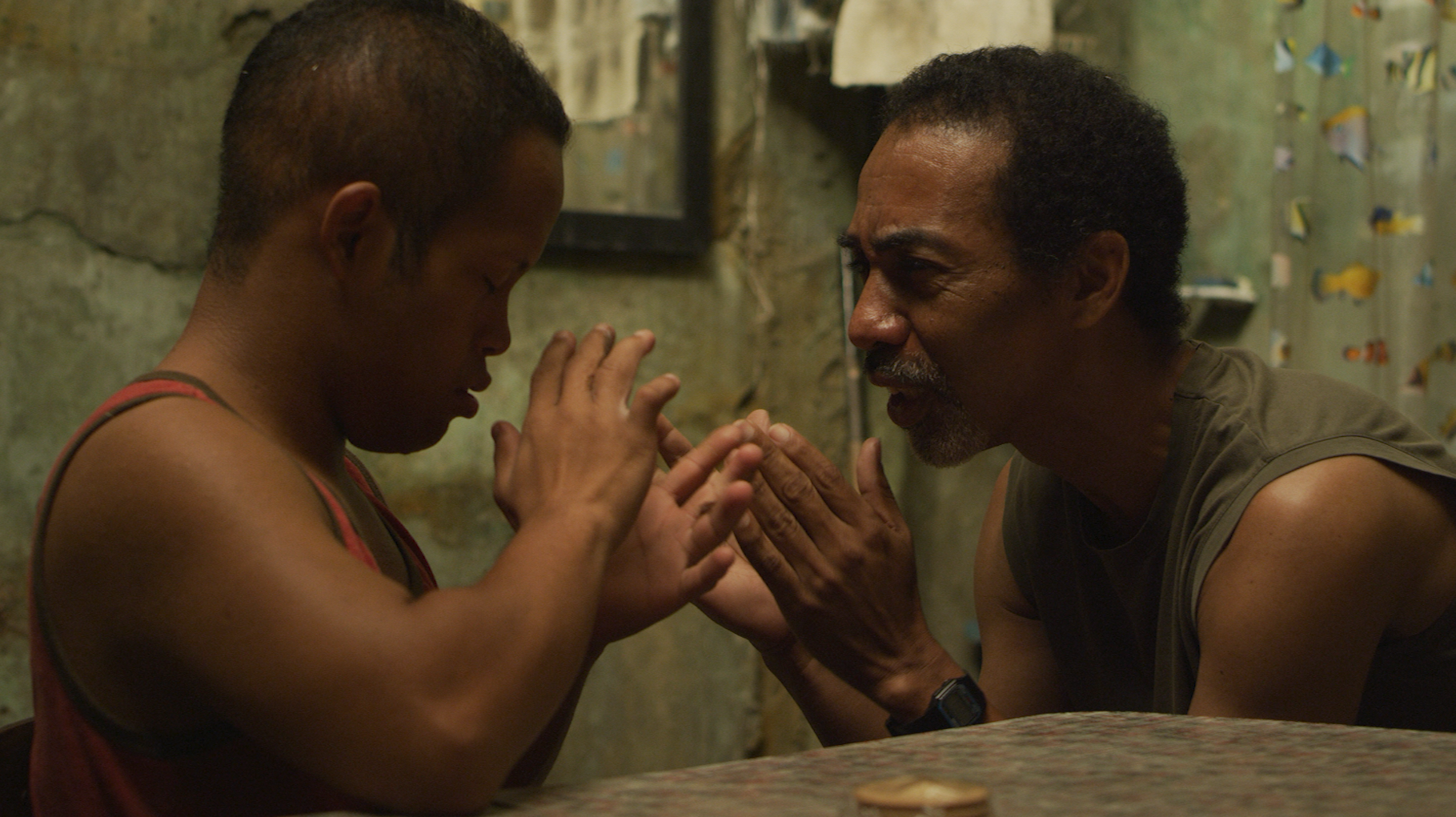 Artistic aspirations serve as both a blockade and a connection between father and son, and as Chuo aspires to achieve his dreams and independence, his father begins to deal with the demons of his past and build common ground with his son.

With Gaza Mon Amour (Palestine/France/Germany/Portugal/Qatar), the Nasser brothers (Tarzan and Arab) focus on the struggles of finding love at a certain age. As a fisherman who has lived the solemn life of a bachelor for sixty years, Issa has decided he's ready to marry.

Refusing the options provided by his matchmaking sister, Issa sets his sights on Siham, a widowed seamstress who runs a dry cleaning and repair business with her moody daughter. 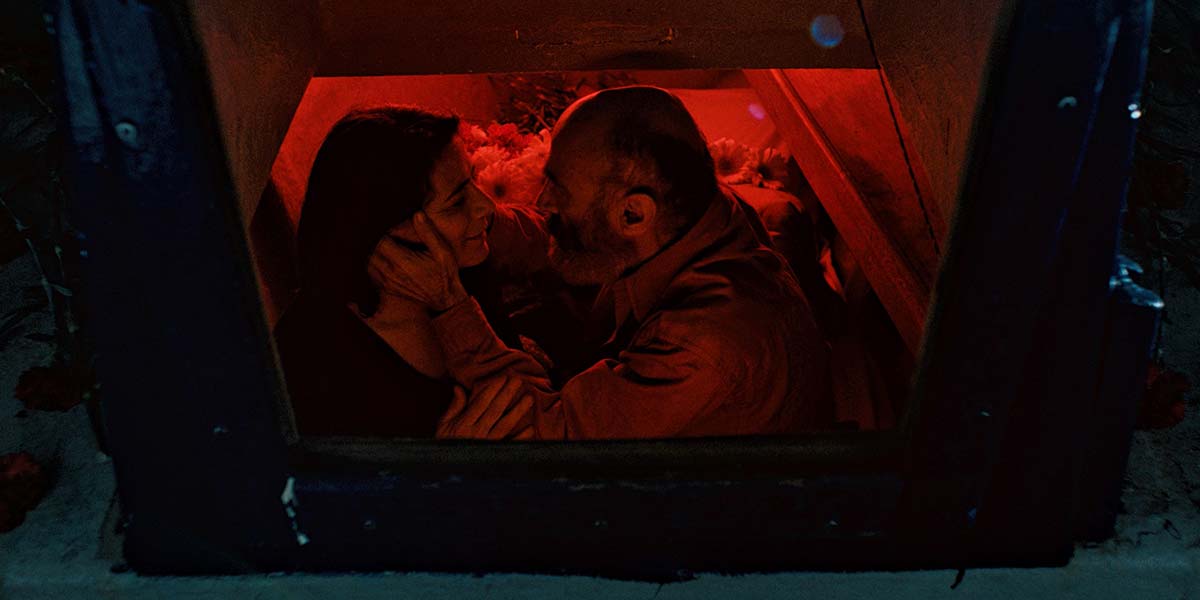 After netting a statue of a larger-than-life (and fully erect) Greek god Apollo, Issa must overcome the entanglements of the Hamas authorities in search of the statue, the aggravating interjections of his sister, and the typical goings-on of modern day Gaza to work up the courage of proposing to Siham.

I got the chance to interview filmmaker Ignacio Marquez about The Special and the current state of the world. When I asked about how Venezuela was doing during the Covid-19 pandemic, he told me their state of affairs would be very difficult to explain: "We are going through the most acute economic and political crisis in our history, we have two presidents, two congresses, a brutal international blockade, an exodus of people that competes with biblical narratives, and, if that were not enough, a pandemic...it is increasingly difficult for us to respect our differences and learn to live with them...but paradoxically, we keep laughing, we keep dancing and we keep making movies."

I found his response to be absolutely true, that even through difficult times (which seem not that different from one country to the next), we still find things to celebrate and appreciate, even if we can't always get along.

The Special and Gaza Mon Amour focus on storylines between people, surrounded by a specific culture and the economic struggles of--as one character says in Gaza--a "shitty life." But as Issa says "Only God knows what lies ahead."

What connects an audience to a film from any country, is as Marquez explained, the human factor: "the characters and their stories have to connect emotionally with any viewer from any latitude."

Whether it is the struggle of a son trying to conquer the love of his father, such as in The Special, or the struggle of an elderly bachelor finding an intimate connection with a seamstress, like in Gaza Mon Amour, the struggle to find commonality between others is a challenge we all face no matter what country we come from.

Next entry: In Rotation: Shemekia Copeland

Previous entry: The Most Dangerous Men in Comedy: Reviews of “Belushi” and “For Madmen Only”