Welcome to The Fourth Wall, CHIRP's weekly e-conversation on cinema. This week's subject is a recap of the year 2017 at the movies. 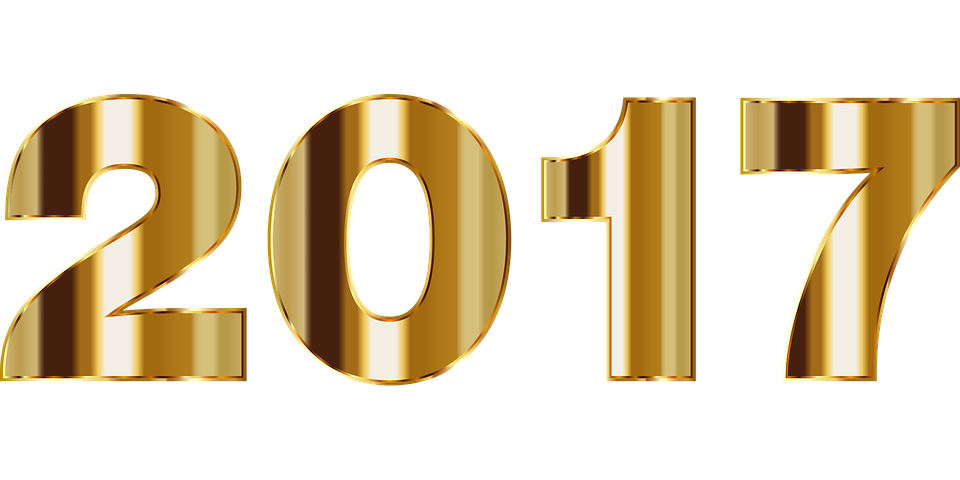 The calendar on the wall says 2017 is all done. Let's honor the film critics code and reflect on the year that was, shall we?

I feel we’ve looked at a mostly excellent group of movies this year. I’m very happy we were able to screen movies like Exit Through the Gift Shop, Frozen River, and The Babadook, movies I should have seen by now but didn’t. As far as films released this year, Get Out and Baby Driver are at the top of my list. In very different ways, they are both excellent and entertaining stories that reminded me of why I started going to theaters in the first place. [The fact that Kevin Spacey is involved in Baby Driver hasn’t changed my opinion of the project. There are hundreds of people involved in making a film, and I don't want to dismiss their efforts because of one person.]

Along with films we looked at, I’ve also been thinking about the state of Hollywood in general. Of course, the big story is the ever-emerging truth about sexual harassment and assault that has plagued the film industry along with just about every other industry in America. There are a few other stories too, such as Disney’s acquisition of 20th Century Fox’s film properties. The Studio System of old might be making a comeback, with a few huge players (Disney, Netflix, Amazon) fighting for possession of America's visual entertainment dollars.

It also seems that the doom-and-gloom worries about how cord-cutting and cell-phone streaming would mean the death of movies have been unfounded. As the premiere of the new Star Wars movie proved, people will still line up to sit in theaters under the right circumstances. But at the same time, it feels to me like the movie industry lacks, or lack of a better word, soul. If I told you a decade and a country (UK in the 1950s, France in the ‘60s, Brazil in the ‘70s, etc.) I'm guessing that time and place may evoke thoughts of a particular style of movie, a cinematic milestone, or maybe a historical theme that captured producers' imaginations. What is Hollywood in the 2010s? A couple of decades from now, when only a fraction of the movies released now are remembered, will there be a coherent narrative of the art of movies?

Agreed, Clarence. Overall, the collection of films and shows we discussed this past year was a fine bunch -- though we had some sharp differences on Lady MacBeth (my #2 film of the year!) and Baby Driver (fantastic chase sequences notwithstanding). While there are a couple of notable 2017 offerings I've yet to see (Columbus and Lady Bird), I'm sticking with The Florida Project* as my top film of the year.

[*DVD commentary tracks are probably a dying breed, considering the migration to streaming viewing, but I'm eagerly awaiting director Sean Baker's thoughts when the film is released in February. How much of the kids' dialogue was ad-libbed? How are we supposed to interpret the final scene? Where does the moral compass of Moonee's mom Halley rest? I pondered these questions a whole bunch afterwards.]

Hollywood in the 2010s? Superheroes, 3-D, and IMAX. And Disney. Actually, outside of the '70s and '80s, Disney has been a major presence on box-office leaderboards since World War 2! I guess the unfortunate reality is that there are a whole lot more dollars to be gained by appealing to the interests of kids than 40-something introspective cinephiles? But that's the way it's been for eons, so I won't echo any concerns about the future of cinema. However, it's also possible that we're particularly well-insulated here in Chicago, with access to a number of independent, arthouse theaters. The moviegoing environment might not be as rosy in the rest of the country.

A couple of more thoughts:

1) While it's wonderful that the bar to entry in the documentary world has been drastically lowered via the advent of new technology, I also fear that the pressure to get documentaries into theaters results in padding these films beyond what their subject matter warrants. (A 90-minute movie can secure a theatrical release, while a 60-minute one can't.) I've seen a number of documentaries in recent years that were just way too long (Best of Enemies, The Wolfpack). Ironically, one of the best docs I saw this year, I Am Not Your Negro, probably had enough material for three films...

2) Are there any films that we didn't discuss here, but would crack your Best of 2017 list? I'm nominating four: All This Panic, The Girl Without Hands, Personal Shopper, and Loving Vincent. Certainly, Loving Vincent has received a tremendous amount of attention due its unique composition (the first film entirely animated via oil paintings), and the hype is well-founded -- it's a visual spectacle.

I can’t think of any movies outside of our viewing this year I would put at the top of my list, although I’ve heard good things about Personal Shopper.

You’re right about documentaries. The lure of achieving the success of An Inconvenient Truth is strong, especially with a relatively inexpensive genre. More than a few of these projects would probably be better off on a cable TV channel than a movie theater. Ironically, channels that would have been a great fit for these docs at one time (Bravo, Sci, A&E) have gone so hard into the “reality” show business that a serious doc would look out of place!

Looking at the MPAA theatrical statistics report for 2016, it’s true that our age group is definitely in the minority. [We’re going to movies at the same rate as the 2-11 year-olds...!] The biggest group of theater-goers is aged 25-39, a group young enough to still be excited about the big franchises and also old enough to have money to spend on merchandise, Comic-con events, etc. No doubt, the Disneys and Marvel Studios of the world will be ready to meet that demand.

And despite the overwhelming presence of “fanboys” on the Internet, movie attendance is slightly higher for women (52% to 48%). The runaway success of a movie like Wonder Woman still shocks some people, but it shouldn’t. Women make up a huge market for movies. This is a lesson Hollywood has to relearn every year.

But that’s Hollywood - more of the same with occasional world-shifting events thrown in here and there. If the FCC’s recent removal of Net Neutrality survives court challenges and a new administration, it will be interesting to see how that affects digital access to streaming and cable TV on-demand services, and the industry as a whole.

Regardless of what happens, my resolutions for 2018 will be the same – watch the stuff that’s been sitting on my TiVo for more than a year, and continue to support independent movies and outlets. Do you have any resolutions in mind for 2018?

I do have one cinema-related resolution: to try and find an established critic or three whose tastes in film closely mirror my own, as a way to circumvent the Rotten Tomatoes avenue? I'm finding that the Wisdom of the Crowd with regards to aggregate review scores is leading me astray a bit more often these days. And on that note, perhaps I'll save one NYE toast tonight for Roger Ebert -- gone four years now, but not forgotten.

In Hollywood's defense, the sad truth is that men (especially teenage boys) don't attend "talky" films as much as women do, and it's the big-budget action spectacles that do boffo box-office numbers around the globe. If Richard Linklater's Before trilogy made hundreds of millions of dollars, film studios would be cranking out walk-and-talk pictures like hotcakes. Despite the title character of Wonder Woman, I'd be surprised if that film actually drew more female moviegoers than men? The question is whether a film starring a woman who doesn't spend her screen time slugging Bad Guys can attract a similarly-sized audience.

While we're reminiscing on the state of moviegoing in 2017, I think it's also important to take a step back and think of how much the environment has changed for the better over the last three decades. I'm sure anyone who attended films in the 1980s can remember the days of sticky floors, non-stadium seating (necessitating much neck-craning as a lad), and grainy, small screens. Add to that the lack of access to film reviews outside that of your hometown critic... and the fact that independent cinema was out of reach for much of the country. Plus, with all due respect to Gordon Parks, minority voices in filmmaking were few and far between until Spike Lee emerged in the late '80s. (I'd like to put out a call to re-watch and discuss Do The Right Thing in 2018...)

I have no idea how the removal of Net Neutrality will impact the landscape, but the one dilemma I see coming down the pipeline is the proliferation of streaming content -- with each major player moving to wall off its own content. In that sense, I wonder if we won't eventually trade one bundle (traditional cable) for another, in the form of a collection of streaming services. Of course, I still get these shiny, circular discs -- the elders call them "Dee-Vee-Dees" -- in my mailbox every week...

Want to add to the conversation? Leave a comment below!