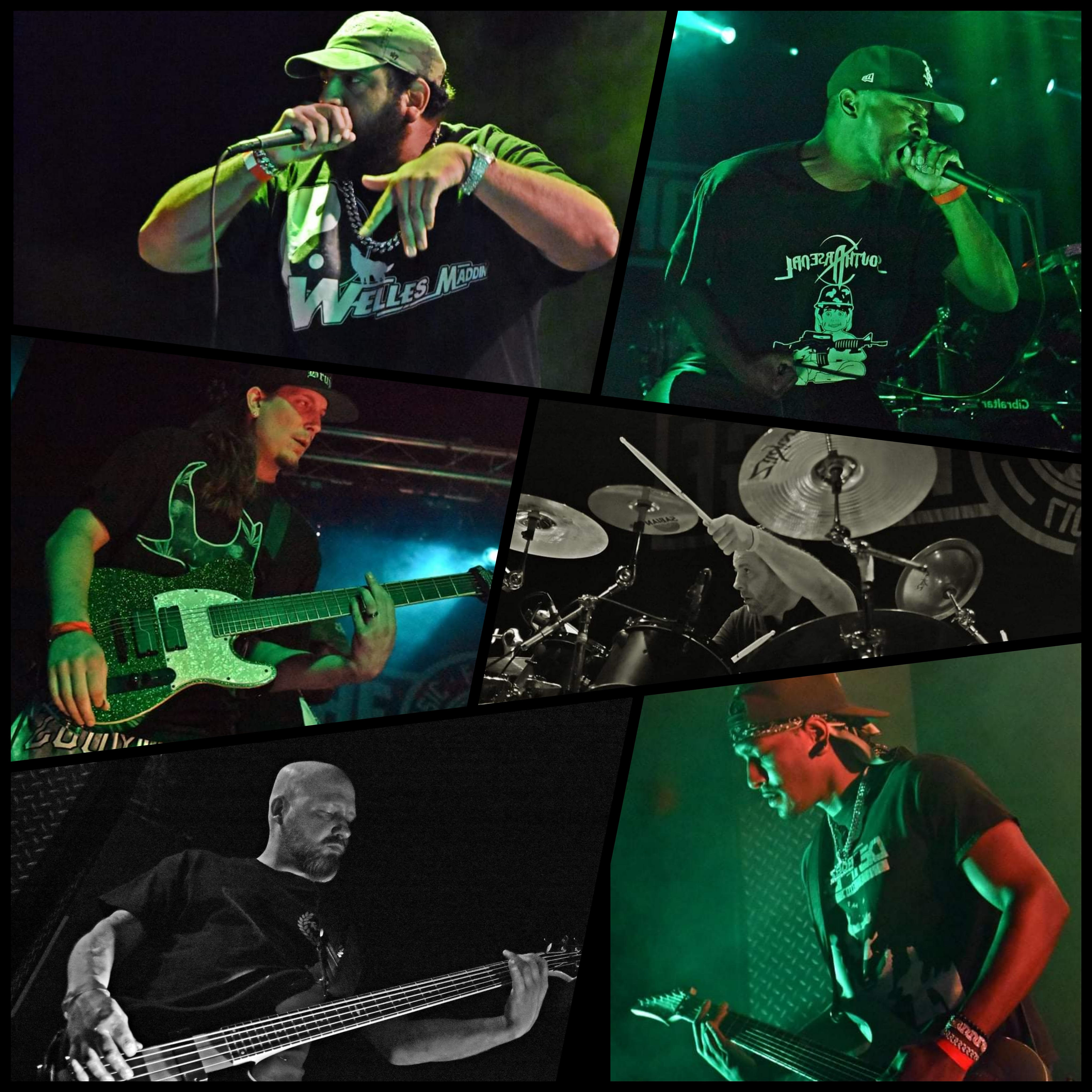 E-Town Concrete might be officially retired, but we might just have the next best thing brooding and biding their time on the city’s Southside.

Chicago’s Aight Bet, the self-described “hood-core” band, has yet to release a full EP, but their early singles “Accountability” and “Alpha Status” are already showing a tremendous amount of promise.

Rolling through alternating currents of knuckle-sandwich serving, ‘90s metalcore grooves and bum-rushing beats that stomp like a boss, Aight Bet know how to handle themselves in a hardcore and metal scene that boasts such heavyweight brutes as Harm’s Way, La Armada, Kharma, amongst many others.

To get the scoop on this sick ensemble of upstarts, I caught up with bandleader Maurice to give him the chance to introduce his band in his own words. Check out the interview below!

[The following interview was conducted via email on September 9, 2021. It has been edited slightly for the sake of clarity. Photos by Rick Lancaster.]

Who is Aight Bet and how did you all meet?

Aight Bet is a band of musicians with different backgrounds and years of experience. We've all played in different bands and came together because it was destined. Maurice on rap vocals, Calvin on hard Vocals, John on Bass, Jeff on drums, Mike on guitar, and Alex on Guitar.

What part of Chicago are you from and what is the hardcore scene like around there?

We're all scattered throughout Chicago's Southside. Brighton Park, Midway, Englewood, and as far as Gary, IN.  The Chicago Hardcore scene is segregated into subgenres or just the usual cliques, but at the end of the day, it's all unity.

Who are your primary influences?

A lot of ‘90s New York Hardcore and Hip Hop from all across the board! E-Town Concrete, Body Count, Bulldoze, Vow of Hatred, Hatebreed, and modern boom-bap hip-hop, and Chicago trap.

Who are the hardest bands in Chicago in your opinion?

Right now, we've been moving in unison with supporting bands that are extremely heavy. Deaf Ear, Barosa, Iced Out, and Hostages.

In your opinion, why do hardcore and hip-hop mesh so well?

I honestly believe they both derive from the same place of heart. It's always about the message. I enjoy bobbin' my head to the sound of anything heavy. I just got that ear that can hear hip-hop in anything. One man's trash riff is another man’s rap verse.

We have a book drive and toy drive coming up! We love to give back to the community. Our mission is to be recognized as the nice guys, like the Chicago White Sox. You can find more information on our website!