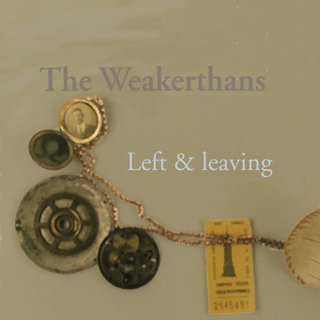 In our school there were maybe four kids who knew who Propagandhi was. And while we, in our Jncos and imitation Airwalks, appreciated their hardcore anarcho-feminist messages and loud, aggressive attitudes toward homophobia and thought control, we all had an amount of covert joy when the one song on the album(s) written and sung by bassist John K Samson would come on. They were sweeter, quieter, and concerned matters that hit a little closer to home; relationships with small towns, emotions, longing to break free of the mundane.

When we found out that Samson left Propagandhi and started his own band, The Weakerthans, we sought out the music like an addiction. This was before the word “emo” became a household name, before Weezer got back together, before we knew what Vagrant records was. “Fallow” was our hard-to-find record, our Dead Sea Scrolls. I remember being in my friend Danny’s car in St. Cloud, Minnesota and hearing the first Weakerthans album and not thinking much of it. It was slow and different from what I was expecting. But like anything else, I gave it time, and it wasn’t long before the songs were getting in my head and staying with me.

When we saw them in Minneapolis we found out “Fallow” had actually already been out for a year and there was a new album at the merchandise stand. We all bought a copy of “Left & Leaving” and poured over it like it was the second installment of a serial pulp. It had a cardboard cover, the first I’d ever seen, and a stapled-together lyric booklet that smelled like a new text book. Unlike other punk records, this wasn’t just the next collection of punk songs the band had put out. This was an album for thinking and feeling persons. It was about loss and leaving and moving on. The songs weren’t really related but in a big way they felt like they were.

As a writer, I was most struck by the lyrics. Samson’s writing style is very personal, very uniquely his. He will often include lists of physical objects, suggesting personal associations or sentimental attachment. “The cutlery and coffeecups I stole from all-night restaurants,” “Wish I had a socket set to dismantle this morning, one pair of clean socks, and a photo of you.” And his flair for the descriptive is second to none: “turned-off-tv-gray,” ”a puke-green sofa only slightly used.”

“Left & Leaving” was also a challenging album due to what a different sound it was to me at the time. Their use of the lap steel and other effects gave the album a kind of rural country feel. As a liberal punk kid who wanted to leave the Midwest and move to a city, I hated country music and everything about it. But I was changed by this record. It made that country sound OK somehow.

Looking back I can see now that it was essentially trying to do the same thing as a punk record, but utilizing different resources. While Propagandhi use anarchist ideals, the writings of Noam Chomsky, Howard Zinn, etc to introduce kids to a progressive lifestyle, The Weakerthans are basically doing the same thing but using the influence of people like Bob Dylan, Woody Guthrie, or Phil Ochs. And this record, for me at least, was one of many factors that would eventually lead to seeking out more music like that.