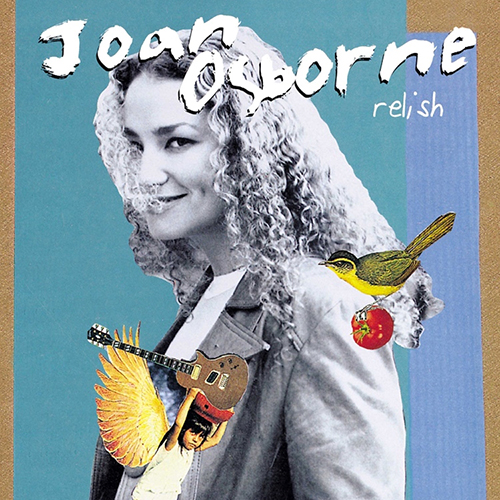 Any discussion of Joan Osborne’s career begins—and often ends—with her one hit, the controversial “One of Us,” a song that was everywhere c. 1995. The problem is that as great as that single is, it doesn’t show off her soulful voice. I’ve seen reviews of her music that express surprise that she can sing at all, but her multiplatinum disc, Relish, includes plenty of surprises for the average listener who purchased it for that one hit.

When I first got into this album around seventh grade, I was listening to a lot of canonical classic rock, and I seriously thought that Relish was one of the greatest albums ever made. I was shocked when I didn’t see it on “best albums of the 1990s” lists. Of course, today, having heard more music from the ‘90s, I can see the relative folly of my youthful judgment, but going back to this album, I’m surprised at how well most of it holds up.

Granted, this is a more retro-sounding album than more acclaimed albums of 1994-95, such as PJ Harvey’s To Bring You My Love and Hole’s Live Through This. But the electric piano straight from ‘70s soul, the swampy harmonica groove of “Dracula Moon,” and the eerie slowness of her cover of Bob Dylan’s “Man in the Long Black Coat” are appealing to me, regardless of whether or not they would be to most rock critics oriented towards innovation.

The album sounds more akin to the swaggering rock ‘n’ soul of the Black Crowes than to most of the Lilith Fair crew of singer-songwriters that Osborne toured with in 1997: there’s a real groove in tracks like the rocking “Right Hand Man” and the T. Rex-sampling “Ladder” that you don’t associate with the music of (admittedly talented) artists like Sarah McLachlan and Tori Amos.

So, this album holds up as a retro (some might say “timeless”) collection of songs. Other highlights include “St. Teresa,” “Pensacola,” and “One of Us,” of course. Just a warning, though: much of the album doesn’t sound at all like that one hit.