Welcome to Music and Malt, a series that examines the intersections where music and beer meet in Chicago.

Tucked away in an industrial complex in the South Side suburb of Bedford Park, 5 Rabbit Cervecería is a literal bright spot. Massive garage doors open to reveal an airy brewing facility and a taproom covered in colorful, Latin American-inspired artwork. Named for a day in the Aztec calendar and an Aztec deity, 5 Rabbit infuses the notably missing flavors of Central and South America into Chicago’s craft beer scene. I spoke with Selina Fabian who works in the 5 Rabbit taproom and learned that both the beer and music communities of Chicago are best served when they’re open to inspiration from unexpected sources.

RS: How long have you worked at 5 Rabbit?

SF: For about a year, but my focus on craft beer started when I worked at Bottom Lounge.

RS: What was your experience like there with all the bands coming through?

SF: It depended on the day. Metalheads were the best tippers - hands down. We had a lot of hip hop acts, we had EDM days, some days there would be a line around the block and girls screaming like teenagers for a band. It was always a mixed bag, but it was a treat when an act I like played. [Chicago-based post-metal band] Pelican did a show, and it ended up being a beer release party with Three Floyds. There was a handful of kegs of beer that the brewery made in collaboration with the band.

SF: It’s becoming more common. The Deftones collaborated with Belching Beaver Brewery out in San Diego. That's what beer and music are about – fostering a community and keeping it a collaborative effort. Brewers welcome learning about people’s likes and dislikes, which means you get a lot more thinking outside the box. Like Pazuzu’s Pedals from Illuminated Brew Works; it’s a funky, flowery porter I haven’t seen anywhere else, and it’s got a demon face on the bottle. It’s scary as hell, but the beer is totally worth it.

RS: Do you think the music scene could take a cue from brewing in that sense?

SF: Absolutely. I feel like rock and Americana have always had a foothold in Chicago. We’ve expanded, but there’s still a long way to go. 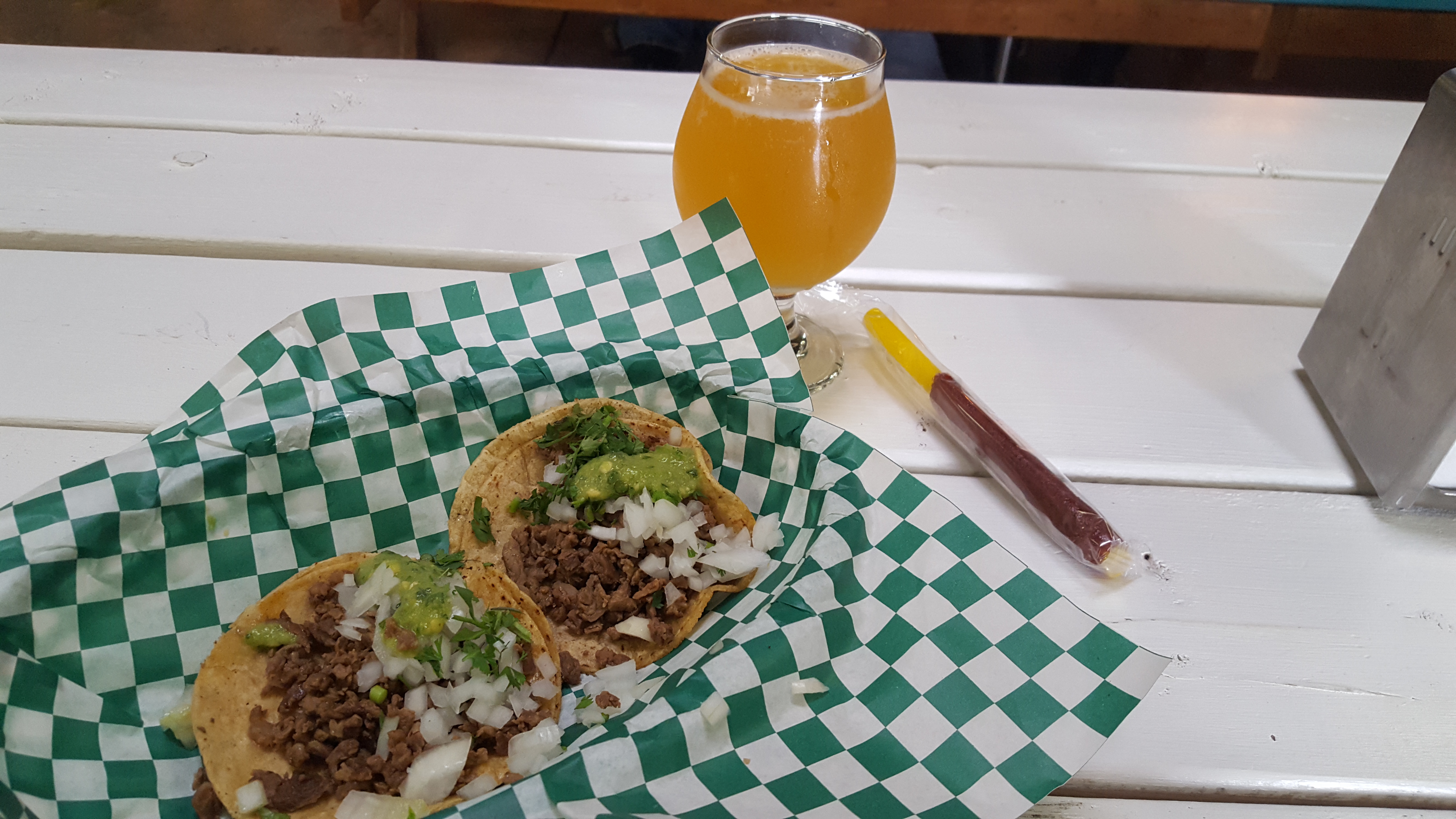 RS: Earlier in your career you worked with our first Music and Malt interviewee, JP Pfäfflin, at Bloodshot Records. Did you always want to work in the music industry?

SF: I have a music business degree from Columbia College. My brother was in a band and I was helping them on the managerial side. My brother and I were always musically inclined – I was in a gospel choir for 25 years. It just made sense to go down that track.

RS: Do you still perform?

RS: What was the last show you went to?

SF: A band called The Life and Times. They’re from Kansas City, but they’re based out of Chicago now. The first time I heard them was over a loudspeaker at Phyllis’ – the dive bar on Division and Wood. I was hanging out with a friend, having a drink, and this band that sounded like The Foo Fighters came on. I was hooked.

RS: How would you describe your taste in music?

SF: It runs the gamut. Most recently I’ve been to listening to a bass player called Thundercat. His music is a great mix of jazz and hip hop. I love that Anderson .Paak song ,“Come Down”. I really like anything spacey or psychedelic. Lots of Tame Impala. I also really love the 80s –Depeche Mode.

RS: Did you see Depeche Mode when they when they were in town earlier this month?

SF: No, I was here, working in the taproom. I was so mad to have missed them!

RS:  Do you choose the music that’s playing in the taproom?

SF: No, it’s an ‘80s and ‘90s Spanish-language Spotify playlist in keeping with the Latin American theme of the brewery. We’ve got a few Summer Hang Out events in the works that will feature local Latin artists live in the taproom. When we celebrate Mexico in July, local band Sin Anestesia will play. In August, we’ll be celebrating Brazil with live bossa nova music. Music is all-encompassing here. The brewers listen to music while they work, and it definitely makes the beer taste better.

RS: Do the brewers listen to Latin American music while brewing?

SF: Actually, they play a lot of Led Zeppelin.

Below you'll find a playlist inspired by my conversation with Selina.