2:17pm Spiritualized Crazy from Everything Was Beautiful (Fat Possum) Add to Collection 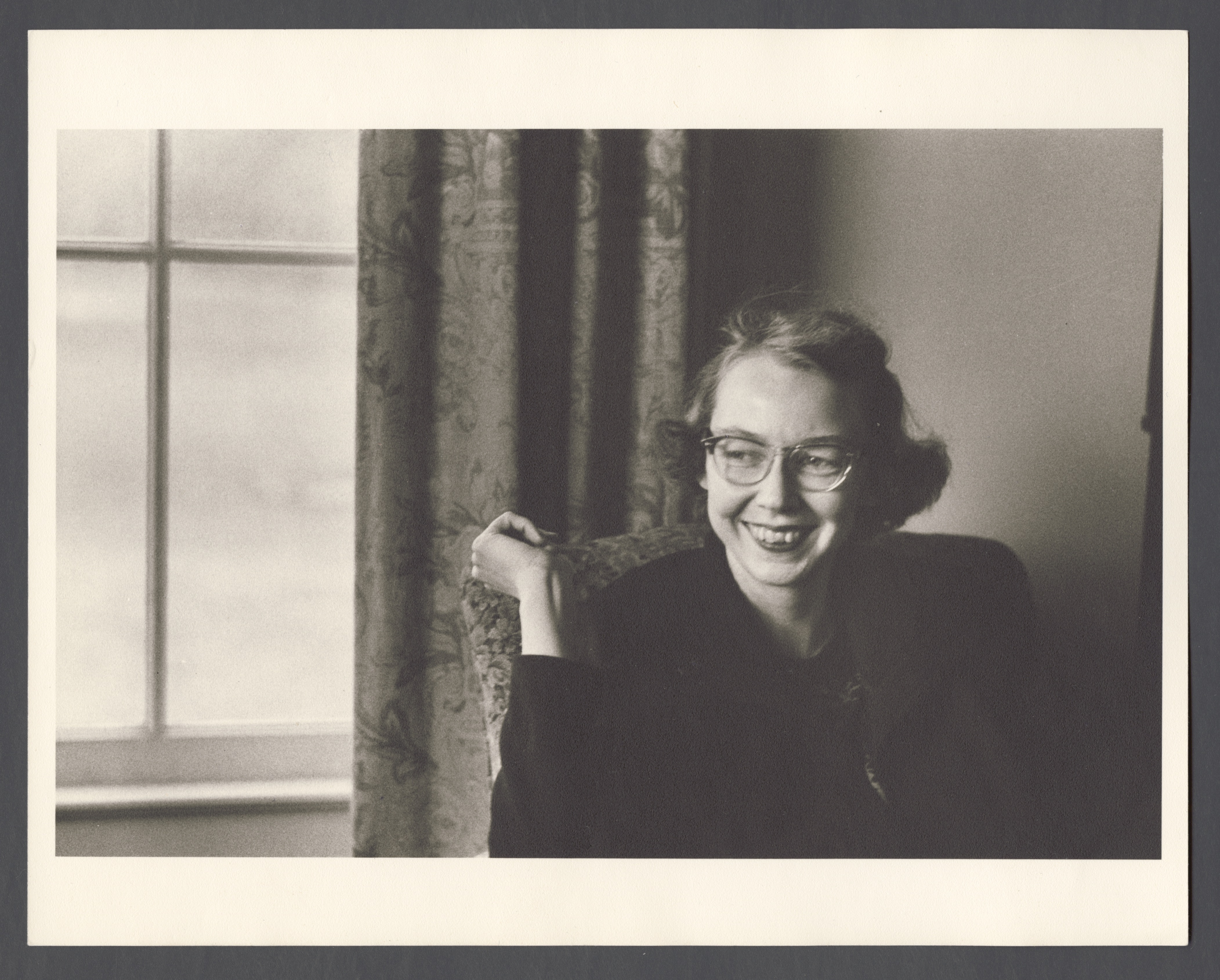 There are many celebrated female writers, but very few who have the eccentricity of Flannery O'Connor. Her southern upbringing mixed with an unmovable Roman Catholic faith concocted a sardonic, grotesque mentality that crafted some of the greatest Southern Gothic stories in American literature.

With such a rich and prolific imagination, it's hard to believe her writing career was so brief, having been cut short by Lupus, which would claim her life at the age of thirty-nine. Now, debuting just days before what would have been her ninety-sixth birthday, PBS' American Masters series is releasing a documentary about her life, simply titled Flannery.

Co-directed, written, and produced by Elizabeth Coffman and Mark Bosco, Flannery examines the astonishing life of a self-proclaimed "shy, inarticulate" woman who yearned for "a cool, sophisticated wit." Growing up in Milledgeville, Georgia, O'Connor had an early sense of mortality as a child and a level of creativity where the profane blended with the sacred.

Born "Mary Flannery," she changed her name to just "Flannery" during a time when most aspiring female writers often found their submitted works dismissed. Diagnosed with Lupus around the same time when her first novel Wise Blood was published, she used that suffering to produce creatively, writing some of her most successful short stories including "A Good Man is Hard to Find," "Good Country People," and "The Displaced Person." Working right up to the very end of her life, she was able to complete Everything That Rises Must Converge (released posthumously) just before her death in 1964.

Narrated by Mary Steenburgen and featuring interviews with the likes of Alice Walker and Tommy Lee Jones, Flannery perfectly encapsulates its subject, told within a breezy running time of less than ninety minutes. The documentary is able to give ample analysis for O'Connor's works (with the help of some vivid animations), while also providing contextual biographic information.

O'Connor had very few female peers during her early days at the University of Iowa and Yaddo in Saratoga Springs, and she often found herself misunderstood by her male contemporaries. Her relationships are discussed as well, from her school girl crushes on the likes of author Robert Lowell, to her difficult mother, who often complained that her daughter should write more about "nice people."

While it is briefly mentioned, there is even discussion of O'Connor's inherent racism, which is viewed as a result of being raised during the era of a pre-Civil Rights South. O'Connor is by all accounts not a perfect altruistic person; then again, neither were any of the characters in her stories.

It's those stories that have kept O'Connor's legacy alive after all of these years. O'Connor's version of the South has always shown the fantasy of whiteness, and the uncaring world which her God-fearing yet corrupt protagonists must live and be judged within.

"When I'm asked why Southern writers particularly have a penchant for writing about freaks, I say it is because we are still able to recognize one," she once claimed. While we might not always be able to recognize a genuine freak, this documentary has certainly recognized a genuine writer.

Flannery makes its national television broadcast premiere on PBS March 23rd and will be available for streaming on PBS's website following the broadcast. Flannery will also be available to own on DVD March 23rd.

Next entry: Chicago Reader Best of 2020 Polls – Congratulations To Our Winners & Nominees!