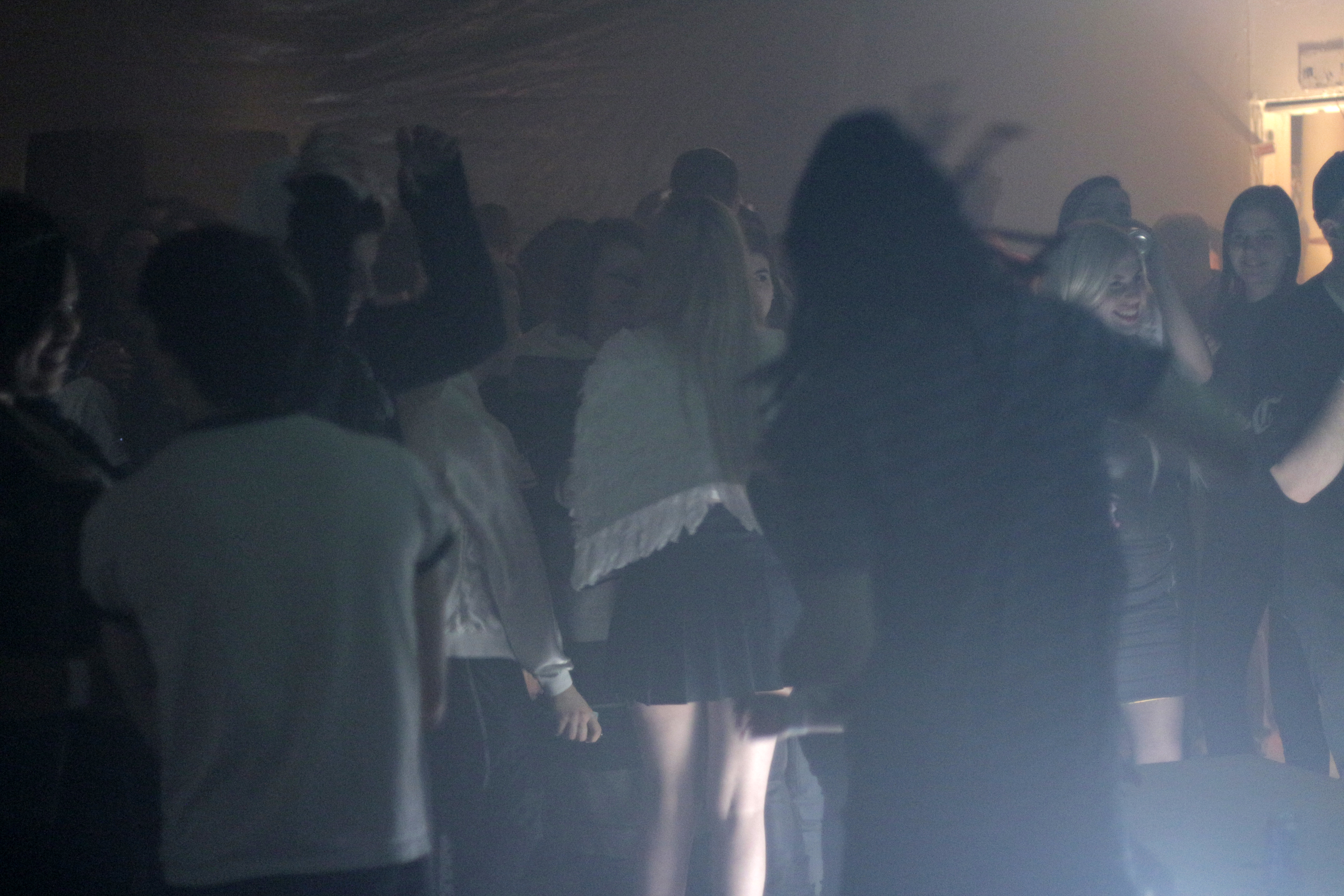 In the heart of Wicker Park is a lesser-known spot upstairs from Lubinski Furniture store and underneath art gallery LVL3 is a newly christened space by the name of NoNation.  Events are irregular, bathroom access is a nightmare and the floor buckles and sags in the middle of the main space.  But somehow, this former-art-gallery-turned-sporadic-rave space has hosted some of the most interesting performances of the last few months. When I arrived, DJ New Jersey Drone was keeping the crowd at a dull roar but palpably on the cusp of dancing.  Playing spaced out Future remixes welded to jungle beats, he gave an energetic performance preparing the crowd for impending stage performances. 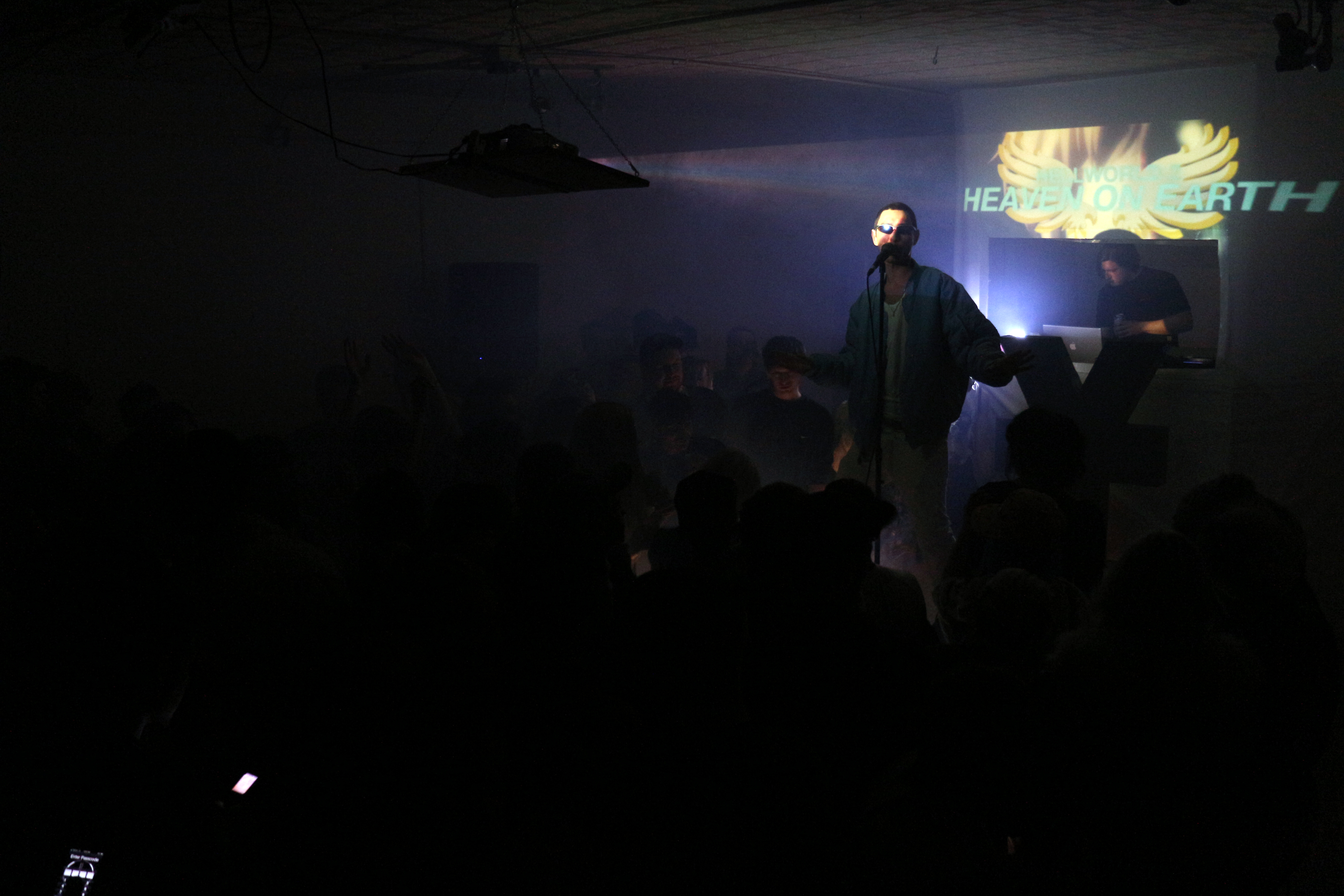 Yen Tech gave the most divisive performance of the night, with lyrics deployed like idiomatic missiles from some stock R+B armory over slick radio-ready beats.  It was powerfully difficult to discern whether or not the love for Yen was sincere or schadenfreude with songs like “Forever Ballin” functioning as perfect distillations of post-Fergie Black Eyed Peas hits playing at a clothing store for tweens.  Yen Tech’s style was a simultaneous nod to Midwestern K-Mart parking lot meth dealer and 90’s street fashion, down to the Oakley sunglasses and baby blue baseball jacket.  Yen Tech’s combination of style and performance tightened as the evening went on and as he delved into some of the slower jams.  By the end, despite the restless sea of late-teenagers texting, Yen commanded solid energy from the growing crowd. 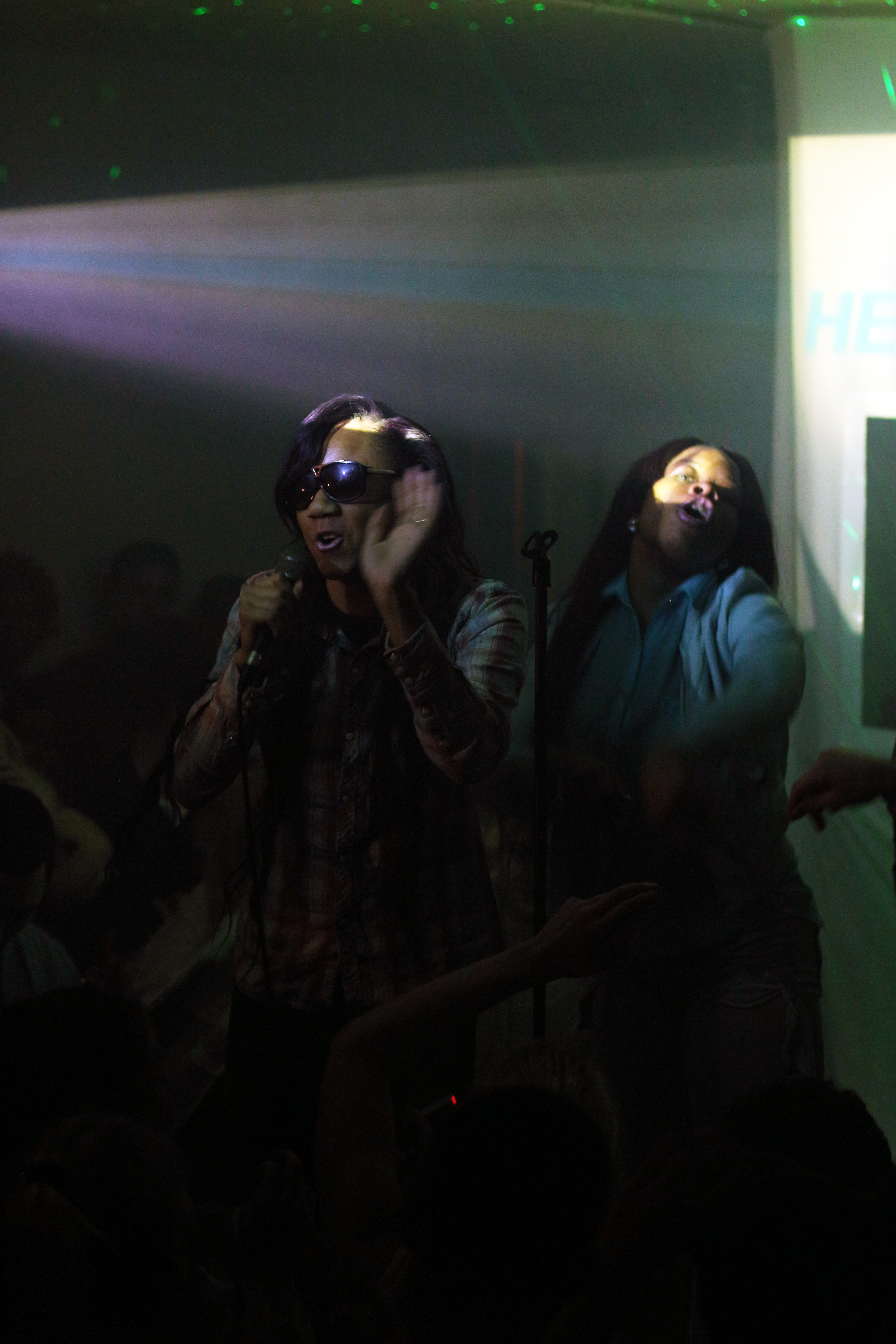 Minutes after Yen left the stage, Katie and her Lawless Inc. crew made their way to the makeshift backstage DJ booth.  After Lawless founder Larro Wilson checked the setup, Katie and her hype girl hit the stage breaking right into her youtube hit “I Need A Hitta” The crowd went wild and floor began to bounce and creak.  Thankfully it held under the perpetual momentum of the quickly growing crowd through the remainder of her 15-minute set. 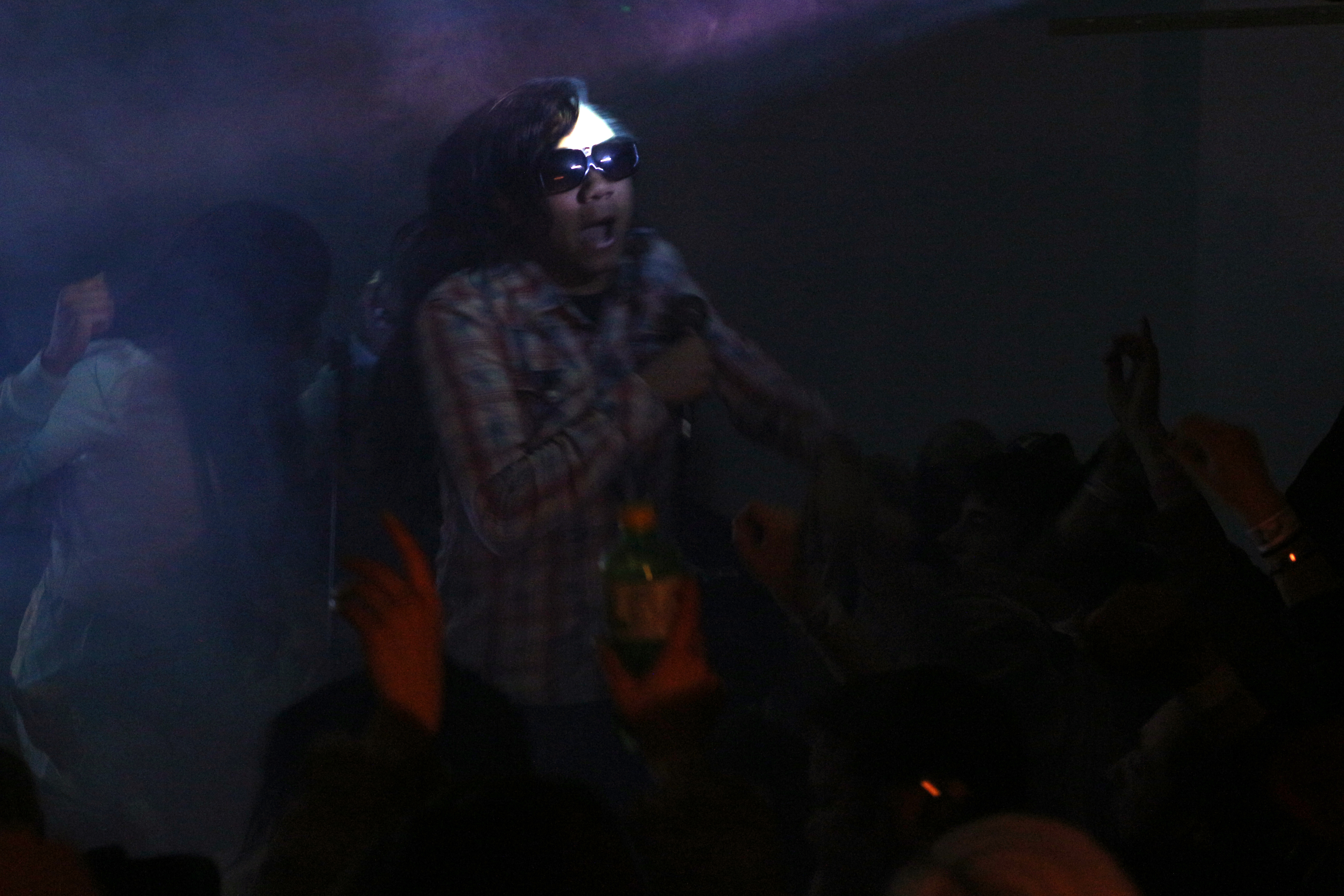 Katie, with all the humility of a veteran performer, showed love for the pleading audience with a short encore of “I Need A Hitta” to a screaming response. 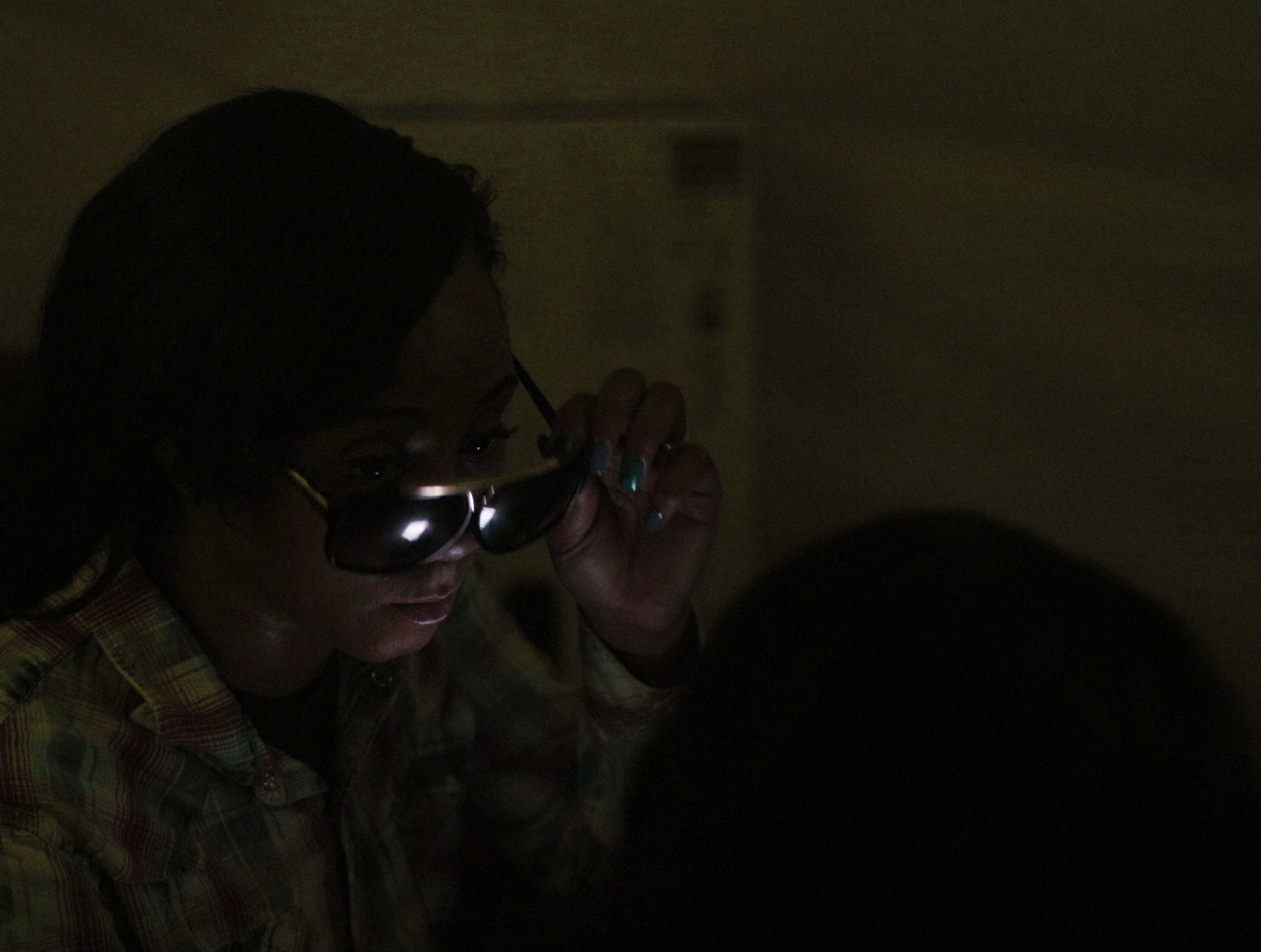