Kelsey Phillips writesJoin CHIRP for Psalm One at Lincoln Hall This Saturday! 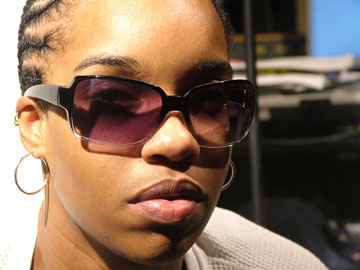 Born Christalle Bowen, Psalm is the only female on Rhymesayers Entertainment, which pretty much speaks for itself. After leaving the South Side to attend U of I for chemistry, she released Bio-Chemistry in 2002, which turned a bunch of heads. She dropped her first full length back in 2006 on Rhymesayers and followed it with collaborations all over the place, touring and working with Atmosphere, MF Doom, De La Soul, Brother Ali, and pretty much everyone else in the game.

This hometown hero also put out Child Support in 2012, a collaboration with underserved elementary and middle schoolers involved in the SCORES after-school program, letting the kids pick her beats. So, to reiterate, she's a badass.

She's joined by soul-jazz ensemble Bassel & The Supernaturals, and local bands Falldown and Em & Them. The show is 18+ and starts at 9pm. Stop by the CHIRP table and say hi, although we'll probably be dancing.