"The Hideout is a regular guy bar for irregular folks who just don’t fit in, or just don’t want to fit in. We didn’t choose the name; it has been called the Hideout since it opened (legally) in 1934." 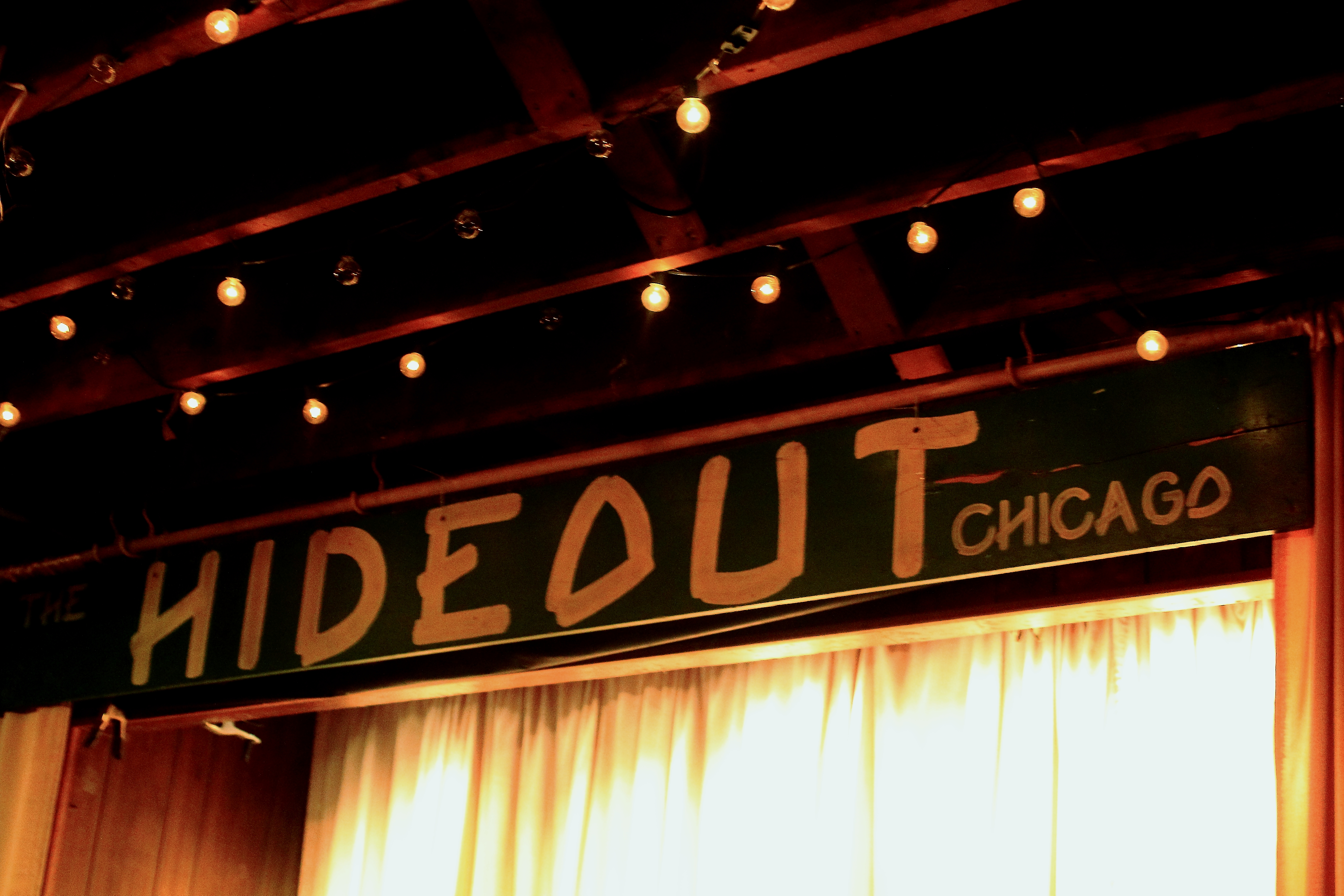 There are no outsiders inside The Hideout. The doors of the 100 year old public house built in two days by the hard-working remain open to all, no matter the instruments you clang together or rebellion held in your heart.

Here is the kind of place customers recommend bands, where children's plays are performed, musicians choose to hold their listening parties, and everyone dresses up as robots. The Hideout is music, art, performance, plays, poetry, rock and rebellion.

It's likely the secret to it's historical standing in Chicago is the longlived community platform residing within its walls.

Take a poke around The Hideout's calendar and interspersed between comedy shows, dance parties, and a flipping sweet flea market, are opportunities to support your community through events like the weekly Soup & Bread meal that contributes to local food pantries, or the monthly discussion hosted by women for women called The Girl Talk.

On February 27th The Girl Talk hosted an edition called Women at Work. The hosts, Jen Sabella and Erika Wozniak, asked three women questions related to fighting for their rights in the workplace and the reward of standing strongly together.

Esthela, a leader of the “Hands Off Pants On” campaign, spoke about her work as a housekeeper and the city ordinance win to ensure all hotel workers who work alone are equipped with panic buttons by July 1, 2018. Esthela was named Person of the Year by TIME Magazine as one of the “The Silence Breakers.” Erica Sanchez has been a Chicago Public Schools janitor and SEIU Local 1 member for the past 21 years. Over that time, Sanchez has been a steadfast leader within her union and its fight for economic, racial, immigrant and environmental justice, including the push for $15 and a union at Chicago’s airports. Pennie McCoach has worked at the Chicago Transit Authority for 17 years as a switchmen and she has actively been involved with her union, the Amalgamated Transit Union (ATU) for 14 years. She holds the position of 2nd Vice President of the ATU.

Check out the next sesson of The Girl Talk on Tuesday, March 27th at 6:30 PM. Meet your neighbors for dinner at this week's Soup & Bread on Wednesday, March 14th, at 5:30 PM. Bring on the pozole, the borscht, the harrira; the shorbit amas and the soupe joumou! 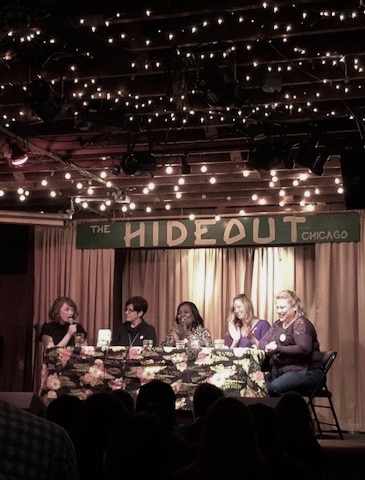 Hosts of The Girl Talk (far left, Jen Sabella and second from right, Erika Wozniak) talk about Women in the Workplace with Esthela, Pennie McCoach, and Erica Sanchez.