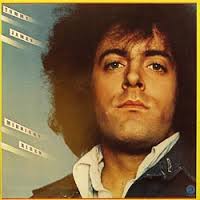 In boxing and pro wrestling, the “mid-card” is the slate of competitors who aren’t the superstar headliners. They may be talented and even accomplished, but they spend most of their time a notch below the main events. In the storied history of Rock and Roll, one of the most successful mid-card pop bands of the British Invasion era was Tommy James & the Shondells, a band from Niles, MI.

For about five years starting in the mid ‘60s with their chart-topper “Hanky Panky,” a garage-Pop ditty very much in the spirit of the Kingsmen’s “Louie Louie,” the band produced a succession of FM Radio stalwarts that remain in rotation today, including the smoky and sensual “Crimson & Clover” (later covered by Joan Jett and the Blackhearts); a second “Louie Louie” descendant called “Mony Mony” (later covered by Billy Idol); the testosterone-injected bubble-gum Pop track “I Think We’re Alone Now” (later covered by '80s teen-Pop sensation Tiffany); and the psychedelic blue-eyed soul of “Crystal Blue Persuasion” (recently used to great effect in the TV series Breaking Bad). [James also had a hit with the folksy-funky “Draggin’ the Line” as a solo artist in 1971].

You would probably have to wait a little bit to see their name appear on most folks’ lists of the greatest groups of the ‘60s, but few bands managed to put together as impressive a collection of durable, radio-friendly songs. It’s Tommy James’ birthday today, so celebrate by taking your MP3 player, pressing the "shuffle" button, and sharing the first 10 songs you hear...

Next entry: Join Us for a CHIRP Factory Session Screening on Wednesday May 4th at The Owl!