Being the brother of a legend can’t be easy, and the relationship between Dave and Ray Davies has always been perilous, but birthday boy Dave has carved his own deserved niche in rock history. Indeed, Ray has taken great pains to point out how essential Dave’s dirty, feedback laden playing was to putting The Kinks on the map, and, in so doing, sending rock into harder and louder territory. Dave also has been one of the great backup singers in rock history and has penned some fine Kinks tunes (such as “Death of a Clown”). Dave’s solo career has been pretty solid too. He has recovered decently from his stroke from a few years ago, but it remains to be seen if that will prevent any hope for a Kinks reunion. Let’s celebrate Mr. Davies by grabbing your iPod or MP3 player, hitting shuffle and sharing the first 10 songs that come up.

Next entry: Mark Your Calendar…The CHIRP Record Fair and Other Delights in Coming This April! 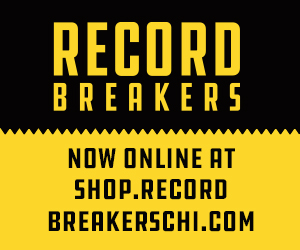