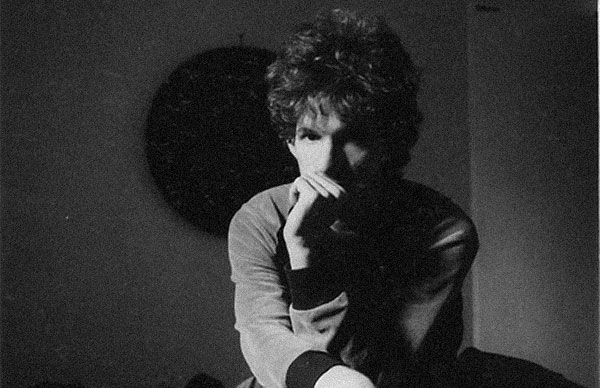 Monday, a cult figure in power pop passed on. In the early ‘80s, Bay Area musician Scott Miller formed Game Theory. The heady name was a bit of a give away – Miller and crew conjured up some of the brainiest power pop ever created. Taking cues from Big Star’s Radio City, The Beatles, The Raspberries, Brian Eno and other art poppers, Miller managed to marry strong melodies and oddball hooks to dense lyrics that sometimes had a James Joyce influence. Taking a break after Game Theory, he formed The Loud Family which found him further exploring his muse. He was planning the first new Game Theory record in about 25 years when he died this past Monday. While neither of his band’s never made it, Miller was influential – some of his acolytes include Nina Gordon of Veruca Salt, Aimee Mann and Carl Newman of The New Pornographers. In honor of the later Mr. Miller, please get out your iPod or MP3 player, hit shuffle and share the first 10 songs that come up.

The Beatles – Lucy In The Sky With Diamonds (Sgt. Pepper’s Lonely Hearts Club Band): One of the ultimate psychedelic songs, which clearly shows the effects of John Lennon’s excessive tea consumption. While many of the trappings were typical of the psych sounds of that time, the song itself isn’t just some production gimmicks, and Ringo’s drumming really gets it going in the chorus.

Webb Wilder – Meet Your New Landlord (Doo Dad): Wilder blurs a few genres, and some of his best songs seem to find a mid-point between roots rock and power pop, with a bit of a ‘60s influence underneath. This song certainly fits that category, with Wilder’s wonderfully distinctive vocals.

Wilco – I’ll Fight (Wilco (The Album)): The Conscription Act of 1863 required all able bodied men to fight for the Union army...or hire a substitute to take your place, which many well off men (such as future president Grover Cleveland) did. This song is sung from the perspective of a substitute, corresponding with the man who hired him. Really smart stuff.

The Orgone Box – Guilt Trip (The Orgone Box): The reason I like and don’t love bands like Tame Impala and Unknown Mortal Orchestra is that I know of so many psychedelic revivalists of prior years who are as good or better. Take Rick Corcoran’s project, The Orgone Box, which made two great albums of psych pop a bit over 10 years ago. The production is truly mid-fi, with a bit of reverb on Corcoran’s vocals, with an emphasis on big melodies. This sounds like a George Harrison/John Lennon collaboration.

The Gun Club – Carry Home (Miami): Jeffrey Lee Pierce quavering, desperate vocals over punk blues guitars pretty much always worked for me. This song is high gothic drama, with the band sounding like they want to explode at any moment, but then quieting down so Pierce can hog the spotlight, which looks a lot like a full moon.

Sparks – Beaver O’Lindy (A Woofer In Tweeter’s Clothing): Forty years after it’s original release, Sparks’ second album is still ahead of its time. It starts off as an orchestrated piece before careening into trebly rock with the title spelled out in the chorus. Simply stunning art pop like no other.

Spoon – Lines In The Suit (Girls Can Tell): A fine track from my favorite Spoon album. They were already a pretty cool band, but dialing back their aggression did wonders for the overall effect. This almost has a bit of a Zombies’ vibe to it.

Sir Douglas Quintet – She’s About A Mover (Nuggets): The best known song by these classic Tex-Mex rockers led by the legendary Doug Sahm. The cheesy organ, the shaking maracas, the easy to sway to rhythm and the big chorus – this is a classic.

Shearwater – Immaculate (Animal Joy): A short aggressive track from last year’s fine Shearwater release. While many of their songs are more ornate and lush, when they rock it up a bit, they sound a bit more like Okkervil River (from whence they came) and ‘80s indie poppers like The Connells.

Crowded House – Catherine Wheels (Together Alone): A ridiculously lovely song from the fourth (and, at the time, final) Crowded House album. Neil Finn has a near crooner mode, which this song is definitely in, where he can do no wrong.