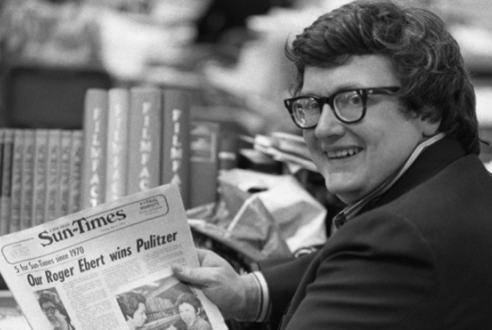 Roger Ebert was the first Pulitzer Prize winning film critic and the reason for that is no mystery. He was simply a wonderful writer. He just happened to write about film (and later, on his blog, many, many other things), with such an expressive voice. Even before he teamed up with Gene Siskel to co-host the influential At The Movies, Ebert was already showing, on a weekly basis, how to make real film criticism accessible to everyone. Thanks to Ebert and Siskel, more indie films got a shot at success, obscure directors and actors became famous, and moviegoers became more aware of things like product placement and letterboxing versus pan and scan.

Two things really stand out about Ebert to me: 1.He was totally dedicated to elevating film and getting more people into movies, viewing movies as a way to learn about others and educate people about the human condition; and, 2. His writing was so good, that even while he was offering his own opinion, he was able to describe a movie so well that I could make my own decision as to whether I might like the film, even if he didn’t. Very few movie critics (or music critics, for that matter) have ever met that standard.

Moreover, he not only wrote the screenplay for Russ Meyer’s Beyond The Valley of the Dolls, he actually wrote the first screenplay for what was to become the Sex Pistols movie, The Great Rock ‘n’ Roll Swindle. The screenplay was never used, but Ebert did get to meet Johnny Lydon, just one of the many things remarkable about his life. But no matter how famous and influential he became, he was always in tune with the boy who loved to go to movies at the Virginia Theatre (and others) in Champaign (home of Ebertfest) and have a burger with his dad at the Steak ‘n’ Shake on Green Street, with those burgers and shakes being what he missed the most after cancer took his ability to eat solid food. Chicago has lost one of its true legends. If you get a chance, please share the first 10 songs from your shuffle in honor of the great Roger Ebert.

Next entry: Don’t Miss CHIRP Night at The Whistler with Les Racquet and Hemmingbirds!