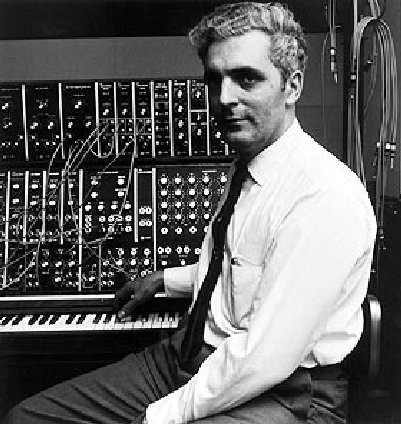 Today we celebrate one of the most important figures in music over the past half century. This man wasn’t a musician – he was an inventor and innovator. Robert Moog (last name rhymes with ‘vogue’) got his start making theremin kits. By 1964, having taken a keener interest in electronic music, he developed a prototype Moog synthesizer that was designed to make electronic music markedly easier to play. The next year, Moog was making custom synthesizers and by 1967, the machines came into somewhat more common use, aided by Switched on Bach creator Wendy Carlos, who made many suggestions on how to improve the instrument. The instrument was featured on recordings by The Supremes, The Monkees, The Rolling Stones and The Byrds. Over time, Moog continued to improve and make his instrument smaller and more portable. Throughout the ‘70s, the instrument became more prominent, in the hands of masters like Giorgio Moroder. Moog passed away in 2005, but his legacy lives on, both in music and in the festival in Asheville, North Carolina that bears his name. In honor of Mr. Moog, please grab your iPod or MP3 player, hit shuffle and share the first 10 songs that come up.

Next entry: Weekly Voyages: Friday May 30 to Thursday June 5

Previous entry: Weekly Voyages: Friday May 23 to Thursday May 29