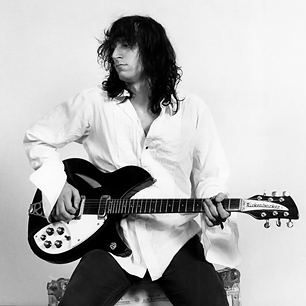 Today we celebrate one of the major figures in ‘80s rock, Peter Buck, the lead guitarist of R.E.M.. The rise of R.E.M. is effectively the rise of college radio and indie music gaining a foothold in the mainstream. I first saw R.E.M. in a cafeteria in the student center at Southern Illinois University and it was about seven or eight years later that they were headlining the Rosemont Horizon. And they did it their way. Buck was a figurehead for how could maintain integrity while achieving commercial success. Along the way, Buck and his bandmates tried to help out fellow travelers, giving opening slots to great acts like The dB’s, Minutemen and Robyn Hitchcock & The Egyptians. Now that R.E.M. is no more, Buck still plays bass for The Baseball Project and does whatever it is he does. He’s just a cool guy. So wish Pete a happy birthday by grabbing your iPod or MP3 player, hitting shuffle, and sharing the first 10 songs that come up.