10:37am Yaya Bey f it then from The Things I Can't (Big Dada) Add to Collection 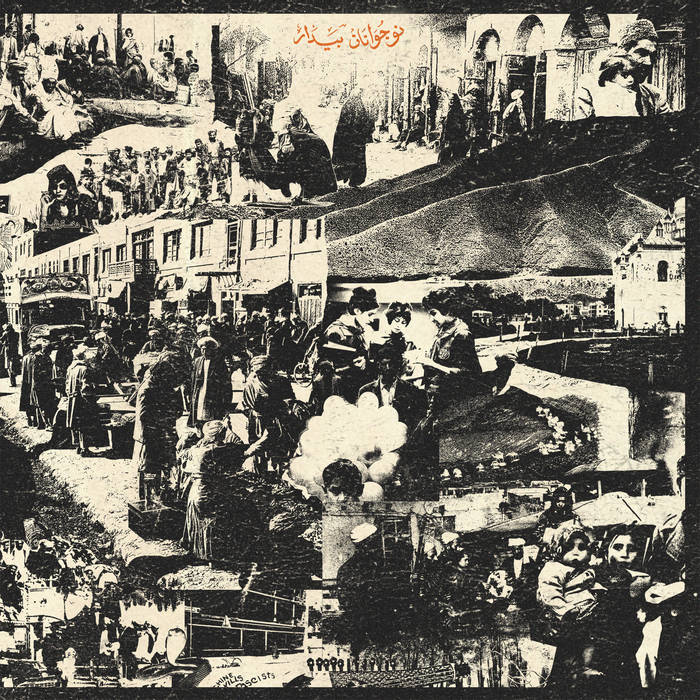 The Afghanistan that we have come to know in the 21st century, through nightly news broadcasts on network TV and the op eds that flourish in “sensible” centrist online news spaces, is a caricature of a functional society and civil state.

Most of this reporting and editorializing assumes that the society that came into focus following the United States invasion on October 7, 2001, a backwards, medieval state in the grips of perpetual war and religious zealotry, was the country’s quintessence. A persistent state of affairs that had been in play for as long as the sun has risen over the hills of the Helmand Province.

The truth is that the Afghanistan we know today was never an inevitability. Throughout most of the 20th Century, the urban centers of Afghanistan were generally considered to be modern and hospitable, beckoning Western tourists to visit what was lauded by some to be the “Paris of the East,” namely Kabul.

The height of Western tourism was in the 1970s when hippies would caravan into the country in search of spiritual enlightenment with the aid of mind-altering psychedelics. Weed was cheap and plentiful during this era, as was opium, which some visiting nomads would drink with their tea.

As the first Lonely Planet guide to the country, Across Asia on the Cheap, published in 1972, claims, “in Afghanistan in particular you can get stoned just taking a deep breath in the streets.” In this state of playful travel and adventure, we find the inspiration for Naujawanan Baidar (Farsi for Enlightened Youth), the latest project from N.R. Safi, founder of the mind blistering, psychedelic rock group The Myrrors.

Safi is an Arizonian native, but his family’s roots lie in Afghanistan. Safi had been exploring the music of the middle east and north Africa to inspire new directions for his band, when his grandmother gave him a box of his grandfather’s old cassette tapes from Afghanistan. It is at this point that what would become Naujawanan Baidar began to take shape due to the delivery of a time capsule from a place lost to time, 1970s Kabul.

The recordings introduced Safi to a number of all but forgotten artists who combined rock, pop, and folk, largely performed on traditional Afghan instruments, including the work of Ahmad Zahir, sometimes referred to as the “Elvis of Afghanistan.” Recording directly to tape, Safi performed many of the arrangements that appear on Naujawanan Baidar’s debut himself, including those that required traditional instruments such as the Afghan rubab, armonia (harmonium), tabla (Indian), and the sorna (zurna).

Released initially as separate EPs, all of Safi’s recordings under the name Naujawanan Baidar have been folded into a single guide to a world of sound, both ephemeral and utterly affecting. The hazy burn and clutter of acoustic and environment interruptions on “Khyber Sound” give the track an actual sense of space and presence while calling attention to itself as a fleeting artifact of time.

“Midnight Procession” has a similarly transportive quality, as well as a tension that points to some foreboding future- a chilling eminence it shares with the pounding, Hendrix-esque rock ‘n roll pinwheel “Nagin Saaz.” The fever of these edgier cuts is mellowed by the presence of the jangling procession “Chaikhana Transistor,” and the understated, caravan beat “Blood Can’t Clean Blood.”

The society that produced the inspiration for these songs had largely disappeared by the 1980s and any parts of the country's history that pointed to a different future were reduced to the stuff of fairytales. From the 1920’s onward Afghan woman had participated in most aspects of public life and education, and a rising rural middle class had joined with urban professionals to seek and acquire democratic reforms from county’s royal government.

After Communist activists succeeded in gaining control of the government in 1978, albate through a coup, they attempted to institute further social and economic improvements, such as implementing land reform, ending sharecropping, and eliminating the vestiges of religious restrictions that still limited the public life of women in some rural areas.

The combined efforts of US and Saudi backed militants in resistance to these reforms not only forced a civil war and a Soviet invasion that devastated the country’s infrastructure and killed hundreds of thousands of people, but eventually succeeded in reversing the past hundred years of social progress and reulsting in one of the most notorious failed states in modern history.

When the mujahideen finally succeed in overthrowing the government in 1992, it made room for the Taliban to seize power, resulting in all forms of artistic expression being violently suppressed and any place for women in public life entirely evaporating. The eventual catastrophic implications of this horrible end to the war for the US do not require further elaboration here.

To this end, I like to think of Naujawanan Baidar as a time traveler from a more hopeful time. A visitor from a world that was, to a world that did not need to be as it is.